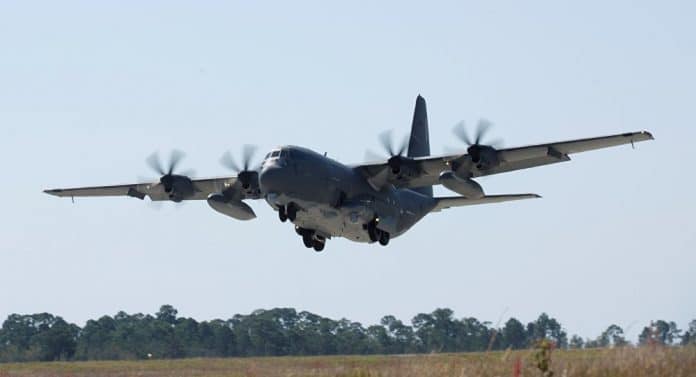 [ Editor’s Note: This is quite an open admission by the US that Russian electronic warfare capability is causing it a lot of problems. But that might have something to do with the US support of the proxy terror wars, and the attacks on Syrian and Russian military assets.

What the Russians are doing is exactly what the US is trying to do. You can bet your booties the Russians are making a huge investment in EW, as it is so cost effective for both defense and offense.

It will be the determinate factor on future major battlefields, particularly in the air as one’s offensive and defensive positions can be made obsolete with a few lines of code. For example, high tech planes can become hugely expensive flying junk heaps if they cannot defeat incoming missiles.

The sparring games going on are done to find out all you can about an adversary’s capabilities so you can get a headstart on counter measures. I suspect the US releasing this “concern” has to do with pumping the Russian military bogey-man hype, without mentioning that with its significantly fewer number of high tech weapons, it cannot wage an attrition conflict with the West. This is why it has concentrated so much on defense, its only feasible option.

Not a word is said about deescalating the current rising tensions. There is no money in that, which I am sad to say, often rules the day … Jim W. Dean ]

The commander of US Special Operations complained during a recent speech in Florida that electronic weapons are “disabling” US aircraft flying in Syrian airspace.

“Right now in Syria we are operating in the most aggressive [electronic warfare] environment on the planet from our adversaries,” General Raymond Thomas said during a speaking engagement at the US Geospatial Intelligence Foundation on Tuesday.

“They are testing us everyday, knocking our communications down, disabling our EC-130s, etc.” the general said, referring to the US Air Force’s Compass Call electronic attack aircraft, Breaking Defense reported. 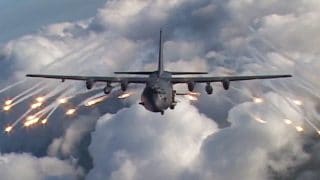 Some reporters attending the event heard the general say AC-130. These gunships also used in US special ops and have at least one electronic warfare officer on their flight crew lists, according to a US Air Force fact sheet.

It’s not clear who exactly Thomas meant when he said “enemies,” but Russia is known to have developed advanced EW capabilities, according to EW specialist Lauri Buckhout, a retired US Army colonel.

“The Russians have redone and reengineered their entire EW fleet in the last 20 years… The Russians put in millions on upgrades after Georgia,” the veteran told Breaking Defense, in reference to the 2008 conflict in the South Ossetia and Abkhazia regions, which Georgia claims as part of its territory but whose self-determination Russia supports.

“They’ve ended up with killer capabilities, jamming in a multitude of frequencies for hundreds of kilometers,” Buckhout said, clarifying that there are other vulnerabilities in US systems that Russian electronic weapons could target, too.

Instead of jamming an EC-130 in a head-to-head fashion, there are easier ways to degrade US capabilities, according to Buckhout. The specialist explained,

“The problem the EC-130s have is that, while they are jamming, the crews aren’t doing much else… they could have gone after the [position, navigation and timing equipment] or the comms.” Russian forces “know all of our vulnerabilities,” the retired US colonel added.

Strategic analysts in the United States observe that one of the most remarkable aspects of Russia’s EW capability is how widely integrated it is across domains.

“We can’t just strip out the EW capability and look at it separately (from) cyber, SIGINT (signals intelligence), air defense,” Roger McDermott, a fellow at the Hudson Institute in Washington, said at an event in February.

“It’s found throughout every arm of service, every branch of service, it’s almost impossible to avoid EW capability, which very much contrasts with western militaries,” he said.

“Russia has integrated electronic warfare and offensive and defense electromagnetic spectrum capabilities into its operations and strategies, in a way not seen from NATO forces in Europe,” USNI News quoted McDermott as saying January 30.