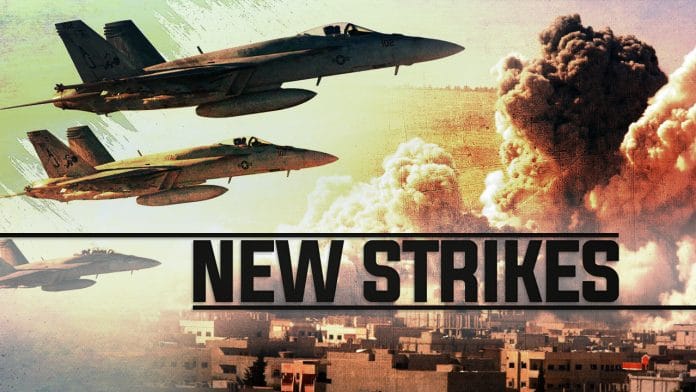 In 2018, the Syrian war entered into a new phase of the conflict marked by the increased tensions among key powers involved in the standoff. The collapse of ISIS’ self-proclaimed Caliphate, which used to be a main formal enemy of both the US-led bloc and the Syrian-Iranian-Russian alliance, has sharpened the contrast between the goals of the two sides.

The Damascus government, Iran and Russia seek to solve fully the militancy using depending on the situation both diplomatic and military means and to restore the Syrian territorial integrity. In turn, real goals of the US-Israeli bloc and their allies are to limit the Iranian influence in the region, to prevent the Assad government from restoring full control even in a diplomatic way of the country and to establish a weak puppet government in Damascus, if this would be possible in some case.

This is why President Trump’s statements about “withdrawing” US troops are followed by reports about new US military facilities under construction in northern Syria. The same reasons are behind the increased Israeli military activity. Tel Aviv would see any strong Damascus government, especially with close ties to Iran, as a threat to its national security.

Since the start of the year, Israel has carried out at least 10 rounds of strikes on targets inside Syria. The most prominent of them is the May 10 incident when the Israeli military carried out a massive strike on multiple targets across Syria justifying its actions with an alleged rocket attack on its positions in the Golan Heights by the Iranian Islamic Revolutionary Guard Corps.

Summing up the reports, the Israeli military launched more than 70 air-to-surface and tactical missiles at over 50 targets, including the Iranian armed units’ deployment sites as well as the positions of the Syrian Air Defense Forces (SADF) units. According to the Russian Defense Ministry, 28 Israeli jets F-15 and F-16 participated in the air raid. They launched at least 60 air-to-surface missiles.

Following the strike, Israeli Defense Minister Avigdor Liberman claimed that nearly all Iranian infrastructure in Syria had been destroyed. Liberman also once again said that Tel Aviv “will not allow Iran to turn Syria into a frontline base for activity against Israel”.

Despite statements by Russian and Syrian militaries that the SADF intercepted over a half of the Israeli missiles, Israeli missiles delivered notable damage to the military infrastructure of pro-government forces in Syria. Summing up, the Israeli May 10 attack was more successful than the April 14 missile strike by the US, France and the UK.

It should be noted that the Israeli strike took place less than a month after the April 14 incident when the US, France and the UK launched 105 missiles on targets inside Syria. Then, the Pentagon claimed that all the missiles hit their targets. However, the Russian military demonstrated vestiges of intercepted and unexploded missiles debunking the Pentagon’s version. According to the Russians, only 22 missiles hit their targets, 66 missiles were intercepted and a part of the missiles failed to reach their targets by different, apparently technical, reasons. Then, the experts suggested that the Russian military had possibly used its state-of-the-art electronic warfare systems and provided the SADF with operational data from its technical reconnaissance net, including satellites and other surveillance means.

There are two key factors explaining the difference in the results of the US-led and Israeli strikes:

In this situation, the interception of over a half of the launched missiles can be described as a success of the Syrian military.

Furthermore, some experts believe that one of the goals of the attack was to check current capabilities of the SADF, which Washington did by Israeli hands. The received info will likely be used by the US and Israel for planning of their further operations in the region.

As tensions between the Israeli-US-led bloc and Iran are growing, Syria could easily become a battleground of their direct military confrontation. In the general case, Israel will continue to carry out strikes on military infrastructure of Syria and Iranian forces operating in the country.

If Israeli attacks result in successes, the US may decide to carry out a new attack on Syria using the obtained experience.