The post-conference wrap-up session for the 6th New Horizon Conference just finished an hour ago. Its theme “Jerusalem al-Quds: Eternal Capital of Palestine” was painfully timely, since Trump chose this week to move the US Embassy to Occupied Jerusalem al-Quds and tear up the Iran nuclear deal in acts of obsequious fealty to Netanyahu. Meanwhile, Israeli sharpshooters mowed down thousands of unarmed Palestinians with live gunfire and exploding bullets. Being here in Mashhad for this event was an act of protest against such insane barbarity—as I will tell the DHS interrogators when I arrive home in the United States.

In the past, people with US government backgrounds and Israelis were off limits due to the Iranian government frowning on issuing visas for such people. I argued strenuously for including them, and am very happy to see the Iranian decision-makers choosing to do so.

Below is the final statement I read aloud at the conclusion of the Conference.

New Horizon Conferences, held fairly regularly in Iran, bring together dozens of the world’s most provocative thinkers and activists.  I have attended five of the six New Horizons Conferences and can unequivocally affirm that they are the most interesting intellectual get-togethers I have ever experienced.

Attendees represent a considerable portion of our planet’s national, ethnic, linguistic, and religious diversity. They also represent wildly diverse projects and ideologies. But I believe all participants agree on two things: We support the transition from a unipolar world system to a multipolar one; and we support the liberation of Palestine.

This year’s conference coincides with Trump’s moving the US Embassy to Occupied Jersualem. Trump’s move symbolically supports the Zionist claim to Jerusalem—a claim that grossly violates international law, basic justice, and simple common sense. The notion that tribalist fanatics purporting to represent fewer than 20 million Jews (most of whom are not especially religious) should invade, occupy, ethnically cleanse, and assert sole ownership of a land that is holy to roughly four billion people, virtually all of them Christians and Muslims, is an absurdity and an abomination. There is only one possible response to such a ludicrous and criminal project: This will not stand!

Participants in the New Horizon Conferences have come to their shared anti-Zionist position from a wide variety of starting points. Some, especially those of us who were educated in the West, began as true-believing adherents of the religion of secular humanism, which holds the human being and his or her individual aspirations (life, liberty, and the pursuit of happiness) as the one thing that is truly sacred. Corollaries of this secular humanist religion, which is the dominant creed of Western elites, include an individualist conception of human rights; special protected status to “oppressed minorities” that include majorities (women) and economically privileged groups (Jews, homosexuals); belief in never-ending “progress”; sacred and unquestionable narratives of mass human sacrifice events  (the Holocaust, 9/11); a materialist rather than spiritualist worldview; and a patronizing dismissal of traditional religion.

The secular humanist religion of Western elites is rarely recognized as a religion by its adherents, in the same way that fish are rarely aware of water. It is only when the fish leaves water that it becomes aware of what it used to be swimming in. Likewise, when those of us formed in an orthodox Western milieu come to New Horizon conferences in Iran, we often experience intellectual culture shock when we encounter the worldviews of those who have left Western elite orthodoxy even further behind than we ourselves have. And although we may in fact have good reasons for disagreeing with some of the unorthodox perspectives we encounter in Iran, we should also remain humble enough to recognize that we may have something to learn from them. In that spirit of the eternal quest for truth through questioning and humility I wish all of you a pleasant and productive return home. May God bless and protect you and help us all work together for a better world. 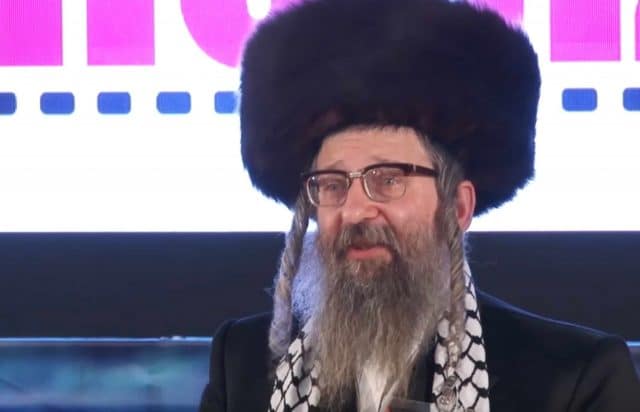