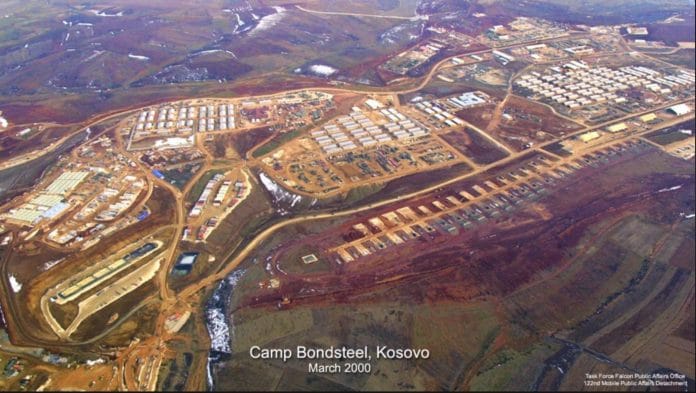 Throughout the Cold War, NATO was advertised as a defensive alliance. That was not really the case then, and certainly hasn’t been since, with NATO engaging in interventions and regime change from Bosnia to Libya.

Though the alliance’s founding document was signed in April 1949, it wasn’t until a year later that the foreign ministers of the 12 member countries sat down in London to give shape to the North Atlantic Treaty Organization. On May 18, 1950, led by US Secretary of State Dean Acheson, they signed a communique establishing the permanent structures of NATO.

“This business of building for peace is a very grim business, and it has to be worked for day in and day out,” British Foreign Minister Ernest Bevin said after the meeting.

How much NATO was really into “building peace” became clear in 1954, after the death of Stalin, when the Soviet Union’s new leader Nikita Khrushchev asked to join the alliance. Not only did NATO say no, the alliance invited West Germany to join. The date chosen for the occasion was symbolic: May 9, the tenth anniversary of Nazi capitulation in the Second World War.

Security experts say Germany’s military is virtually undeployable. For example, none of its submarines are operational and only four of its 128 Eurofighter jets are combat-ready. https://t.co/OZe8bARaek

The USSR saw this as an open provocation, and responded by establishing the Treaty of Friendship, Cooperation, and Mutual Assistance, also known as the Warsaw Pact.

After the Warsaw Pact dissolved in 1991, NATO not only remained in existence but expanded its membership and mission, usurping the role of the UN by openly intervening in Yugoslavia. The alliance’s first military action was in Bosnia (1994-95), followed by an all-out war against the remnant Yugoslavia (1999) and the subsequent occupation of the Serbian province of Kosovo. 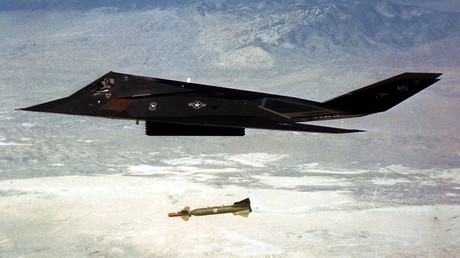 From Srebrenica to Syria: How the US replaced the UN as ‘world police’

NATO has also taken part in the US war in Afghanistan since 2001. The alliance did not officially join the 2003 illegal invasion of Iraq, though many members chose to join George W. Bush’s “coalition of the willing.”

The most overt NATO military action since 1999 was the 2011 intervention in Libya. It unfolded in much the same fashion as the mission creep in Bosnia, only much faster. Within hours of the UN Security Council authorizing the establishment of a no-fly zone over Libya on March 19, the US, France, UK and Canada began airstrikes.

NATO officially took over the war on March 31, flying 26,500 sorties during Operation Unified Protector until the death of Libyan ruler Muammar Gaddafi in October.

Drive to the East

Though US Secretary of State James Baker assured the Soviet leader Mikhail Gorbachev that NATO would not expand “not one inch eastward” if Germany reunified, the alliance did just that. Poland, Hungary and the Czech Republic were officially admitted into NATO even as alliance warplanes were bombing Yugoslavia in April 1999.

Bulgaria, Romania and Slovakia joined in 2002. The last former Warsaw Pact country, Albania, joined in 2009. The alliance has also expanded to include the former Yugoslav republics of Slovenia, Croatia and Montenegro, as well as the former Soviet republics of Estonia, Latvia and Lithuania, bringing NATO to Russia’s doorstep.

As if that wasn’t enough, NATO pushed further, into Georgia and Ukraine. Believing NATO had his back, Georgian President Mikhail Saakashvili attacked Russian peacekeepers in the disputed region of South Ossetia in 2008. His NATO-trained military was disarmed in six days. NATO has continued to flirt with Georgia since, though the current government in Tbilisi doesn’t appear eager for another war with Russia.

The most recent escalation of tensions with Russia began in 2014, after the US-backed regime that took over Ukraine in a February 2014 coup. Alliance troops have since set up bases in the far west of the country, and have been providing weapons, supplies and training to Kiev’s military and neo-Nazi militias to “counter Russian aggression.”

Under the guise of “deterring Russia,” NATO has also established permanent military bases in the Baltic States, Romania and Poland, and conducted a series of massive military drills right on the Russian border. Russian Foreign Minister Sergey Lavrov has condemned the troop buildup, saying in February that Washington is using an “imaginary Russian threat” to ensure its dominance in Europe.

The alliance’s first secretary general (1952-57), Lord Hastings Lionel Ismay, reportedly once said NATO’s purpose was to “keep the Americans in, the Russians out, and the Germans down.”

NATO’s behavior since the 1990s shows not only that it has become an aggressive, expansionist body, but one serving the foreign policy priorities of the US first and foremost. With Europe now contemplating breaking from Washington over Iran, its leaders would do well to keep Ismay’s words in mind.

Tusk on Trump: ‘friends like that, who needs enemies?’ pic.twitter.com/ShWDlxBws9