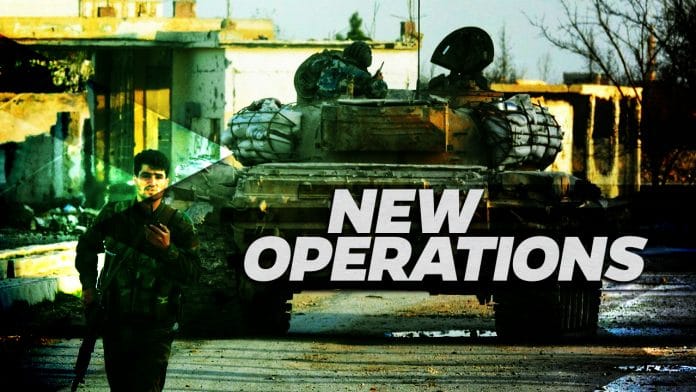 On May 17, missile sirens were activated in the Israeli-occupied Golan Heights and Israel’s Iron Dome air defense system launched at least one missile. Immediately, multiple speculations appeared over the incident.

Some sources claimed that the Iron Dome had intercepted a rocket launched from southern Syria. Others argued that an unmanned aerial vehicle (UAV) had been shot down over the Golan Heights. However, the Israeli Defense Forces revealed that the incident had been triggered by a false alarm.

Tensions between Israel and Syria reached their peak on May 10 when over 50 rockets were launched on Israeli targets in the Golan Heights from Syria and Israel carried out a massive strike on Syrian and Iranian forces. Since then, the situation has remained tense.

At the same time, the Syrian Arab Army (SAA) is reportedly preparing for a military operation against militants in southern Syria. On May 16, helicopters of the Syrian Arab Air Force drooped thousands of leaflets over the Lajat region in northeastern Daraa calling on militants to surrender their weapons and to accept a reconciliation deal. Such leaflets are often dropped ahead of major advances.

An SAA officer told SouthFront on May 17 that SAA units around Damascus are indeed preparing for a possible military operation in the provinces of Daraa and al-Quneitra. If such a military operation is really launched, it may trigger a further escalation between Syria and Israel. Tel Aviv has contributed significant efforts to prevent the SAA from retaking the militant-held areas in southern Syria. Israel has provided direct supplies to militant groups and has repeatedly bombed positions of the SAA during its clashes with militants. Now, all these efforts may turn to dust.

In southern Damascus, the SAA and its allies have reached the Palestine roundabout between the district of Tadamon and the Yarmouk refugee camp as well as has captured a number of buildings in the northwestern part of the district of al-Hajar al-Aswad.

Summing up the recent developments it becomes clear that ISIS faces its last weeks in southern Damascus as the terrorist group does not have enough resources to oppose the ongoing advance by government forces.

On May 17, Syrian President Bashar al-Assad visited the Russian city of Sochi and held a meeting with his Russian counterpart Vladimir Putin. The presidents discussed the current situation in Syria, including the progress of the political process. The meeting took place after another round of the Astana talks on the Syrian conflict, which was held in the Kazakh capital on May 14 and May 15.