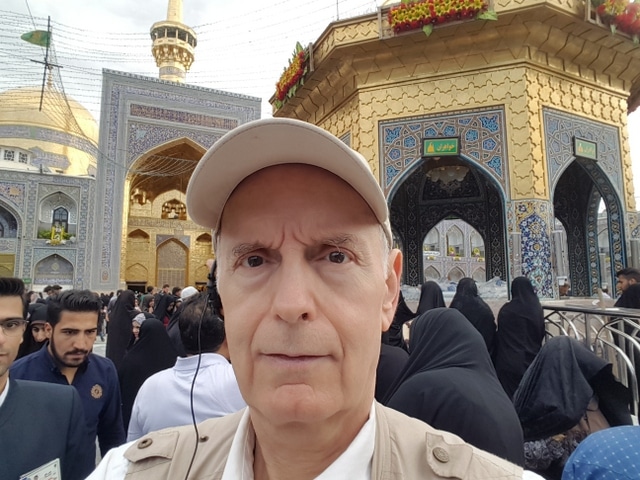 A message from Iran from Foreign Minister Javad Zarif

[ Editor’s Note: I got back from Iran just yesterday so have a lot of catching up to do. We did not have much time to stay current on news, as the New Horizon Conference was three days, and then three more on the road for talks and lectures. We were fully engaged every minute.

They divided the 50 of us between 20 Iranian cities. They had not done this with the past conferences, but it was hugely successful for all parties involved.

The conference got more domestic media than ever before; and we were mobbed with interviews during the conference, even causing me to miss being on a panel once.

During my last event in Bandar Abbas, a press conference with 24 attending, I polled the reporters as to how many had ever seen me on Press TV or read one of my articles. The response was zero. None of them spoke English; and the interpreter quickly explained that Press TV was only followed by those who could.

The difference this time was that our interviews were being translated into Farsi. This caught me flatfooted, as I had just assumed that, with Iran’s well-known educational system, many professional people, especially in media, spoke English. So I tripped myself up via the age-old goof of making an assumption without checking it out first.

The trip was just fabulous. There is no substitute for being there on the ground and talking to people directly. When introducing myself as editor, I presented VT as an intelligence website of Cold War era people from over a half dozen countries, united in fighting back against the bane of military people being abused as mercenaries to serve multinational corporations.

They all grasped that right away. We were shunned by no one, even when addressing conservative religious groups, with the usual ladies-in-black section, and imams on the front row. We were treated like rock stars most of the time. We probably had half a dozen various documentaries being made of the event.

We had difficulty leaving the closing ceremony because we got mobbed by people wanting selfies with us. The security people had to escort us out to the waiting vans to take us back.

There are so many stories to tell it will take a series to cover them, but Zarif’s address below is something I had missed, a nice tight delivery, not as tight as a Trump Tweet, nor as worthless.

I want to thank all of the crowd-funding supporters, as I dipped into those funds to cover incidental expenses that were needed for the trip. I came back with a ton of media, 4K photos and lots of Samsung 6 video, which I will be weaving into the follow-up articles… Jim W. Dean ]