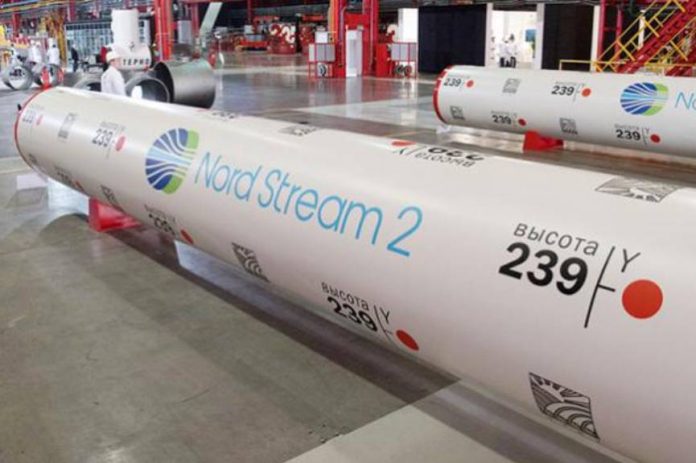 “The US is looking for sales markets. We can understand this, and we are prepared to take effort to ensure this gas reaches Germany easier. Presently, however, it remains much more expensive than the gas delivered via the pipeline,” the minister told ARD.

In addition, if the US does not change its tactics of behaviour and continues thinking only of its economic interests, then Europe will act similarly, the minister added.

Earlier, Us officials said that the United Stats may impose sanctions on the companies involved in the implementation of the Nord Stream 2 project. US Assistant Secretary of State Sandra Oudkirk said that Washington could consider retaliatory measures within the framework of Countering America’s Adversaries Through Sanctions Act. She explained the US position as follows: the construction of the gas pipeline will strengthen Europe’s dependence on the Russian natural gas.

Nord Stream is an offshore natural gas pipeline from Vyborg in the Russian Federation to Greifswald in Germany that is owned and operated by Nord Stream AG. The project includes two parallel lines. The first line was laid by May 2011 and was inaugurated on 8 November 2011. The second line was laid in 2011-2012 and was inaugurated on 8 October 2012. At 1,222 kilometres (759 mi) in length, it is the longest sub-sea pipeline in the world, surpassing the Langeled pipeline. It has an annual capacity of 55 billion cubic metres (1.9 trillion cubic feet), but its capacity is planned to be doubled to 110 billion cubic metres (3.9 trillion cubic feet) by 2019, by laying two additional lines.

SOURCEPravda Report
ATTENTION READERS
Due to the nature of independent content, VT cannot guarantee content validity.
We ask you to Read Our Content Policy so a clear comprehension of VT's independent non-censored media is understood and given its proper place in the world of news, opinion and media.