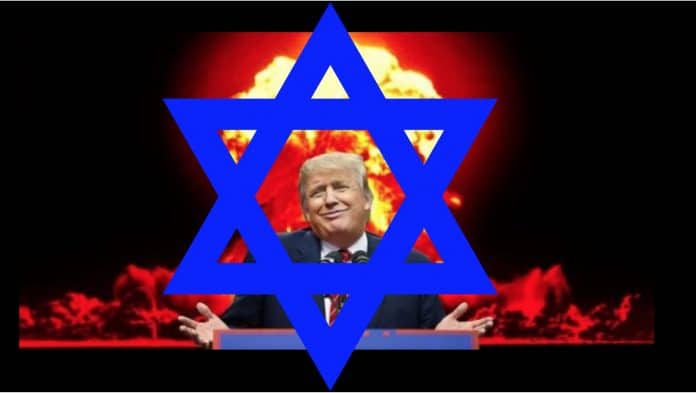 The signatories to the Joint Comprehensive Plan of Action (JCPOA), better known as the Iran nuclear deal, announced yesterday that they have found a way to “fix” the deal to make it acceptable to US president Donald Trump.

Iranian Foreign Minister Zarif explained: “After lengthy Twitter discussions with the White House, we learned that Trump had only one real objection to the deal: Obama got credit for it, not him. So we decided to keep the deal intact, including the acronym, but change the name to honor Trump. From now on, instead of Joint Comprehensive Plan of Action, JCPOA will stand for Joint Comprehensive Plan of Asshole.”

Trump claimed the new version of the deal is “a much, much better deal, a beautiful deal. It’s named after me now, right?” Assured that it was, the President tweeted his approval, shook hands with the P5+1 ministers, and chalked up another unexpected foreign policy triumph.