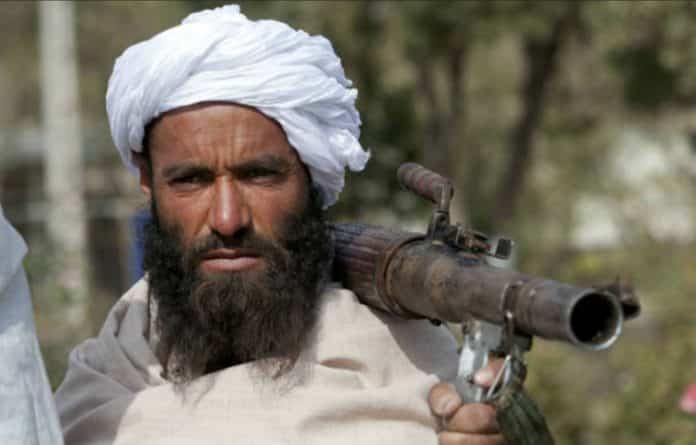 Since April 2018, some peace-related meetings and gatherings, for the sake of creation of national consensus, became convened by civil society activists, religious scholars, professors, youths, and ethnic leaders. Moreover, a number of important international conferences including the Kabul Process and the Tashkent Conference became convenved to discuss Afghan peace as well.

Protests on supporting peace have been carried in Kabul, Helmand, Paktia, Herat, Balkh and several other provinces. On 11 May 2018, A conference of religious scholars of Afghanistan, Pakistan and Indonesia on Afghan peace became convened. The fate of peace still looks unlear and there is no honesty seen in it; however, American and domestic Afghan media broadcasts the remarks such as bringing the Taliban into negotiation table by using forces and issuance of religious scholar’s fatwa against thier war.

Parties involved in the Afghan war (America and its allied countries, Afghan government and Taliban), every one of them should have an official confederate address for peace. Currently, Afghan government has an address under the banner of High Peace Council (HPC), however not only its power and authorities are limited but also there is a gap of lack of one peace-related address seen inside the Afghan government.

America, that leads the coalition forces in Afghan war, is yet to be persuaded to create an address for peace, and thus get away from its responsibility.

Taliban still has not got an internationally recognized official address for peace talks; therefore, as long as there are no recognized and agreed addresses existed for peace, every kind of peace-related meetings and gathering would end without any result.

Leader of National Unity Government (NUG), to a large extent, offered positive proposals regarding peace during the second meeting of the Kabul Process conference on 28 February, 2018; however, the main factor of war, which is presence of foreign troops in the country, had been neglected in it as it was, again, done during religious scholars’ meeting in Indonesia. The war will continue and it will be difficult to reach peace until the main reason of war (the foreign troops) has presence in Afghanistan.

As the Taliban did not responded the peace proposal of the leader of NUG, it looks like this trend will continue until the Taliban possess an official internationally recognized address.  Because, till that moment, every response of Taliban will be considered unofficial and just as the response of any other unofficial armed group in the world; given that if the response was acceptable to the international community, then, it will be given importance; otherwise, it will be counted as a response of just an armed group and will not have any importance, i.e., as the international and domestic media report that a shadow spokesperson of Taliban, Zabihullah Mujahid, the shadow governor of Taliban and etc.

Some mujahedeen leaders, reside in Peshawar and Islamabad, who were immediately rejecting direct peace talks with Dr. Najibullah without any consideration are in Kabul now, forgot their own experience, and accuse the Taliban of being puppets of others when it comes to face-to-face talks with the Afghan government. At that time, the mujahedeen leaders eventually met Nikolay Kozyrev, the foreign minister of former Soviet Union in Islamabad on August 12, 1991 and talked about the upcoming government sturcture of Afghanistan. They, once again, met Alexander Rutskoy, the Vice President of former Soviet Union a delegation headed by Sebghatullah Mojaddidi in Islamabad on December 21, 1991 and talked about the exchange of prisoners.

Quoting from the book of Mujahedeen in Moscow (Talks with Russian), the mujahedeen delegation arrived in Moscow after the Islamabad meetings and during a meeting with Shevardnadze, the foreign minister of former Soviet Union in November 1991, Professor Rabbani, the foreign minister of mujahedeen’s interim government told him that: “you talked about dialogue with the regime, we explicitly said it, and we also told the UN Secretary-General, that no Muslim Afghan is ready to take part in a dialogue whose one side is the Najeeb Regime, and it is impossible to have dialogue with Najeeb. You, Russians, have tried those involved in coup d’etat of August? So, how can we sit to talk with the murdered of our own nation? This issue is accepted neither by justice nor by us or you. Dr. Najeeb has killed one and a half million Afghans, so how can we let him take part in our future decisions. As you say, the Soviet Union cannot do anything about this issue, we say that the crimes of the regime are related to your assistance.”

Some Afghans say that the Taliban intensified its fighting after Obama (February 2013) announced the withdrawal of American troops from Afghanistan till end of 2014; however, the Strategic Agreement had already been signed by former Afghan President, Hamid Karzai and former US President, Barack Obama in 2 May, 2012 and the joint committee for signing the Bilateral Security Agreement was operating in order to officially provide America with bases in Afghanistan and to have the agreement become signed.

After signing the Strategic Agreement, Obama doubtfully declared the withdrawal of his forces from Afghanistan without consulting with the Afghan government, UN and or having an understating with the Taliban. The announcement was not trustworthy and it would be better if Obama had declared the withdrawal of American troops as a result of an understanding.

Some Afghan officials, explicitly and insistently, say that after the Taliban attacked on Kunduz City and took its control, America became obligated to keep its troops in Afghanistan. Because, the Taliban stormed on the city immediately after German and NATO forces left Kunduz. Meanwhile, the Taliban intensified their fighting in Helmand and other areas instantaneously after America and NATO forces let those areas.

Although, they do not rethink about signing of Bilateral Security Agreement (BSA) with America on 30 September, 2014 by Dr. Ghani two day after he took power. BSA provides America with 9 bases in the country where American troops would be deployed; that’s why Americans were trying to transfer their troops from some areas to these bases in order to become safe from causalities.

On 28 September, 2015, almost one year later from signing of BSA, Taliban attacked on Kunduz and brought the city under their control for a few days, and they, once again, took control of the city for one week on 2 October, 2016. Meaning that the Taliban severed its fighting after signature of BSA; they had never made a province to collapse before signing of the BSA.

The war is getting severed day by day and Afghan security forces control only the centers of districts in remote areas and almost 60 districts are fully under control of Taliban. On May 15, 2018, Taliban brought a lot of areas of Farah City in its control, took a lot of military equipment and left the city at the night. On 16 May, they, once again, attacked the city at night and brought some areas of the city under their control.

The Ghazni-Paktika highway is closed by the Taliban and they have presence and operate in 2-3 kilometers of provincial centers of Helmand, Uruzgan, Baghlan, Kunduz, Ghor, Badakhshan, Sar e Pul and Badghis provinces.

Some Afghan politicians emphasize that why Taliban insist on having face-to-face talks with America; in the case, when Obama arrived in Bagram air base for the second time in May 25, 2015, met his troops and neither met President Hamid Karzai nor provided him with the protocol as a President of an independent country and also Hamid Karzai was neither aware of his arrival in Afghanistan nor he became informed on his departure. Moreover, When US Secretary of State Rex Tillerson arrived in Bagram air base asked the leaders of NUG (Dr. Ghani and Dr. Abdullah) to come to Bagram air base for meeting; the both leaders attended the meeting and met him in Bagram on October 23, 2017.

Another major problem is that American and Afghan officials present misguided ideas about peace; for example, on 19 March, 2018, Gen. Nicholas said: Taliban are under heavy pressure and they have expressed interest in peace and will increase political, religious, local and regional pressure on them, and he also mentioned the Ulema meeting in Indonesia and hoped that it would be issue a fatwa on rejection and illicit of the Taliban war.

In the meantime, after the joint meeting of Ulema from Afghanistan, Pakistan and Indonesia convened on May 11, 2018, Afghan media and Afghan politicians’ remarks in contradiction of original resolution is still continued.

Peace is a good slogan of elections and thus Afghan politicians try to increase the number of their fans through talking about peace; however, the insignificant participation of Afghan nation in the elections registration process indicate that the people cannot be fooled with fake peace slogan; instead, they want real peace.

It is interesting that, on the one hand, the peace proposal, and on the other hand, increase in bombardment, killing and imprisoning that is contradictory, shows the difference between saying and doing of American and Afghan officials.

The US decision on recognizing Jerusalem as the capital of Israelis and transferring its embassy from Tel Aviv to Jerusalem will have more negative impact on Afghan peace.

As much as we (Afghans) need peace and good ties with the world that much, and more, the US needs to. For now, a lot of countries in the region challenge its military, economic and regional interests. Russian, China, Iran and Pakistan try to make a challenging special block against American interests where Turkey will be also its member. In such circumstances, America should take the Afghan issue seriously and assess it using academic and rationale standards and make decisions which to be resulted in ending the long war in order for the Afghan and American nations to breathe peace and stability. If America still insists on war, undoubtedly, America is the loser and Afghan nation is the winner.