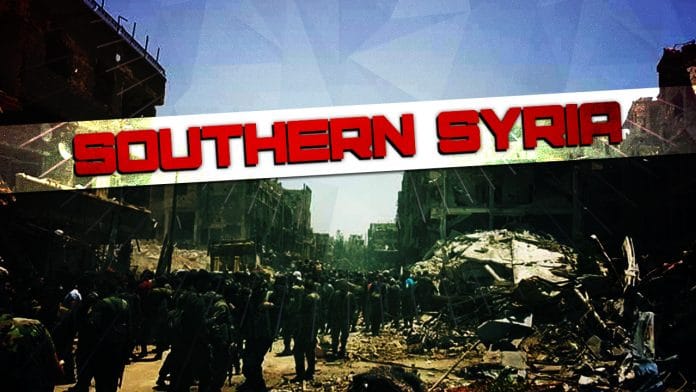 Late on May 21, Russian air defense systems, allegedly a Pantsir-S short to medium range system, launched at least four missiles at “unidentified” targets over the Khmeimim air base in Syria, according to local sources.

Later, the Russian military revealed that one unmanned aerial vehicle (UAV) had been shot down. No damage or casualties occurred as a result of the incident.

A similar incident took place on April 24 when Russian forces shot down at least two UAVs armed with projectiles.

The repeated UAV attacks on Russian facilities in Syria are another sign of the changing situation in the country. After a de-facto military defeat of militants in central Syria, they have shifted their activity to sabotage operations, which may allow them to get more public attention from the media and support from their foreign sponsors.

Syrian experts also believe that the possibility of terrorist attacks in the liberated areas is growing.

On May 21, the Syrian Defense Ministry officially announced that government forces had fully liberated southern Damascus from ISIS thus securing the entire countryside of the country’s capital. According to an official version, there was no deal with ISIS. However, photos and videos from the ground confirm that a group of terrorists and their relatives was indeed allowed to evacuate from the besieged area.

Reports also appeared that General Suheil ‘the Tiger’ al-Hassan, a commander of the elite Tiger Forces, has moved to southern Syria in order to prepare and oversee the expected operation against militants in the province of Daraa. However, this still has to be confirmed.

Depots with weapons produced in NATO member-states and production facilities for explosives have been found by the Russian Center for Syrian reconciliation and government forces in the settlement of Zaafarana in the province of Homs.

“We can see here a large number of gas masks, weapons produced abroad, for example, TOW-2 anti-tank guided missiles. The facilities are very well-equipped,” the center’s representative Andrey Nekipelov said on May 21 commenting on the discovered facility, which had belonged to Hayat Tahrir al-Sham (formerly Jabhat al-Nusra, the Syrian branch of al-Qaeda).

Iranian Foreign Ministry spokesman Bahram Qasemi announced that his country is going to keep forces in Syria at the request of the Syrian government and nobody can force Teheran to do anything because it “has its own independent policies”.

“Those who entered Syria without the permission of the Syrian government are the ones that must leave the country,” Qasemi noted.

Meanwhile, US Secretary of State Mike Pompeo threatened Iran with “the strongest sanctions in history” if Tehran does not comply with the initial list of 12 demands, which includes the withdrawal from Syria, disarming Iranian-backed militias in Iraq, halting support to Hezbollah and ending its missile program. In other words, Pompeo demanded from Iran to stop prusuing an independent policy in the region. Tensions between the US and Iran are increasing.