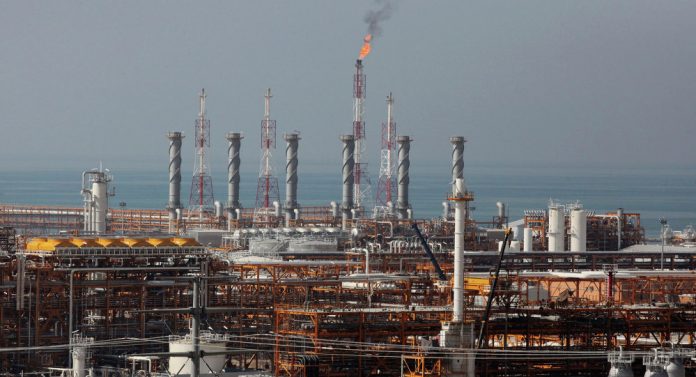 ‘Chinese Were Prepared, EU Companies Were Not’ for US Iran Sanctions – Analyst

[ Editor’s Note: The financial trade-war battle lines are beginning to form, and will have long term consequences. All countries with heavy US debt or business dealings inside the US will be in charge of their own foreign policy in name only.

Trump the gangster, with his gangster friends in a similar line of work, will use the US as an extension of their criminal empires, to take everything they can get, and of course share their booty with the political establishment to make sure they are never investigated, much less taken down.

Frankly, I feel Robert Mueller is the one person who may be able to turn this whole thing around. But he will have to face off against all the power of the Deep State to be successful. By that I do not mean he can take Trump down by himself.

But if Mueller can put serious charges with solid evidence on the table with Congress, the monkey will be on the Senate’s back. It will be given two choices it doesn’t like – to throw Trump to the wolves, and to put VP Mike Pence in his place, hoping that will take the wind out of Democrat sails for regaining the presidency and one or two houses of Congress.

My bet is that if the Republicans feel Trump threatens their behinds, he will be sacrificed. That is just business as usual in Washington; and Trump would do the same, a political version of a bankruptcy where you save yourself to fight another day.

All countries not on the sanctions target list will have to find a big-brother protector or face being picked off like Maduro. Venezuela is now the poster child of how long the US will batter a country that resists US domination.

Syria is one suffering under proxy terrorism of the West’s hegemony, while the EU receives the “lite” version with its current tariff threats, plus losing the anticipated Iran trade, or even helping Iran to rebuild itself after its long pummeling from sanctions.

News came out this week that the EU has had declining domestic investment in its economies for the past decade, with no change in sight. This stems from the Deep State and banksters continuing to pull capital out of business circulation and depressing the middle class, which pushed down consumer spending and growth potential.

The Deep Staters are laying the groundwork for a big crash, when major assets can be picked up for ten cents on the dollar. They practice this kind of warfare fearing no arrests or prosecution for conspiracy or for “financial terrorism” – a term I feel should become part of our tool kit.

The current trade war chapter has Iran down range on the shooting gallery. The EU desperately needs any large foreign market opportunity for investment. There are not many expanding economies, quite the opposite.

The EU wants to keep all it has with the US, including Germany’s large trade surplus with the US, plus bringing the Iran business online. If Trump uses his wrecking ball on Iran, the only option the EU can employ to replace that lost business is to end the sanctions with Russia. The German opposition party has already suggested doing this.

I fear there will be a lot of roadkill before this is over, which might even include Mr. Trump himself, per Gordon’s comments on the FBI finding its way to his door for background material on the ten-ring geopolitical circus we are inside now… Jim W. Dean ]

Sputnik: How serious is CNPC about acquiring Total’s stake in the South Pars gas project in your opinion?

McGregor: Definitely if it’s available to them they will certainly look at the deal and the way the Chinese do business is that they don’t make an announcement unless they are going to do something.

They are very secretive about this kind of stuff, so unless there is some weird bluff, there’s no reason for them to make an announcement unless they are very serious. Chances are they are already taking action and they have already moved forward on it and they are just waiting to sign the deal to see what Total does.

The Total energy giant in France and you do have these sanctions and then Trump has promised on campaign trail that he was going to create problems for Iran, so there should be no surprise.

Sputnik: CNPC could not become the target of US sanctions against Iran?

McGregor: I am sure it might happen but I am pretty sure they are protected. You also need to realize that Total is doing business in America so they are just making a smart business decision. If we go forward with Iran we lose our American business.

So they are going to have to throw someone under the bus and it’s going be the Iranian people, because they know that if they risk anything and they lose their American market, they are bankrupt. They can lose everything.

The CNPC they focus more on the emerging markets, on the Chinese market, so their connections with the Americans are not as strong as, say Total’s is. So there is less risk for them to do it even if they face any type of retribution or penalties from it. It’s just a smart business decision on all sides.

Sputnik: How would Total’s withdrawal from the South Pars affect the project itself and its future?

McGregor: Well CNPC would basically just take it over and reinvest and they will make money from it. It will be business as usual, it’ not going to be anything shocking or disturbing. Total will at least get some type of return on investment because they can sell it off to CNPC. So at least they can get some money from that.