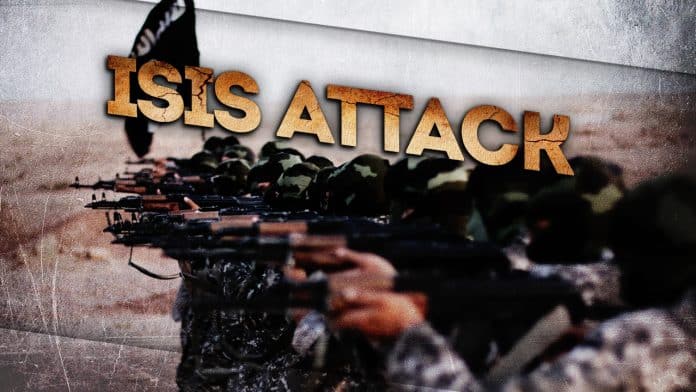 On May 22, ISIS attacked positions of the Syrian Arab Army (SAA) near the T3 pumping station, near the city of Palmyra, in the province of Homs. The attack started with the explosion of a suicide vehicle-borne improvised explosive device. Then, ISIS infantry stormed the SAA positions. However, the advance was repelled.

According to pro-government sources, at least 16 SAA soldiers were killed, 14 others were injured and a few vehicles were damaged or destroyed. Pro-militant sources claim that the number of killed soldiers was at least 30.

These were probably the biggest ISIS attacks on government positions since the formal defeat of ISIS in the Euphrates Valley. ISIS units in the Homs-Deir Ezzor desert are still a notable security threat.

Considering that a group of the ISIS terrorists evacuated from southern Damascus will likely end up route in this desert area. The security threat will grow even further.

After the liberation of Yarmouk, the Syrian military has started redeploying its forces, including battle tanks, artillery pieces and rocket launchers, from the Damascus countryside to southern Syria. These reports as well as alleged arrival of the one of the most prominent Syrian military commanders, General Suheil ‘the Tiger’ al-Hassan, have already caused a disagreement among militant groups in the province of Daraa.

Militants operating in the villages of Nahaj and Mahjeh have requested negotiations with the Syrian government and its Russian backers on the terms of a possible reconciliation deal.

Some pro-government sources speculated that some Nahaj militants have even started surrendering weapons. But this is still unconfirmed.

According to Syrian experts, if Daraa militant groups reject a reconciliation deal and refuse to surrender weapons, a military operation in the area will become inevitable.

F-35I stealth fighters from the Israeli Air Force (IAF) have participated in strikes on Syria, IAF commander Maj. Gen. Amikam Norkin said at the IAF Senior Air Force Conference in Herzilya on May 22.

According to Maj. Gen. Norkin, the F-35I stealth fighter did not participate in the last strike in Syria but did in two previous ones.

Currently, Israel has nine F-35I warplanes. The IAF is expected to receive a total of 50 jets to make two full squadrons by 2024.