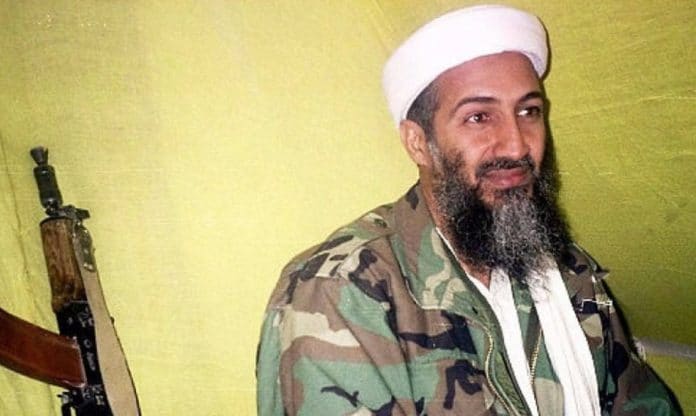 On September 24, 2001, a dying Osama bin Laden released his last statement to the world. It is published below, the full CIA transcript with no redactions or editing. In this now declassified but heavily suppressed document, bin Laden describes the role of the Deep State in 9/11:

Bin Laden’s words – and we assert these are his last words – mean much more today than they did even while the ruins in New York and Washington were still smoldering. One might note that the “jet fuel” fires in New York burned for months, billions of BTU’s melting boots well into 2002.

Bin Laden will explain the world today and tell the truths that warned the world of what was to come. His words are riveting.

In March 2007, during an interview with Amy Goodman, former NATO commander, General Wesley Clark told of plans drafted by White House advisor and admitted architect of the Iraq War, Paul Wolfowitz, to invade 7 Middle Eastern nations including, not just Iraq, but Syria and Iran.

The election of Barack Obama may have offset their timetable, but in light of Clark’s revelation made 11 years ago and “buried”, and bin Laden’s transcript, published below, events today are able to be seen in a different and perhaps “Hitleresque” light.

“In A Time to Lead: For Duty, Honor and Country, published by Palgrave Macmillan last month, the former four-star general recalls two visits to the Pentagon following the terrorist attacks of September 2001. On the first visit, less than two weeks after Sept. 11, he writes, a “senior general” told him, “We’re going to attack Iraq. The decision has basically been made.”

Six weeks later, Clark returned to Washington to see the same general and inquired whether the plan to strike Iraq was still under consideration. The general’s response was stunning:

“‘Oh, it’s worse than that,’ he said, holding up a memo on his desk. ‘Here’s the paper from the Office of the Secretary of Defense [then Donald Rumsfeld] outlining the strategy. We’re going to take out seven countries in five years.’ And he named them, starting with Iraq and Syria and ending with Iran.”

While Clark doesn’t name the other four countries, he has mentioned in televised interviews that the hit list included Lebanon, Libya, Somalia and Sudan. Indeed, he has described this same conversation on a few occasions over the past year, including in a speech at the University of Alabama in October 2006, in an appearance on Amy Goodman’s “Democracy Now” broadcast last March, and most recently in an interview with CNN anchor Wolf Blitzer on “The Situation Room.”

On “Democracy Now” he spoke about the meetings and the memo in slightly greater detail, saying that he had made the first Pentagon visit ‘on or about Sept. 20.’”

The Death that was not a Death

The world has never been told the truth about Osama bin Laden and 9/11. On December 11, 2001, the Pakistan Observer published an article announcing bin Laden’s death. They are generally a respected news source; and news agencies around the world, including Fox News and others in the US, reported the same.

Moreover, in 2009 I was given direct access to documents at the headquarters of Pakistan’s intelligence and information agencies, the ISPR and ISI, where I met with directors of both agencies.

We reviewed their files, along with other intelligence, and then had a roundtable discussion with their top analysts in a secure location in Rawalpindi. 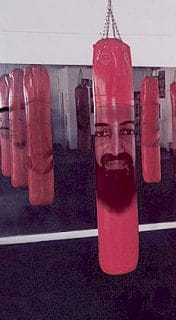 They said bin Laden was dead, that they had captured and interrogated witnesses, as grim pictures raced through my mind, but they were clear.

Thus, when bin Laden showed up years later only to be “buried at sea” and his killers, a Navy SEAL team to suffer a catastrophic helicopter crash only days later, it became clear that the entire bin Laden story is a hoax.

Bin Laden was kept alive as a “deception and cover” operation by the intelligence agencies of the US, Britain and Israel in order to justify a broad war intended to reshape the world map.

The real architects of 911 saw how events, Sarajevo and Pearl Harbor could be used to create a world, not safe for democracy, but safe for banking, arms sales, and big oil.

On May 1, 2014, a Federal Judge in New York ordered the Islamic State of Iran to pay $6bn in damages to the victims of 9/11. The case against Iran is unclear, and the process for suing Iran is equally obscure. In doing so, however, a door has been opened.

Iran has decided to fight back, much as Russia has when accused of complicity in the use of deadly poison gas in both Britain and Syria.

In both cases, Iran’s and Russia’s, nations believe their sacred honor has been violated by charges so heinous, perhaps even ridiculous, that reality itself is strained.

In Russia’s case, they openly told the US that pushing such bizarre and unfounded accusations, much less using retaliatory force in response to “utter fiction,” violated all “unspoken rules of statecraft,” to paraphrase Russian Foreign Minister Lavrov.

What neither Russia nor Syria and Iran know, is that the Federal gag orders imposed by a secret grand jury in Houston, Texas – a grand jury impaneled not to investigate 9/11, but to administer the coverup – are to expire this year.

Why This is Vital

Less than two weeks after 9/11, the only proven statement on 9/11 made by Osama bin Laden was intercepted by the CIA station in Doha, Qatar. The date was September 24, 2001.

Bin Laden had issued a statement, in Arabic, broadcast on an Al Jazeera channel, made to the people of Pakistan.

I mention Arabic while I add the fact that bin Laden, according to former White House Intelligence Advisor Lee Emil Wanta, spoke perfect English. I have spoken with Wanta on this several times, where he has outlined meetings with bin Laden in Peshawar, Pakistan, Ontario, California and in Washington DC, at the Metropolitan Club.

Those meetings began during the 1980s when bin Laden worked for the CIA supplying weapons to the Mujahedeen; and the last meetings were far later than anyone would guess, with Wanta alleging bin Laden was receiving medical care at Bethesda Naval Medical Center in Maryland, while the US was searching for him in Sudan and elsewhere.

True or not, details on meetings, which include discussions that included Oliver North and General Secord among others, will be available as testimony at some point if Iran seeks to fight the US in an international court.

First, however, it is important to supply the first, last and only bin Laden statement. Once one reads this, it will become abundantly clear not only that bin Laden died in 2001 but that those who submitted all subsequent statements did so to obscure the truth.

Of note, all alleged bin Laden videos and audio recordings received after September 24, 2001 came from one source, an Israeli intelligence officer born in Iraq named Rita Katz. Her “organization” was called SITE Intelligence and it had only one purpose at that time, to deceive the world about bin Laden and lead investigators away from one obvious suspect, Israel. 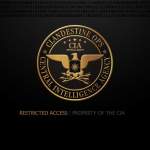 The CIA memo, received by VT in 2010 through the Freedom of Information Act:

FOR OFFICIAL USE ONLY

FOR OFFICIAL USE ONLY     END OF OFFICIAL TRANSCRIPT” 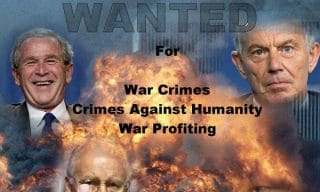 The world long ago accepted that the Iraq invasion of 2003 was an illegal act of aggression and that both Bush and Blair, in a “perfect world,” should be hanged as war criminals.

As noted from proof provided here, bin Laden never admitted complicity in 9/11, though audio tapes provided time and time again by Israeli intelligence asserted as much.

Were those tapes an admission by Israel, if seen in light of what we know of “fake news” today, of their role in 9/11?

Was 9/11 staged to bring down, as General Clark may well be asserting, a way of pushing forward a master plan to take down Iraq, Syria, Iran and four other nations?

Has America, now that Israeli policy and neocon politics are predominant, moved back to the same direction, to conquest of Israel’s neighbors?

How do bin Laden’s words play so long after what we assert was the date of his real death?

In light of his September 24, 2001 statement, is it perhaps obvious why a fake bin Laden, vilified by the equally fake media, was needed to push the wars that never seem to end?