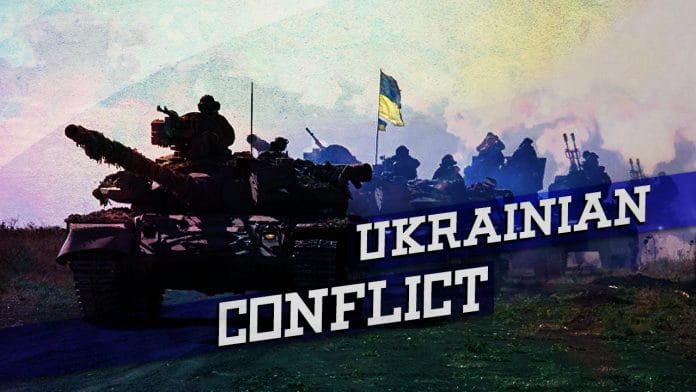 This week the military situation in eastern Ukraine has once again escalated as forces loyal to the Kiev government have advanced on positions controlled by defense forces of the Donetsk People’s Republic (DRP) near the city of Gorlovka.

Gorlovka is the DPR-controlled town, located north of the DPR capital of Donetsk. Its pre-war population was about 256,000 people.

On May 21, pro-Kiev troops, backed up by artillery and machine guns fire, stormed positions of DPR forces at the settlement of Golmovskiy, north of Gorlovka. They failed to overrun the DPR defense but killed at least 1 DPR fighter and captured 3 others. At least 10 Kiev soldiers were killed and 4 others were injured, according to the DPR side.

On May 22, a group of Kiev troops, backed up by battle tanks and BMP armoured vehicles, advanced on the settlement of Chigary, northwest of Gorlkova. Firefights also erupted in the settlement of Zaitsevo and in the area of Southern Mine. According to reports, at least 2 pro-Kiev fighters were killed and 4 others were wounded in these clashes.

On May 23, sporadic clashes in Zaitsevo continued.

Since the start of the week, artillery units of the Ukrainian Armed Forces increased strikes on Gorlovka and the nearby settlements. The shelling resulted in casualties among civilian population and destruction of buildings in the residential areas.

According to statements by Ukrainian officials and public figures, pro-Kiev forces are pursuing the following goals:

The town of Debaltsevo is a key logistical hub between the DPR and the Lugansk People’s Republic (LPR). In 2015, pro-Kiev forces suffered a devastating defeat during the Battle of Debaltseve. Hundreds of troops were killed, wounded and captured by DPR and LPR forces. The Kiev plan to separate republics via a land advance failed.

However, Ukrainian leadership has not abandoned attempts to interrupt traffic between the LPR and the DPR. Currently, it uses saboteur groups for this purpose. On May 21, a bridge in the area of Ivanovka was blown up by Ukrainian saboteurs interrupting a direct supply line between Lugansk and Krasniy Luch.

Krasniy Luch is known for hosting some weapons depots of LPR forces.

Local sources also report that the Kiev side has concentrated a notable number of troops and military equipment, including battle tanks, in the area of Stanytsia Luganskaya.

The Organization for Security and Co-operation in Europe (OSCE) has commented on the recent escalation by calling on the sides to stop fighting and to fulfill their earlier commitments. Offensive actions by pro-Kiev forces have not been condemned.