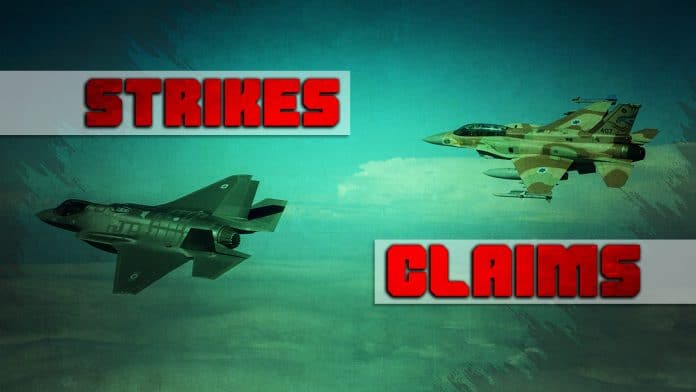 Late on May 24, Israeli warplanes carried out several strikes on the al-Dabaa airbase in the southwestern Homs countryside, according to pro-government sources. The Syrian Air Defense Forces (SADF) responded to the attack by launching at least 2 S-200 surface-to-air missiles, according to local activists.

The General Command of the Syrian Arab Army (SAA) said in an official statement that the Israeli Air Force had targeted an airbase in central Syria. It added that the SADF had repelled the Israeli attack.

At the same time, reports appeared that the missiles launch were allegedly caused by a false alarm. However, this version is still unconfirmed.

The al-Dabaa airbase is well known for being one of the key HQs of Hezbollah in Syria.

Early on May 24, the Syrian state-run media and the Hezbolalh media wing in Syria reported that US-led coalition aircraft had carried out strikes on positions of the pro-government forces near al-Bukamal, al-Mayadin and the T2 pumping station.

The reports noted that the strikes had taken place amid the continued attacks by ISIS on government positions in the Homs-Deir Ezzor desert, de-facto, accusing the US-led coalition of supporting the ISIS attacks.

The US-led coalition denied any knowledge about these attacks. Then, the Russian state-run media outlets, RT and Sputniknews, reported citing some Russian military sources that no US-led coalition strikes had targeted government forces positions.

The situation over the incident remains unclear.

Later on the same day, ISIS ambushed a group of National Defense Forces (NDF) members in the area of al-Faidah. According to unconfirmed reports, about 30 fighters, members of Nazar al-Khafran, which is a part of the NDF, were killed in the incident.

Previously, ISIS carried out large attacks on the SAA, the NDF and their allies on May 22, near the T3 pumping station, and on May 23, near al-Mayadin.

The SAA reacted to the increased by deploying reinforcements to the area and starting preparations for an anti-ISIS operation in the Homs desert, according to pro-government sources.

However, this operation may be delayed if the SAA and local militants in the province of Daraa reach no reconciliation agreement. In this case, the SAA will likely deal with Daraa militants first and then will focus on the Homs desert again.