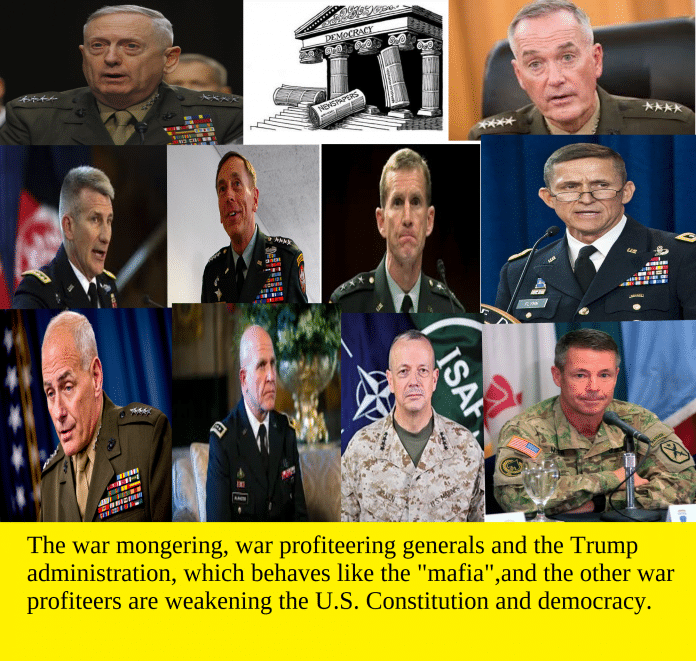 On this Memorial Day Americans Need to Take a Second Look at Why the United States Continues the War in Afghanistan.

The War Profiteers are Breaking Democracy.

On this Memorial Day, all Americans need to examine why the United States is still in Afghanistan. Continuing to wage this unwinnable war has cost Americans trillions of dollars and has weakened U.S. democracy. The war mongering, war profiteering generals and the Trump administration, which behaves like the “mafia”, and the other war profiteers are weakening the U.S. Constitution and democracy. It is not about terrorism. It is about these war profiteers, some generals and many in the Trump administration, profiting from the war, from the Rare Earth Elements (REEs) and from the opium. The continuation of this war and occupation is all about money in the pockets of defense contractors, private security companies/mercenaries, retired generals with consulting/security firms, Trump’s friends and all other war profiteers from the government and private sectors worldwide.

The Afghans are not the enemies of the United States. The top one percent, war profiteers, who are profiting from the war in Afghanistan, are the enemies. They are the ones destroying democracy. Americans need to wake up and investigate what is happening in Afghanistan and where all the money has gone.

Besides corruption and war profiteering, war crimes have been committed in Afghanistan under these generals. These military leaders and others, and top U.S. government officials along with Afghan officials need to be prosecuted in lawful tribunals. Without justice there can be no peace. Without justice there can be no democracy. A democracy is of the people, by the people and for the people. The U.S. democracy will fall apart if this war and occupation continues in Afghanistan, which is perpetuated by and for the one percent war profiteers. 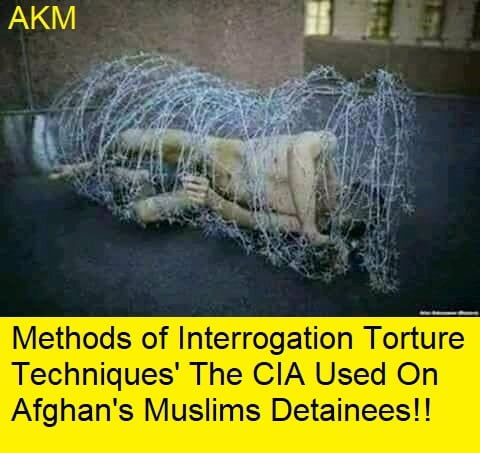 Afghan children are especially the victims of this ugly U.S. war and occupation. Afghan puppet government officials, funded and supported by the United States, are bringing poor Afghan children to guest houses “brothels” where they are sexually molested. It is common knowledge that many of these houses are paid for with U.S. monies. These crimes and corruption must be the number one focus of investigations. Afghan medical doctors in hospitals such as Gandhi Children’s Hospital in Kabul, who have treated these children, have told me about these crimes. These medical doctors are afraid to report these crimes to the government officials for fear of retaliation. How shameful! These doctors need to be brought to the United States to testify before an investigative committee.

The U.S. Government’s has a failed foreign policy in Afghanistan. The perpetuation of this ugly war by the Pentagon and CIA has resulted in systemic and rampant corruption and tremendous suffering and loss of life, which has only benefited the war profiteers. The U.S. war in Afghanistan is the longest one in U.S. history. As history has shown, Afghanistan is the graveyard of superpowers. Now the United States is stuck in the graveyard of superpowers. This war can never be won. As Special Inspector General Sopko noted during his recent presentation that the U.S. war in /occupation of Afghanistan and reconstruction was at a stalemate. 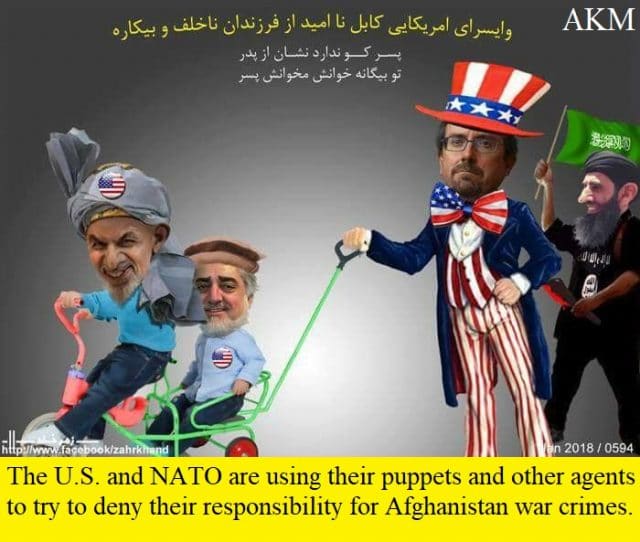 Everyone knows about the Kabul Bank corruption, but the Afghanistan Ring Road project is an example of extensive corruption where war profiteers have absconded with the monies while not finishing the project. U.S. contractors are involved. ECCI is a California corporation. For example, the ECCI and METAG joint venture for a total of $477 million dollars, was contracted to complete the ring road from Qaisar to Laman in Northern Afghanistan. Yet this joint venture did not finish the job but these war profiteers received the money. Congress should ask the Department of State about the corruption tied to the Afghan Ring Road. Many Americans are involved in that corruption. 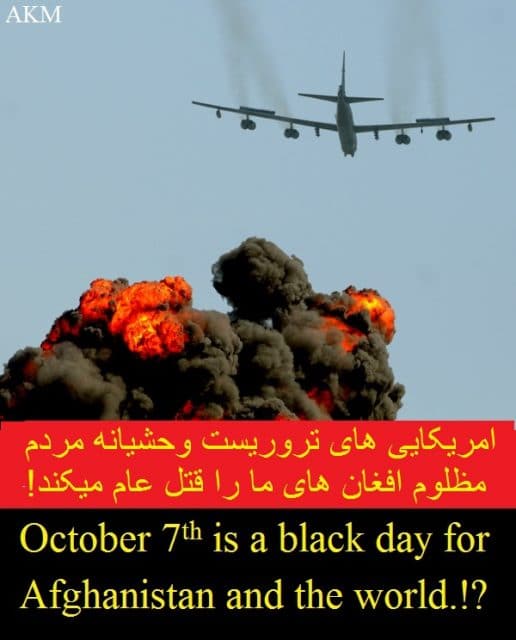 It is time for the Afghan villagers to take legal action and prosecute the American war profiteering generals and all of the government leaders and officials, who are responsible for these war crimes. Independent experts need to go on the ground in these Afghan villages to investigate and to document the weaponry that is being used by the U.S. and its cohorts. 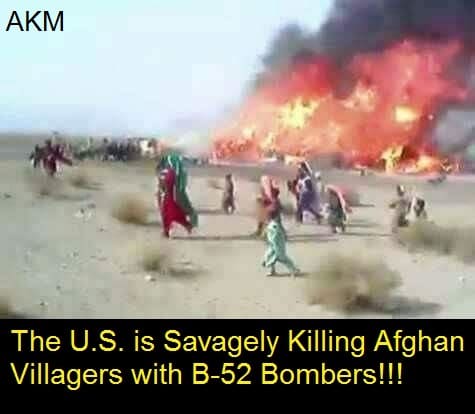 As history has shown, Afghanistan is the graveyard of empires. I believe that may happen to the United States if Americans do not wake up. With President Trump, who appears to be the Russia’s selected puppet, the war will escalate. There is no winning for the U.S. which is exactly what Putin wants. The Trump Administration is not letting the American people know what really is happening in the war which is evidenced in the Pentagon’s refusal to release the Afghanistan’s war data, which has always been done in the past.