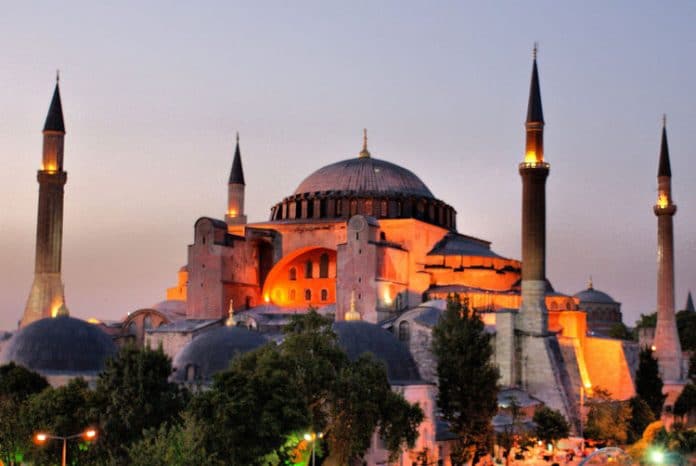 Senator Creyelman: ‘Erdogan is viewed as notorious in the We’ and ‘Putin wants to keep the world in balance’

[ Editor’s Note: Nahed is on the road, in Istanbul now. A Mid East correspondent has to know how to mix well, and hit the ground running, even in a new place.

She brings us an interview today with Frank Creyelman, an honorary MP at the Flemish Parliament, and former chairman of their committee on Foreign Policy, European Affairs and International Cooperation.

He is well traveled in this position. In America we would call him a roving ambassador whose job it is to travel widely, speak to as many people as he can to get a feel for the public’s perception of what is going on now, and report back to his home constituents.

I had three days to do this last week in Iran, and nothing beats getting face to face with the the average citizens. And just like here you find those that are well clued in, and those that only know what they read in the media… Jim W. Dean ]

Senator Creyelman: Erdogan is viewed as notorious in the West and Putin wants to keep the world in balance

Q – What is the purpose of your visit to Istanbul, Turkey?

A – I was invited to an Iftar banquet dinner thrown by Dr. Adnan Octar, who is an intellectual and a celebrity in his country. I also have friends from Turkish origins in Belgium, particularly from the Gent and Limbury regions.

Q – What do you think of president Rajjab Tayyip Erdogan ?

A – The Turkish president has a nasty reputation in the west for being an Islamist, and it is commonly thought that Erdogan betrayed the heritage of Ataturk. However, I believe that Erdogan is a secular statesman who has a special respect for Islam. I also believe that the Turks are part and parcel of the European history, as the Ottoman Empire was more European than Asian.

Q – What do you know about the MHP which is allying itself now with Erdogan?

A – The National Movement Party, known as the Gray Wolves, is powerful and pervasive in Europe, especially in Germany, Belgium, and Holland. The Movement is working on keeping the Turkish community together in Europe.

Q – You have been in Moscow so many times, in your opinion what are the designs of the Russian President ?

A – President Vladimir Putin is currently doing his best to keep the world in balance. If he does not succeed, this means the other side does not want that.

Moreover, if Europe wants to survive, it must choose between the US and Russia. Europe’s position now is swinging and uncertain, simply because we do not have real political leaders to lead.

The US-European relationship is in the balance right now, and the European Union will collapse as a consequence of the economic differences between the South, the East and the West.

Q – How do you view US intervention in other countries’ affairs ?

A – The US is evidently intervening in sovereign states’ affairs, and there is no question about that. It is written on the dollar “in God we trust,” but it seems from the US viewpoint that now translates as “in Gold we trust.” The Clash of the Titans will go on for some time as there are no easy solutions.

Q – What are your views on Syria?

A – I believe that the Syrian people will prevail and make their own destiny at the end. When I met with President Badhar Al Assad, he told me “I live or die here, and there is no choice in between.”