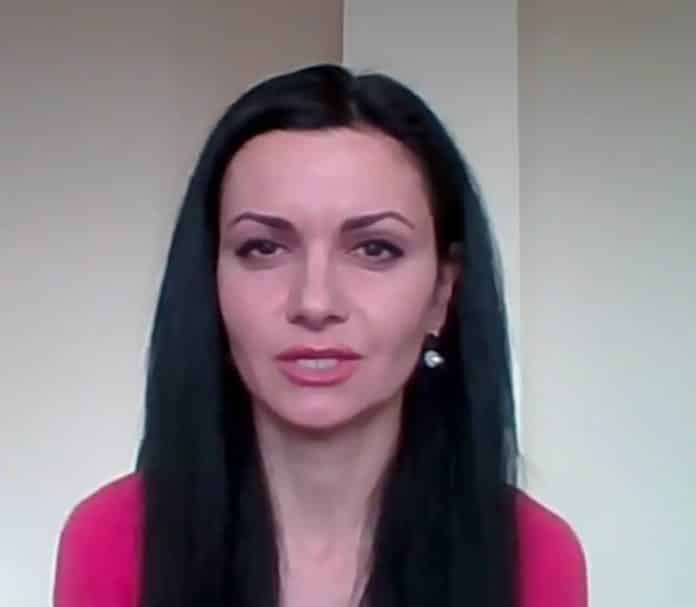 Editor’s note:  The allegation is simple, that the US regularly tests new bio weapons on civilians in countries where the population is under the kind of police state control we are seeing in America today.

The question is why?  What will this barrage of new, and highly advance, bioweapons be used for?  We have been producing evidence, have had our people attacked and threatened, and this has gone on now for years.

Many news organizations are working on this now, more each day yet Google Corporation seems to be burying the stories and may well be fully complicit through the Jigsaw/Idea Groups contracting firms.

On 16 January 2018, a Bulgarian investigative journalist Dilyana Gaytandzhieva wrote a detailed article about the US bio-weapons research that spans across the world in 25 different countries. Gaytandzhieva wrote in her article that the US Army regularly produces deadly viruses, bacteria and toxins in direct violation of the UN Convention on the prohibition of biological weapons, and that hundreds of thousands of unwitting people are systematically exposed to dangerous pathogens and other incurable diseases.

She added that bio-warfare scientists are using diplomatic cover test man-made viruses at Pentagon bio-laboratories in 25 countries across the world. These bio-laboratories are funded by the Defense Threat Reduction Agency (DTRA) under a $2.1 billion military program called Cooperative Biological Engagement Program (CBEP), and are located in countries such as Ukraine, Kazakhstan, Uzbekistan, Georgia, Azerbaijan, Jordan, Iraq, Afghanistan, Pakistan, Laos, Cambodia, the Philippines, etc. Luckily, the Balkans seems to be clear.

Gaytandzhieva recently traveled to Brussels and attended the European Parliament in order to confront Robert Kadlec, Assistant Secretary at the US Department of Health, regarding the number of classified bio-weapons research labs scattered through Eastern Europe and Central Asia.

Kadlec categorically denied the existence of an American bio-weapon program as well as that information surrounding the labs in question were classified. Gaytandzhieva attempted to continue her follow up but was silenced by Hilde Vautmans, the EU official sitting next to Kadlec, who stated “This is not an investigation” to applause from the audience and an embrace between herself and Kadlec.

Here’s the full transcript of the exchange between Gaytandzhieva and Kadlec:

Gaytandzhieva: Why has the Pentagon been operating military bio-laboratories in 25 countries, bordering on the US rivals Russia, China and Iran, and why has the number of deadly upgrades, in all those countries, increased dramatically since the start of the military program of the United States in these countries?

Kadlec: I will say unequivocally and undeniably, the US does not have a military biological weapons program. Period. End of statement. Number two [interrupts Gaytandzhieva], we have been working, and I do know from the Department of Defense, they have been working with partners in parts the World, to ensure that those laboratories, and we trained them to do the diagnostic tests on these diseases, to ensure that they can manage them and also safely secure those facilities, so they’re not accessible by terrorists, or by criminals, who would do ill with them.

Kadlec: They’re not classified, they’re openly avaliable to anyone who wants to look at them.

Gaytandzhieva: No, I tried it. No, this is not true. They are classified information.

Vautmans: Ok, ok, I think I will not give you more time. We will try to answer your questions, but that’s not the place here. Case closed, thank you very much [kisses with Kadlec].

Gaytandzhieva then followed Kadlec to the elevator and continued to ask him questions regarding the bio-weapons program.

Gaytandzhieva: What is the need of military biolaboratories of the United States in 25 countries across the world?

She attempted to enter the elevator, but was forcibly stopped.

Gaytandzhieva: Why not? Why is the Pentagon investing 65 million dolars in gene editing? The gene editing is the part of this program.

Later, Gaytandzhieva posted the video on her social media pages, simply commenting: “How a journalist gets expelled from the European Parliament when asking the Assistant Secretary at the US Department of Health questions about the Pentagon bio-laboratories around Russia, China and Iran.” Although unable to retrieve any answers from Kadlec, her article is already an impressive collection of information revealing a network of bio-weapons research facilities as well as mysterious outbreaks in their vicinities.

This is not the first time that Gaytandzhieva is exposing the US secret military programs. Last summer, she published a bombshell report which found that an Azerbaijan state airline company was regularly transporting tons of cheap Bulgarian and East European weaponry to Saudi Arabia, United Arab Emirates and Turkey, under diplomatic cover as part of the CIA covert program.

These weapons were found inside underground terrorist warehouses belonging to Al Nusra Front, Al Qaeda affiliate in Syria designated as a terrorist organization by the UN. The US modus operandi was the same: using bases in the satellite countries, abuse of diplomatic channels, and dirty politics directed against Russia, Iran and Syria.