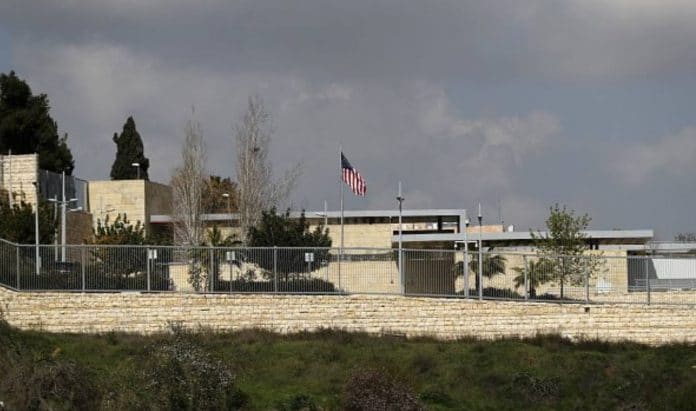 The decision of President Donald Trump to implement the US Congress Jerusalem Embassy Act of 1995, which transfers the United States Embassy to Jerusalem from Tel Aviv, is in contradiction with the principles and policies of the United Nations. It also undermines the US Administration’s self-declared aim to broker lasting peace between Israelis and Palestinians.

The facts are obvious. After the Arab-Israeli war of 1948/1949, Jerusalem was divided along armistice lines drawn between Israel and Jordan. West Jerusalem became part of Israel and East Jerusalem ruled by the Hashemite Kingdom of Jordan. A small portion of the territory – in the area between the western and southern parts of the Walls of Jerusalem and Musrara – was left as no man’s land.

After the war of 1967, this territory and Arab Jerusalem east of the armistice line became occupied territory where the provisions of the Fourth Geneva Convention of 1949 apply, prohibiting any alteration of the status of the territory seized by force.

Since the establishment of the State of Israel a number of embassies from Latin American countries, plus the Netherlands, were located in Israeli West Jerusalem. This changed after 30 July 1980 when the Israeli Knesset passed the Basic Law entitled ‘Jerusalem, Capital of Israel’. The law declares “Jerusalem, complete and united,” i.e. it includes Arab East Jerusalem with the site of Haram al-Sharif, as the capital of Israel. This legislative step was tantamount to annexation, a point made abundantly clear by subsequent Israeli governments. Accordingly, the Guidelines of the Government of Israel, 1996, headed by Benjamin Netanyahu, stipulated that “Jerusalem, the capital of Israel, is one city, whole and united, and will remain forever under Israel’s sovereignty.”

In view of these facts, President Trump’s decision may well be seen as creating a precedent in terms of recognising Israeli claims of sovereignty over Arab East Jerusalem. His formulation, “I have determined that it is time to officially recognize Jerusalem as the capital of Israel,” points in that direction. He did not say ‘West Jerusalem’ (referring to the status quo ante before the 1967 seizure of the Arab part of the city), nor did he mention ‘East Jerusalem’ as capital of a future Arab State. Apart from this likely deliberate ambiguity, the caveat in the Trump’s solemn Proclamation of 6 December 2017 – “We are not taking a position on any final status issues, including the specific boundaries of the Israeli sovereignty in Jerusalem, in the resolution of contested borders” – is not consistent with the logic of the actual move from Tel Aviv to Jerusalem. Under the Israeli Basic Law, the city, West and East, is one undivided territorial entity where Israeli law exclusively applies. As always in international realpolitik, what counts are the facts on the ground, not the words.

Exactly the above-mentioned fact – that West and East Jerusalem no longer be conceptually separated under effective Israeli control and legislation – was the reason why the UN Security Council insisted right after the Knesset decision of 1980 that all “States that have established diplomatic missions at Jerusalem” should withdraw their missions from the city, a formulation that also means West Jerusalem. (Resolution 478 [1980] of 15 November 1980, adopted by 14 votes to none, with the abstention of the United States.) As a result, the concerned countries relocated their embassies back to Tel Aviv.

In strictly legal terms, Israel has made any future negotiations about final status issues and delimitation of borders (mentioned in the US President’s Proclamation) almost impossible. This follows two Amendments of the Basic Law of 1980, providing that “no authority that is stipulated in the law of the State of Israel or of the Jerusalem Municipality may be transferred either permanently or for an allotted period of time to a foreign body” (Amendment 1), and that any future amendment to the Law requires a supermajority of 80 out of 120 votes in the Knesset in order to decide over rescinding sovereignty over any area of unified Jerusalem (Amendment 2). This means that any final status negotiations between Israelis and Palestinians over Jerusalem, hinted at by President Trump and the US State Department, have become a distant dream.

The UN Security Council has made the legal issues crystal clear. In resolution 476 (1980) of 30 June 1980, the Council reaffirmed the basic principle of international law that “acquisition of territory by force is inadmissible” and reiterated that all measures that alter the “geographic, demographic and historical character and the status of the Holy City if Jerusalem are null and void and must be rescinded” in compliance with relevant resolutions of the Council. In resolution 478 (1980) of 20 August 1980 the Council reiterated this position and further decided “not to recognize the ‘basic law’ and such other actions by Israel that, as a result of this law, seek to alter the character and status of Jerusalem”.

There is one basic problem, however. The above, and all other resolutions in matters of Israeli occupation or annexation, though mostly adopted by an overwhelming majority of member states (14 votes out of 15), lack any enforcement mechanisms. This is because – due to the threat of a US veto – they are not based on Chapter VII of the UN Charter. This has also been the case with the most comprehensive resolution so far, 2334 (2016) of 23 December 2016. Regarding the general legal framework of the Jerusalem dispute it must also be stated that the UN General Assembly’s ‘Partition Plan’ of 1947 – which provided for a special international status of Jerusalem as corpus separatum – is, in strictly legal terms, essentially a recommendation. This has further added to the ambiguity of debates over the status of the city.[1]

Concerning the actual relocation of the US Embassy to Jerusalem – on 14 May 2018, a date with huge symbolic importance, coinciding with the day when Israel declared independence 70 years ago, the basic issues in terms of international law can be summed up as follows:

The questions of international legality cannot be separated from those of politics and peace in a wider sense. By his unilateral decision (though in implementation of a Law of the US Congress), the President of the United States has not cut the Gordian knot of the Jerusalem conundrum, finally opening up new chances for a – so far elusive – ‘peace process’, as was suggested by some commentators. If anything, he has taken the US out of the Middle Eastern equation and has effectively relinquished the role of honest broker – or mediator – between Israelis and Palestinians. Should a hope of ‘peace by diktat’ have guided President Trump’s decision, it may ultimately be one of the numerous miscalculations of realpolitik in the long history of international relations.

[1] For further details see the author’s analysis, “The Evolution of the Palestine Problem and the Status of Jerusalem: Force of Law or Law of Force?” Force or Dialogue: Conflicting Paradigms of World Order. New Delhi: Manak, 2015, pp. 190-213.