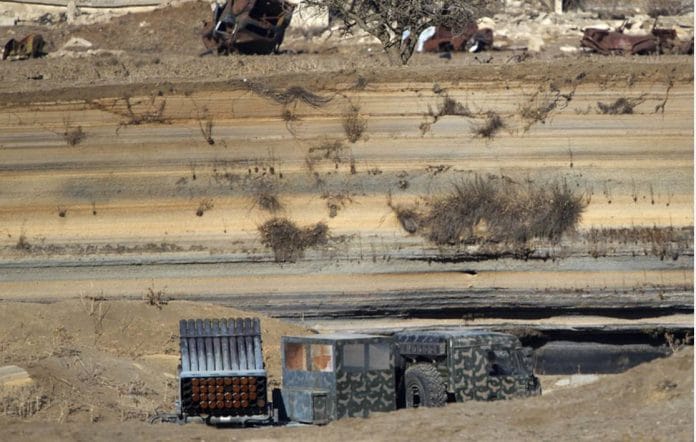 MOSCOW, May 31. /TASS/. Israel is satisfied with Russia’s position on Iran’s military presence in Syria, Israeli Ambassador to Moscow Gary Koren said in an interview with TASS.

According to him, Israel and Russia have been intensively discussing the issue of Iran’s military presence in Syria, which “is aimed against Israel.” “The Russian authorities are aware of Israel’s position, which has been clarified many times, particularly at high-level meetings and through channels set up by foreign and defense ministries,” Koren said.
“I would like to point out that Israeli Prime Minister Benjamin Netanyahu visited Moscow on May 9 at the invitation of Russian President Vladimir Putin,” he added. “I can say that despite some disagreements, Israel is satisfied with Russia’s stance,” Koren said.

Russian Foreign Minister Sergey Lavrov said earlier that agreements concerning the southern de-escalation zone in Syria implied that only Syrian government forces could remain on the border with Israel.

He pointed out that according to the the 2017 agreements on setting up a de-escalation zone along the Syrian-Israeli border, all foreign troops must pull out of the area.

Lavrov: Pullback of non-Syrian forces from border with Israel must be fast

The agreements stipulate that the zone of de-escalation is expected to consolidate stability and that all non-Syrian forces must be pulled out of that area, Lavrov said

All non-Syrian forces must be pulled back from the border with Israel in the south of Syria as soon as possible, Russian Foreign Minister Sergey Lavrov said while answering media questions at the international Primakov Readings Forum in Moscow on Tuesday.

“We have well-known agreements concerning the southwestern de-escalation zone,” he said. “Those agreements were concluded by Russia, the United States and Jordan. Israel was perfectly aware of them while they were still being drafted.

They stipulate that the zone of de-escalation is expected to consolidate stability and that all non-Syrian forces must be pulled out of that area. I believe this must happen as soon as possible. This is precisely what we are busy with now in cooperation with our Jordanian and US counterparts.”

Russia, Jordan and the United States in July 2017 coordinated the establishment of a de-escalation zone, which included three southernmost provinces: Daraa, Quneitra and Suwayda. The situation there turned for the worse in recent months.

As the Russian Foreign Ministry has said, in the area of Daraa the Syrian opposition and terrorist organizations outlawed in Russia – Jabhat al-Nusra and Islamic State – enjoying support from the United States have been trying to create an autonomy, which may result in the country’s split.