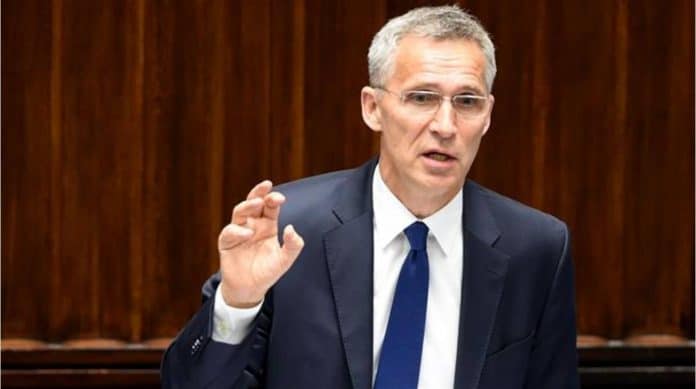 NATO’s secretary-general says the Western military alliance would not come to Israel’s defense in case of any possible attack by Iran against the occupying regime.

Israel has repeatedly threatened Iran with military action and Iranian officials have pledged a “crushing” response to any act of aggression against the country.

Jens Stoltenberg told the German Der Spiegel magazine in comments published Saturday that Israel is a partner, but not a member and that NATO’s “security guarantee” does not apply to the regime.

Stoltenberg said NATO was involved neither in peace efforts nor in conflicts in the Middle East.

Israel, which has a long history of waging wars and occupying sovereign states, has been trying to portray Iran, which has not attacked any nation for hundreds of years, as a threat to world peace.

Over the past years, the regime has been intensely lobbying with its American and European allies to dissuade them from engaging in diplomacy with Iran over its nuclear program and support instead a military action against the Islamic Republic.

PressTV-Retribution for any misdeed to come thick and fast: Iran

The chief of staff of the Iranian Armed Forces vows firm and crushing response to any enemies’ threat or possible act of aggression.

Hailing the US administration’s move to withdraw from the 2015 nuclear deal between Iran and the P5+1 group of countries, Israeli Prime Minister Benjamin said Wednesday he would travel to Germany, France and Britain next week to meet with European leaders on Iran’s presence in Syria and the 2015 nuclear deal.

Earlier this month, US President Donald Trump announced Washington’s pullout from the Joint Comprehensive Plan of Action (JCPOA) and vowed to reinstate nuclear sanctions on Iran. Netanyahu hailed Trump’s decision, calling the accord a “recipe for disaster.”

In May, Netanyahu claimed that he had new “proof” via captured documents that Iran had developed a nuclear weapons plan, which could be activated at any time.

The Israeli prime minister’s fresh claims were made as numerous reports by the International Atomic Energy Agency have already verified Iran’s full commitment to its side of the bargain.

PressTV-Israel threatens to ‘act’ against Iran ‘anywhere in Syria’

Iran has on numerous occasions asserted that its nuclear program is merely peaceful and not meant to make nukes.

This is while Israel is widely thought to possess hundreds of nuclear nuclear warheads and refuses to either allow inspections of its nuclear facilities or join the nuclear Non-Proliferation Treaty.

Israel is also angry over the presence of Iranian military advisors, who have been helping Syrian government forces in their fight against Tel Aviv-backed terrorists.

The hawkish Israeli premier has threatened that the regime would hit Iranian targets “anywhere in Syria.”

Iran, Syria’s strong ally, has been giving Damascus military advisory assistance in its countrywide counter-terrorism battles since a foreign-sponsored militancy unleashed in the Arab country in 2011.

The Iranian government has repeatedly said that only the Syrian people can decide the future of their country and the political fate of their leader, whereas Israel and the Western powers, particularly the US, has been insisting for years that Assad must be ousted from power.

PressTV-Iran has no military presence, bases in Syria: FM Muallem

The Syrian FM says Iran has no military presence or bases in the Arab country and the presence of Iranian military advisors there is legitimate.

Damascus says Israel and its Western and regional allies are aiding Takfiri terrorist groups operating inside the Arab country, while the Tel Aviv regime’s military carries out sporadic strikes against Syrian government forces. The Israeli regime has even set up field hospitals to treat wounded militants evacuated from Syria.

Furthermore, the Syrian army has repeatedly seized huge quantities of Israeli-made weapons and advanced military equipment from the foreign-backed militants inside Syria.