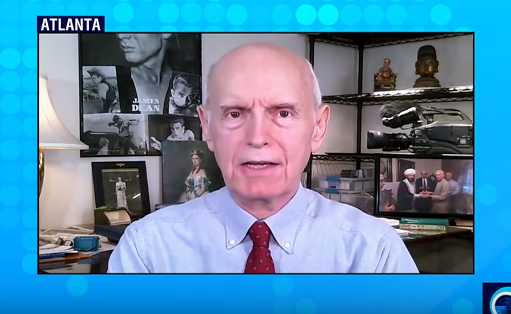 [ Editor’s Note: We can thank Mr. Trudeau for spotlighting how the US “legalized” breaching the WTO simply by putting on the “national security” holy robe, which gives him carte blanche to do anything. So now it is out in the open.

There is no past agreement that the US will not throw overboard when it wants to, using this creative interpretation. Trudeau’s advisers chose good framing with their counter attack, saying that for Trump to use this national security dodge undercuts Canada’s history of standing with the US in world conflicts.

Trump’s generalized tweets are undermining his main effort. Canada has been unfair to US trade, as many US products cannot be sold there. But the US could have gone to the WTO on those issues, which maybe Trump felt would take too long to settle, and he would not get credit for it.

Germany will not sell US cars; and China steals intellectual property just for fun. There are many other examples, but I am not aware of any WTO formal challenges on any of it. Maybe Trump has a thing about not liking going to court. Gosh, where could that possibly come from. He seems to love bankruptcy court.

So by throwing the baby out with the bathwater, he feels he can renegotiate a better, more specific deal. But now, because of his methods, what is to say someone behind him could break the new deal, using as justification, “wait for it, wait for it”… “for national security reasons”.

What is a US signature worth on any deal in the future? And who benefits from a chaotic situation like that? … Jim W. Dean ]

Canada’s Prime Minister Justin Trudeau says the US will hurt its own businesses by imposing tariffs on imports from other countries. Trudeau rejected US President Donald Trump’s assertion that Canadian metal is a security threat to America.

He described the US tariffs as an insult to Canadians who have entered into a security partnership with the U-S. Trump’s decision to slap tariffs on aluminum and steel imports from other countries has prompted fierce opposition from Washington’s key trade partners.

Trump says the U-S has to export more goods than it imports. Others say this is a protectionist approach, violates free trade and will ultimately lead to an all-out trade war.