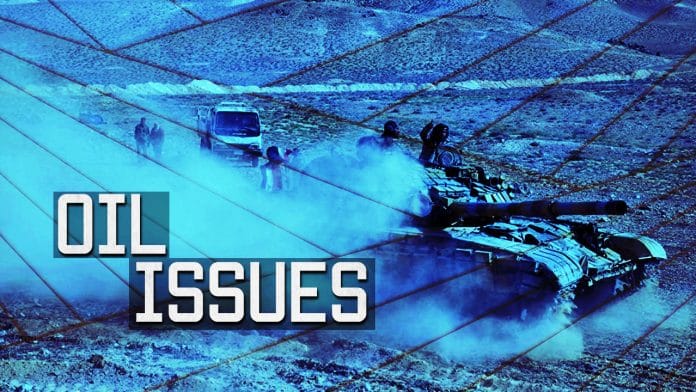 On June 3, Syrian government forces repelled an ISIS attack on their positions east of the town of Hasrat in southeastern Deir Ezzor. According to reports, ISIS used small boats to cross the Euphrates to its western bank and then carried out the attack.

Taking into account the fact that the terrorists had come from the Euphrates bank controlled by the US-backed Syrian Democratic Forces (SDF), some pro-Damascus sources once again accused the US-led coalition of encouraging ISIS activity against pro-government forces in eastern Syria.

At the same time local sources revealed that the SDF, i.e. Kurdish YPG/YPJ militias dominating the group, and the Syrian government have reached an oil sharing agreement over the Omar oil field.

According to Turkey’s state-run news agency Anadolu, the YPG will give 100 barrels of oil from the field to the Syrian government in return for 75 barrels of fuel. The Omar oil fields is one of the largest oil fields in Syria. The SDF captured it in October 2017.

On June 2, reports appeared that the Syrian Army and Iranian-backed militias are preparing to launch a military operation in the Homs-Deir Ezzor desert against ISIS. During the last two months, the Syrian army launched two attacks against ISIS in the desert. However, they were limited because pro-government forces were dealing with militants on other fronts, mainly around the city of Damascus. Now, the Syrian military has more resources to contribute to securing the desert.

Some sources linked these developments with an alleged agreement reached by the key powers influencing the conflict. Under this agreement Iran will allegedly withdraw its forces from southern Syria. In turn, the Syrian army will re-establish control over the border with Jordan and a contact line with Israeli forces.

However, Syria’s Foreign Minister Walid Muallem said that there will be no agreement until the US-led coalition is occupying the area of At Tanf. So even if the aforementioned agreement is finalized, its implementation is still a big question.