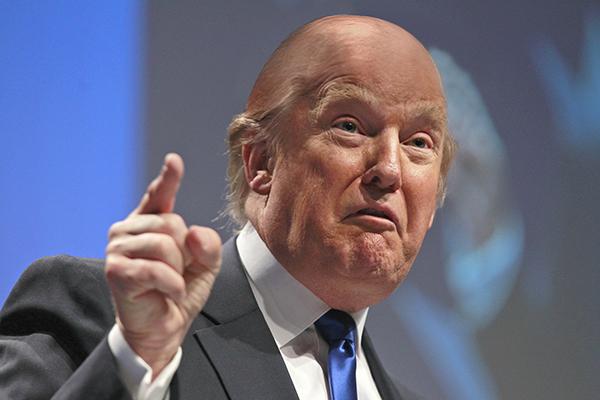 The legal precedent for Trump’s claim may well come from international law.  There is tons of wiggle room there and “the world” has no constitution or written laws.  Might makes right, stupid is as stupid does, perhaps those catch phrases explain international law.  I think so.

Trump is willing to admit he conspired with a foreign government to overthrow the US and then use the power of the presidency, though in no way stipulated in any constitution we have found, to pardon himself.

This is the crime, treason.  But it gets funnier and treason has been a joke in Washington for years, Trump just joined the queue.

Supposedly, Russia bought or blackmailed Trump so that he would get into office, bomb Syria and move the US embassy to occupied Palestine in violation of the Fourth Geneva Convention.

It gets better.  The “power of the president” to “pardon himself,” is, according to Trump, conferred to a president even if he steals the office as part of a criminal act against the US.

Let’s apply this same principle to street crime.  You steal something, a car, a candy bar or a political office.  The pigs come to bust you.  “Hey man, I got it fair and square, and the MF is mine.”

Works for me even without Johnny Cochrane.

As for penalties, I suggest we get real with DC.  This is a foreign nation, Russia or more likely, as prettymuch everyone including Mueller knows too well, Israel.

Rigging an election is an act of war.  Helping them, and it isn’t just Trump, thousands knowingly helped rig this election, and they all have to face the music.

The punishment is, well, what does the constitution say?

Treason against the United States, shall consist only in levying War against them, or in adhering to their Enemies, giving them Aid and Comfort. No Person shall be convicted of Treason unless on the Testimony of two Witnesses to the same overt Act, or on Confession in open Court.

The Congress shall have Power to declare the Punishment of Treason, but no Attainder of Treason shall work Corruption of Blood, or Forfeiture except during the Life of the Person attainted.

In fact, nobody really knows what this means.  James Madison look at this and went bananas, writing in Federalist 43, saw the use of the term “treason” as a way of “violent factions” using the law against one another.

Without getting too deep here, the constitution is dependent on an independent judiciary to oversee enforcement of “enumerated powers,” assuming, of course, that election stealing politicians who appoint and confirm members of the judiciary are going to be brought to justice by their own toadies.

I contend that Trump, should he pardon himself, should confess, to something at least, just to clear the air.  He was right in calling Washington a swamp.  However, compared to most state capitols, or press rooms or boardrooms across the nation and world, the exceedingly low standard sought and seldom achieved in Washington circles, our DC swamp dwellers are “small potatoes.”

It’s clear, we are in a “burn it all down” and DO NOT START AGAIN mode.

Nobody wants America back.  Since November 22, long ago, when the curtain was pulled, it has all be total crap since.

Those of us alive and awake then have always known it.