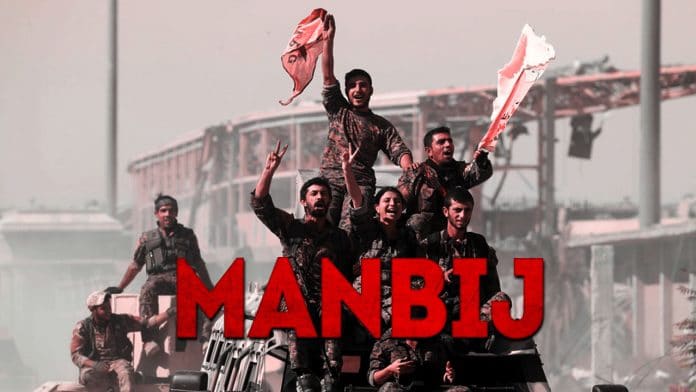 On June 4, the US State Department officially acknowledged that Turkey and the US had endorsed a roadmap for the northern town of Manbij. The announcement came after a meeting between Turkish Foreign Minister Mevlüt Çavuşoğlu and U.S. State Secretary Mike Pompeo in Washington.

Manbij is currently controlled by the US-backed Syrian Democratic Forces (SDF). Kurdish YPG and YPJ forces are the core of the SDF. Ankara sees them as terrorist group.

Earlier, Turkey claimed that the US-Turkish roadmap on Manbij will force YPG/YPJ elements to leave the area. However, the implementation and real details of this roadmap still remains in question.

On the same day, an explosion erupted near a US-French military base in the SDF-held town of Ain Issa. According to pro-opposition sources, at least one person was killed in the incident. However, no further details are currently available.

According to reports, the Ain Issa base hosts around 200 US and 75 French troops.

On June 4 and June 5, the SDF continued its advance against ISIS on the eastern bank of the Euphrates reportedly capturing al-Nammurah, Tal Manakh and al-Dahu.

On June 3 and June 4, the Syrian Arab Army and its allies repelled a series of ISIS attacks carried out from both eastern and western banks of the Euphrates. Main clashes took place in the areas of Jalaa, Saiyal and Hasrat.

Some sources even speculated that the terrorist group used these attacks to transfer some of their members from the SDF encirclement in the area of Hajin to the Homs desert.

Firefights between government forces and militants were reported in the area west of the city of Aleppo. This incident and other cases in northern Hama and northern Latakia show that the establishment of observation posts in the so-called Idlib de-escalation zone are not enough to impose a fully-fledged ceasefire regime in the area. The key reason behind this is still high level of influence of Hayat Tahrir al-Sham (formerly Jabhat al-Nusra, the Syrian branch of al-Qaeda) in this part of Syria.