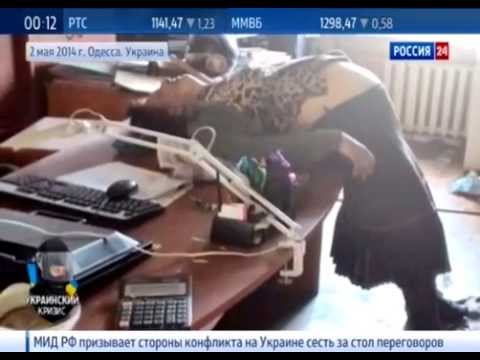 [Editor’s note: Russia just doesn’t get it… The infamous IDF cybercrimes, and by cybercrimes we mean actually doing them, the cabal’s Unit 8200, has happened again. They run Wikileaks, Intel Corporation, Google, Facebook, Youtube, and literally, not just dozens, but hundreds of fake IT companies, fake news organizations, and very real CIA contracting firms. Everything they do, they blame Russia, they then get millions of dollars to protect their victims from Russia as well. You just can’t make stuff like this up…

The European end of this is controlled by Donald Tusk – Israel’s man at the heart of the EU. According to our sources, Tusk rose to prominence when the Mossad blew up an airliner, killing the entire Polish government; immediately thereafter, as the anti-Russia smear campaign went into high gear, Tusk showed up on the scene, reminiscent of Rudy Giuliani in the ashes of the WTC.

As a reminder, our FBI source, back in 2014, informed us that it was Giuliani who lead the American portion of the team, including Israeli and Saudi terror groups that nuked the WTC and hit the Pentagon with a cruise missile.

The Atlantic Council organization, tasked with scapegoating Russia, is fully engaged with partner organizations deeply involved in real acts, terror bombings, assassinations, plane crashes, poisonings, gas attacks, and the smear campaigns and helped them get away with it.

Listen very carefully; there would be no terrorism whatsoever, except for one thing. ALL, and we mean ALL terror attacks in recent years, are staged in order to blame an innocent perpetrator. Do remember, the fate of Osama Bin Laden, when he got sick of working as a stooge for the CIA, the US cut off his medical care and took his Washington apartment – we all know the rest – he was blamed for 9-11 and soon after died of kidney disease and worse still, killed again years later and dumped somewhere north of Antarctica in the Southern Indian Ocean. But we digress…

VT began tripping over the Atlantic Council’s partner organization two years ago, when we established ties between the Mossad, Wikileaks, the White Helmets, Infowars, and the Syrian Observatory for Human Rights; on a larger scale, we had the world crime organization, the Kosher Nostra, with dozens of Zio-oligarchs joined at the hip with Wall St puppet Donald Trump.

Of course, the reason we are writing this is simple, we are ready to do battle, we are wondering how long it’s going to take Mueller to begin looking even closer to home. At the heart of these groups – the Atlantic Council’s disinformation cabal, past their Mossad roots and Saudi funding is European history; we might ask why Jewish-led organizations in America and Europe – the Atlantic Council, the ADL, and AIPAC, are so cozy with Nazis – that’s who our man Tusk is, you know. His Nazi snipers were at Maidan, it was his SS commandos that staged the Odesa slaughter that brought about the Russian takeover of Crimea.

The tiny ‘guns for hire’ – failed academics and hack bloggers paid to browbeat the American public with McCarthyite scare tactics (please see the website, you just won’t believe it) disinfoportal.org are probably unaware they joined the likes of ISIS, Al-Qaeda, and the baby-killing White Helmets. We’re going to keep reminding them…  G]

Dozens of organizations and experts have come together to launch a new online portal that tracks what they call Russian ‘disinformation’ campaigns around the globe, the Atlantic Council said in a press release on Wednesday.

The portal is meant to be used by journalists, governments and policymakers who need information about Russia’s ongoing influence operations, the release said.

“It’s time to stop ‘admiring’ the problem of Russian disinformation and start fighting back, using the tools of democratic societies to counter the autocrat’s playbook,” Ambassador Daniel Fried of the Atlantic Council said in the release.

Over the past year, Russia faced multiple accusations of spreading propaganda in the West, especially during elections and referendums. Moscow has repeatedly refuted the allegations of its interference in other states’ internal affairs.

Russian Foreign Minister Sergey Lavrov, when speaking about accusations of meddling in elections in the United States, the United Kingdom or other countries, has emphasized that no shred of evidence has been provided to substantiate the claims.