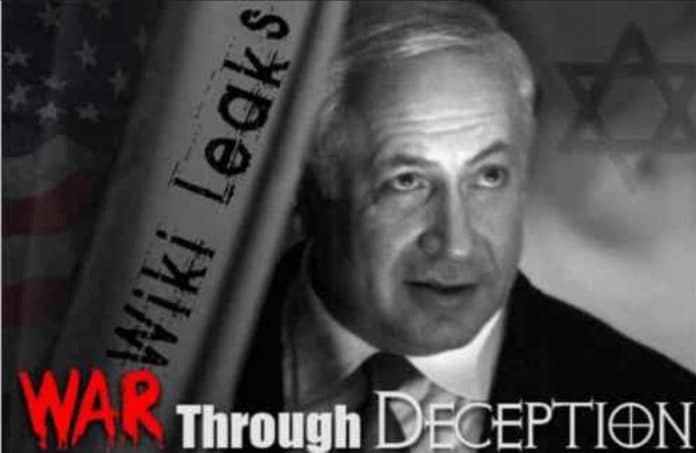 After denying contact with Wikileaks, it turns out that Cambridge Analytica, the fancy sounding Steve Bannon/Netanyahu “gas-bag” election rigging cabal, part of half a dozen Israeli 8200 (CyberWarfare/IDF) fronts, worked hand in hand with Assange.

It now turns out they hired Assange, who it seems will simply make up leaks and have his detail drive him from his hideaway among the Rothschild estates back to the Ecuadorian embassy.

The millions in cash he gets, of course, support the imaginary organization called “Wikileaks,” long exposed as a front for CNN, the Mossad and the Rothschild cabal.

From the UK Guardian:

A Cambridge Analytica director apparently visited Julian Assange in February last year and told friends it was to discuss what happened during the US election, the Guardian has learned.

Brittany Kaiser, a director at the firm until earlier this year, also claimed to have channeled cryptocurrency payments and donations to Wikileaks. This information has been passed to congressional and parliamentary inquiries in the UK and US.

Cambridge Analytica and WikiLeaks are already subjects of special counsel Robert Mueller’s investigation, but the revelations open up fresh questions about the precise nature of the organisations’ relationship.

There was no known connection until October last year, when it was revealed that Cambridge Analytica had “reached out” to Assange in July 2016 and offered to help him index and distribute the 33,000 emails that had been stolen from Hillary Clinton.

Assange issued a statement saying that he had turned down the Cambridge Analytica offer.

But visitor logs from the Ecuador embassy obtained by the Guardian and Focus Ecuador appear to show that Brittany Kaiser, a senior executive at Cambridge Analytica until earlier this year, visited Assange on 17 February 2017. Information passed to the DCMS committee in the UK and the Senate judiciary committee in the US states that the meeting was “a retrospective to discuss the US election”.

Kaiser is also alleged to have said that she had funneled money to WikiLeaks in the form of cryptocurrency. She called the organisation her “favourite charity”. The reports passed to investigators say that money was given to her by third parties in the form of “gifts and payments”.