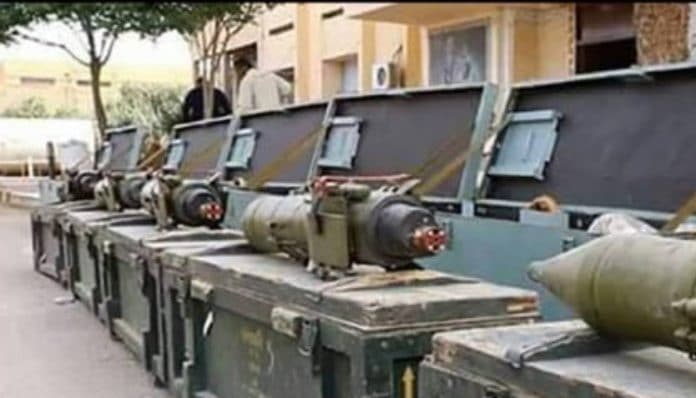 TEHRAN (FNA)- Political analyst Brad Blankenship says that the Syrian civil defense group, internationally known as the White Helmets, is a British-American, Wall Street-backed project established to help the armed opposition in Syria regain its credibility in the public opinion of the western world.

Brad Blankenship, in an exclusive interview with FNA, said that the White Helmets “provide a loophole for military aid to make its way to the rebel forces under the guise of humanitarian aid”.

The analyst also added that information provided by the White Helmets cannot be considered to be impartial as the group is not impartial in its activities and provides aid only to the rebels and their families in Syria.

Brad Blankenship is an American political analyst and a journalist at al-Masdar News. He has been interviewed by international news outlets such as RT and Press TV.

FNA has conducted an interview with Brad Blankenship about the ongoing crisis in Syria and the recent developments surrounding the issue namely the missile strikes on the Arab country by the US and its allies and also the American plan for an independent Kurdish state on Syrian soil and the Turkish military intervention into the country.

Q: Multiple places in Syria came under attack by the United States and its allies, namely Britain and France, based on a video footage of an alleged gas attack in Syria’s Douma released by the White Helmets. Who are the White Helmets? How can their unverified video be presented as justification for a large scale attack on Syria?

A: The White Helmets is a British-American, Wall Street-backed project that was created as a way to help the armed opposition to the Syrian government regain its PR credibility in the Western world. By becoming the “Syrian civil defense”, even though Syria already has one, the Syrian Red Crescent, they are able to claim yet another institution as their own – from the colonial flag of the opposition being cast as Syria’s “true flag”, to the separatist government being painted as the “true government”, the rebel factions have attempted to gain a monopoly on humanity and heroism in this conflict by owning the “true” civil defense. This group’s secondary function has been to provide a loophole for military aid to make its way to the rebel forces under the guise of humanitarian aid. Let’s remember that the International Court of Justice has defined military aid on many occasions, and this definition includes any aid that is unevenly distributed among parties in a conflict. Because the aid (money, food, other supplies) that the White Helmets receive is funneled solely to rebels and their families, it would be classified as military aid because it is not impartial. Because of this, they cannot be expected in any way to be impartial with the information they disseminate to the public. And as far as the authenticity of this video, we already saw with the White Helmet’s 2016 “Mannequin challenge” video that they have the capability (and certainly the motivation) to fabricate scenes in their videos.

Q: We have seen the Israeli regime and the so-called US-led coalition targeting the Syrian Arab Army (SAA) and its allied forces many times. What do you think is the reason for such moves?

A: Attacks on SAA forces have had a clear objective: to artificially prolong the war and to slow the government’s current pace of victory with the goal of weakening Syria in the long term. The West has conceded defeat, but they will not concede a total and utter withdrawal without being able to terrorize Syria, and the greater axis of resistance, as much as possible. As far as Israel’s most recent strikes, these have been aimed at Iranian and Hezbollah targets in Syria. Russia has not said much about these strikes, because Russia is not committed to defending the influence of Iran and Hezbollah in Syria.

Q: Since the beginning of the crisis in Syria, Saudi Arabia has been actively supporting terrorists in the country. These terrorists are now losing ground every day. What do you think would be the implications of such failure for Saudi foreign policy?

A: The implication for Saudi’s failure in Syria, and even in Yemen where they are actively losing territory on their southern border to forces that have mere sticks and rocks compared to their state-of-the-art weaponry, is that Saudi Arabia does not have the strength to be the regional power that it wants. Despite all of their advantages, Saudi Arabia is getting beaten in every corner that it inserts itself into by those resisting their Salafi death squads. Not only this, but the kingdom is facing extreme internal pressures due to an increasingly complicated financial situation, a huge age gap in its population that is splitting the kingdom’s polity, calls for minority rights and much more. What Saudi has festered abroad, it may soon have to deal with at home.

Q: The so-called Syrian Democratic Forces (SDF) have received tremendous amount of arms and support from the United States, initially with the stated aim to fight Daesh (ISIL or ISIS). But apparently, the US is now preparing the ground to establish an independent Kurdish state in Syria. What do you think the US is seeking to achieve by disintegrating Syria?

A: The US’ goal, the whole time, has been to ensure that Syria’s resources are not used for the betterment of her people, but rather for the capital accumulation of the wealthy elite who dictate policy. This is the nature of imperialism. The SDF are merely the latest plaything of this clique who are trying to tear the country apart. By creating an independent Kurdish state in Syria, the US will potentially have access to a majority of Syria’s oil resources, will split the “Shi’a crescent” thereby weakening the resistance to the settler-colonial Zionist entity and have a new network of permanent military installations in the region. Though many of the Kurds’ factions claim to be Marxists, they have shown themselves to be more than willing to go to bat for the US, and as we have seen in Iraq, Kurdish separatism only means domestic competition in essential markets. For example, the Iraqi Kurds negotiated lucrative oil entitlement contracts with multinational energy companies that undermined those negotiated by Baghdad. You can bet that this would also happen in Syria.

Q: The US announcement on its plans to recognize a Kurdish state in Syria has seemingly provoked Turkish invasion on the Kurdish areas. What are Turkey’s objectives in its military intervention and how do you think this recent development would affect the process of reaching peace in Syria?

A: This has made everything more complicated. You now have one of the guarantors of the Astana peace process invading Syria in open defiance of international law with the goal of ethnic repression. The goal that they have in mind is to brutalize the Kurds enough that they will accept a political solution and to also settle the problem on their border, meaning that they want to create a buffer zone. Such a plan is destined to fail and will not create a lasting peace; the Kurds must be a part of any reconciliation process because the issues facing their community will only resurface if not addressed now.