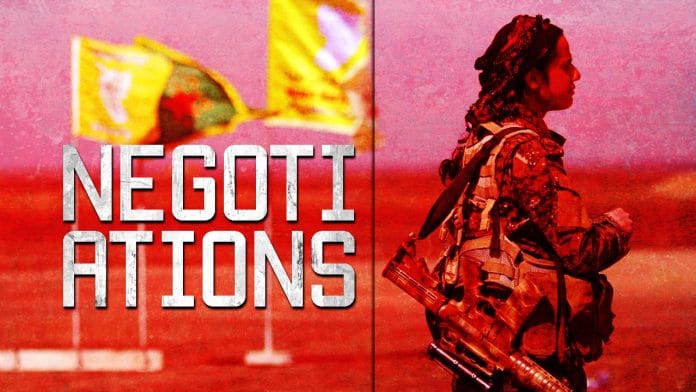 The Syrian Arab Army (SAA) and its allies have reportedly started deploying forces for a military operation against ISIS in eastern al-Suwayda. The villages of Tell Sa’d, Tamutha, Ashrfya and Aura are the target of the expected advance.

At the same time, the Tiger Forces have also continued deploying their units in southern Syria in a clear signal that a military action is near.

On June 6, the SAA artillery shelled several positions of Hayat Tahrir al-Sham (formerly Jabhat al-Nusra, the Syrian branch of al-Qaeda) and its allies in the area of Khirbat Marata in southwestern Aleppo and in the district of al-Zahra west of the city.

Russian warplanes also reportedly carried out strikes on positions of al-Qaeda-affilated Horas al-Din in the areas of Urum al-Jawz, Bsheiriyeh and Ariha in northwestern Idlib.

According to some sources, these actions were a response and an additional warning to militant groups that had recently participated in attacks on government positions in Aleppo and Latakia.

On the same day, the Syrian government reopened the Hama-Homs highway for civilian traffic for the first time in seven years. The reopening of the highway is a part of the reconciliation agreement in the northern Homs countryside.

Additionally, Mays al-Kareidi, a spokeswoman for the Syrian Democratic Council (SDC), made an official statement announcing that the SDC is ready for direct negotiations with Damascus. According to the statement, SDC Co-Chair Ilham Ehmed declared its readiness for negotiations with the Syrian government without any preconditions.

The SDC is another brand created to hide the YPG/YPD dominance within the US-backed Syrian Democratic Forces. Ilham Ehmed is a senior member of the Democratic Union Party (PYD).

The SDC’s announcement came just a day after the withdrawal of the YPG from Manbij and two days after the announcement that Turkey and the US had endorsed the roadmap for the area.