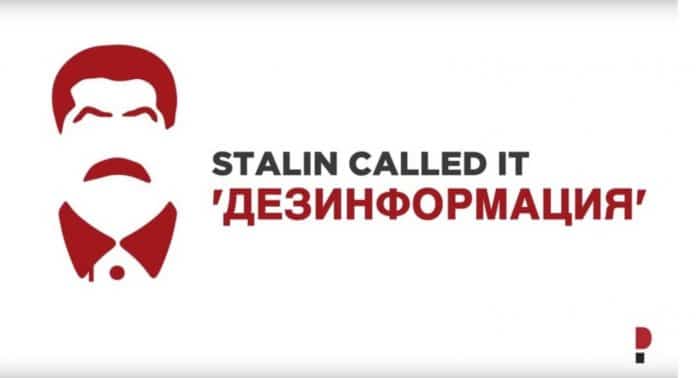 ‘Russian’s everywhere, everywhere Russians’ – that’s long been the mantra of NATO’s propaganda wing, the Atlantic Council. And, since 1961, the American lobby group’s raison d’être has been to convince the world that Moscow presents an existential threat to the rest of Europe.

And as NATO has expanded, the ‘think tank’s’ agitprop has evolved from the ‘reds in the bed’ whispers of the Soviet-era to today’s new racket: ‘disinformation.’

This week, Atlantic Council announced a new initiative known as the ‘DisinfoPortal.’

Their latest wheeze is pitched as “an interactive online guide to track the Kremlin’s disinformation campaigns abroad.” Something you can take to mean pretty much everything which contradicts NATO-friendly messaging, whether accurate or not.

And they kicked off with a bit of classic deception of their own, right on the landing page, which announced: “in 2014, Putin invaded Ukraine, the first annexation of territory in Europe since World War II.” This came replete with animated tanks powering across the image.

Of course, here Atlantic Council seems to have forgotten about the events of 1974 when (NATO member!) Turkey staged a de-facto annexation of Northern Cyprus, a military occupation which continues to this day. As it happens, the ‘think tank’ receives money from the Turkish government, via the state-owned Turkish Petroleum Corporation.

And that’s aside from whether Russia’s reabsorption of the peninsula was strictly an annexation anyway, given Crimea, previously a semi-autonomous republic within Ukraine, voted to secede from Kiev after an unconstitutional armed-coup which had removed the democratically-elected central government. But we shall leave that debate to the legal experts.

According to Atlantic Council lobbyist and former Washington man in Poland Daniel Fried, “it’s time to stop ‘admiring the problem’ of Russian disinformation and start fighting back, using the tools of democratic societies to counter the autocrat’s playbook.”

What makes the portal noteworthy is how it brings a multitude of “info warriors” together, from various backgrounds. Some previously operated as part of organized groups and others have apparently been freelancers. But now they are all united under one roof. 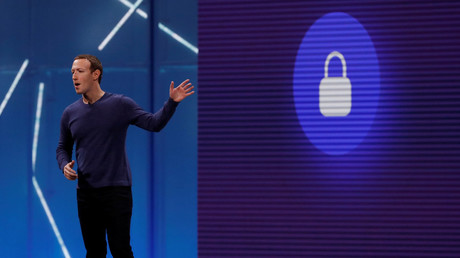 And a well-resourced parapet it is, to boot. The Atlantic Council has considerable financial muscle: its backers include NATO itself, along with the US State Department, various branches of the American military and defense contractors (such as Raytheon and Lockheed Martin). All of whom, obviously, benefit from tensions with Russia. Other substantial contributors include the United Arab Emirates and the Ukrainian World Congress.

So, there’s no evident shortage of cash, which has allowed them to bring more than 80 “experts” to the project. Here are some of the more colorful:

Julia Davis – Atlantic Council describes this Ukrainian-born activist as “an investigative reporter and a Russian media analyst.” Which basically seems to amount to watching Russian television and tweeting about the topics it’s covering on any given day, something any telly-addict Russian speaker with too much time on their hands, could manage. Before she became interested in Russia-related “info wars,” Davis was better known for claiming to be a victim of US surveillance after she alleged the late actress Brittany Murphy “was caught up in a government plot against a national security whistleblower.”

Eliot Higgins – A former payments officer at a women’s underwear company, he first came to prominence during the early stages of the Syrian War by using open-source data to “geolocate” various events in the conflict. Higgins switched his focus to Ukraine in 2014, and was snapped up by the Atlantic Council, who made him a “fellow.”

A notable feature of Higgins’ work is how he only seems to investigate actors who oppose British foreign policy objectives. For instance, his team has shown little interest in Yemen: a stance he put down to a “lack of resources” in a tweet he appears to have subsequently deleted. This excuse is pretty hard to believe, given how he began his Syria work when he was unemployed.

Alina Polyakova – An experienced lobbyist, the Ukrainian-born Polyakova previously steered a controversial 2016 Atlantic Council hit job which smeared dozens of respected public figures as being the Kremlin’s “trojan horses.”  This astounding neo-McCarthyist report declared that pretty much every anti-establishment political force in Europe was an agent of Russian influence: including figures as diverse as French right-winger Marine Le Pen and socialist British Labour leader Jeremy Corbyn.

Ben Nimmo – A former NATO press officer, Nimmo grabbed headlines in April when he wrongly “outted” a genuine Twitter user as a “Russian troll.” According to the self-styled ‘Digital Sherlock,’ @Ian56789 was a nefarious “bot.” However, it later turned up out that the account was managed by a British retiree named Ian Shilling. 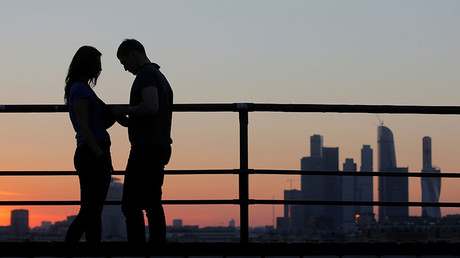 Brian Whitmore – A journalist-turned-lobbyist who once hosted the rapidly Russophobic ‘Power Vertical’ podcast on US state broadcaster RFE/RL, Whitmore recently joined up with CEPA (The Center for European Policy Analysis).

The primary goal of this Washington and Warsaw-based foundation is to whip up anti-Russian hysteria, mainly in Central and Eastern Europe, which have become new markets for American arms manufacturers since their accession to NATO.

How appropriate then that CEPA is funded by the likes of Lockheed Martin, FireEye, Raytheon, Sikorsky Aircraft, and Bell Helicopters: information which used to be displayed on its own website but now returns a dead link!

Edward Lucas – Another CEPA ‘employee’, Lucas enjoyed a relatively distinguished career in journalism before turning his hand to lobbying, working as an editor at The Economist and writing regularly for The Daily Mail. He still pens a column for the Times of London, but is more likely to be found these days on the European and US conference circuit warning about “dangers” from Russia.

Andrew Weisburd – One of the creators of the German Marshall Fund of the United States’ (GMF) much-maligned ‘Hamilton 68’ dashboard. Weisburd, whose Atlantic Council bio shows him posing in front of an American flag, has an “interesting”  background according to Alternet, such as a “well-documented history of online vigilantism, including his founding of a one-man, anti-Palestinian web monitoring initiative that specialized in doxxing left-wing activists, Muslims, and anyone he considered “anti-American.”

Michael Weiss – One of the few monolingual “experts” on the disinfo portal, Weiss arguably kicked off the current “disinformation” bandwagon with a 2014 report (co-authored by fellow lobbyist Peter Pomerantsev) on how the “Kremlin weaponises information, culture and money.” Previously, Weiss worked for ‘Just Journalism,’ a London-based pressure group dedicated to smearing media workers who opposed Israeli foreign policy.

Later, he joined the neo-conservative ‘Henry Jackson Society’ before he returned to the US to found ‘The Interpreter,’ a blog which smeared media figures who refused to support American objectives in Ukraine and Russia. He regularly appears on CNN these days, analyzing Russian affairs, which has raised eyebrows because he cannot speak Russian and has, by all accounts, never actually visited Russia.