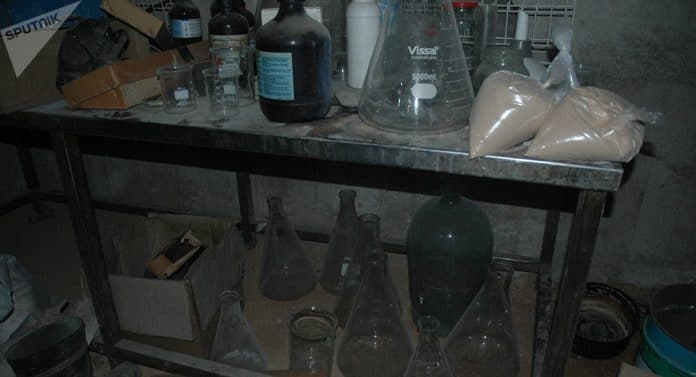 Russian Defense Ministry spokesman Maj. Gen. Igor Konashenkov said Monday that militants of the Free Syrian Army had already brought canisters with chlorine to a settlement in Deir ez-Zor to stage another “chemical attack against civilians.”

“According to the information received via three independent channels in Syria, the command of the so-called Free Syrian Army with assistance from the servicemen of US special operations forces is preparing a serious provocation with the use of toxic substance in Deir ez-Zor province,” Konashenkov said.

The ministry noted that the video of the use of chemical substances would become grounds for US coalition’s attacks on institutions of the Syrian government.

“The staffed video, after it is disseminated in the western media, should become new grounds for the US-led coalition to carry out a missile strike against Syrian state objects and to justify militants’ offensive against Syrian government troops on the eastern bank of Euphrates,” Konashenkov added.

The Russian Defense Ministry warns that the use of such provocations to destabilize the situation in Syria is unacceptable, he stressed.In April, the US, the UK and France launched airstrikes against Syria accusing Damascus of a chemical attack in the city of Douma. The Syrian and Russian governments have charged the US and UK-funded White Helmet group with staging a false-flag chemical attack in the city to prompt Western military intervention.