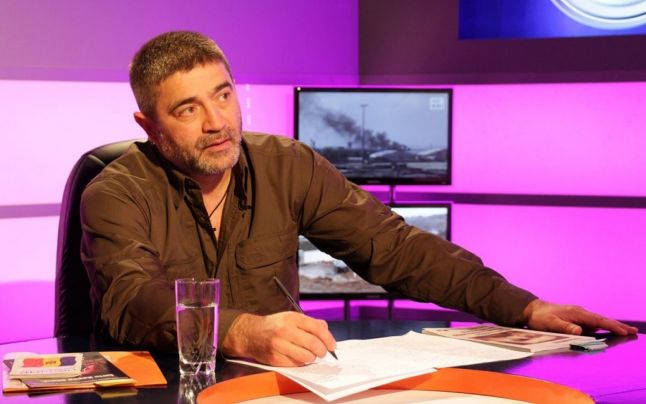 [ Editor’s Note: This story just came in via our friends in Iran from New Horizons, where I visited last month. It seems that Mr. Rosca’s criticism of the new Moldovan government has touched a nerve, and they want to dispose of him via a prosecution.

VT has not followed Moldovan politics much, our only exposure to the country being on the front end of the violent Ukrainian coup by the West.

But we will watch this case to see what happens. Rosca had been a Parliament MP, and deputy prime minister of the previous government.

Independent media is in the crosshairs because we shined the “fake news” spotlight on corporate media; and they are attacking us now, trying to put the fake news monkey on our backs. Good luck with that.

Below are some key points of Mr. Rosca’s statement, edited for brevity. I like this guy already... JD ]

This text is intended to inform the public that I am being prosecuted by the Anticorruption Prosecution Unit under a report made up under the command of those that are fed up with me by an „informer on duty” of the bodies of repression.

Thus, on the morning of February 28, nine prosecutors and officers from the Anticorruption Prosecution Unit searched through the office where I do my work, having a warrant. It was brought to my attention that I am suspected of influence peddling. We initially thought it was a confusion. The search looked like the ones in movies. I asked what they were looking for, hoping to help them with something.

I was given the answer: „Money, notes, computers, all other kinds of devices that contain information.” Fifteen pieces were taken, computers (including all of my colleagues’ computers), the outer memory with my electronic library, my cell phone, notebooks, manuscripts, note sheets, etc.

From the documents provided by the criminal investigative body I learned that the dossier was created on March 21, 2017. However, perhaps to avoid being aware of the existence of a criminal case in which I am considered a suspect, the procedure obliging the investigative body to inform the person suspected within 30 days from the initiation of the criminal prosecution, the case was started on a criminal offense….

…..I remind everyone that I am and remain a tough critic of the current regime. I consider it illegitimate, abusive and dangerous for our national interests. It is well known that our country is in the state of usurpation of state power.

I published and have always published articles in Romanian, Russian, English and French, in both national and foreign press, with firm criticism of the current government. I do TV shows and make Internet videos that do not please those in power today. I have edited and continue to print books that do not fit the party line of those in the top of the state hierarchy…

Note: Hamed Ghashghavi has a video here that would not embed for some reason, but you can copy and paste it...JD

…If I am to be condemned and imprisoned, I am not going to abandon my beliefs nor bend to those in power at the moment, which probably jubilate at the thought of getting rid of another inconvenient person.

That which I talked about, I will keep telling and writing in whatever circumstances. Be happy, those of you who despise me and are counting my days! That person which you hate is subject to public execution, humiliation and mockery of all hirelings and impostors. But be careful not to have your happiness cut short. Oft times one day is better than sometime a whole year. We will see who gets the last laugh.