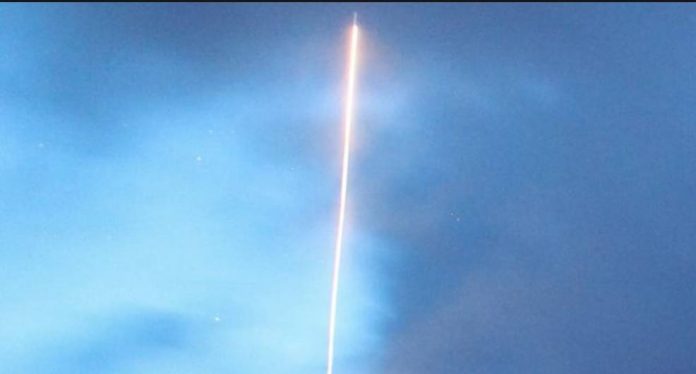 [Editor’s note:  If you think its a missile, it’s not, its your vivid imagination stimulated by watching a missile launch that “isn’t a missile?”

It’s kind of like being a German and learning holocaust math.

“First you start with 4.3 million European Jews living west of the Ural Mountains.  You gas 6 million of them leaving 3.8 million at the end of the war as refugees.  You then send anyone who fails to understand how we get these figures to prison for 12 years.”

This one is even more fun.  It’s not the first time, the exact same thing happened in November 2010 when a Chinese ballistic missile nuclear submarine pierced US defense and fired an ICBM right off Los Angles in broad daylight.  See video below:

For those who follow issues of UFO disclosure, the backstory as sourced, and this is only for believers mind you, is that China was aided by an off planet civilization that “teleported” China’s submarine as a warning to other powers that China had struck a deal of some kind.

As a minor aside, do note the contrail left by the alleged Chinese missile from 2010 that, of course, wasn’t a missile at all.  Think about MH17 and realize that were a BUK missile to have shot down that plane, we might well be looking at dozens of videos depicting a similar contrail.  Years later they haven’t appeared though anyone blaming Kiev for shooting down MH 17 with their nasty little planes which were there is smeared.

A little half-assed Google research using a tiny bit of critical thinking might just start something, or not.  Anyway, back to the wild UFO tale;

As it was told in a briefing of sorts, 12 briefcases were distributed to world leaders regarding rules and procedures, meaning “who is in charge” of off world relations.

Then again, if you think all of this is just crap, enjoy the video and funny pictures and safely go on with life as before.  Good luck with that. G]

The strange object that left a bright red and orange vertical streak through dark skies over an island off the coast of Washington State on Sunday was not connected to US military activity, forces in the area have confirmed.

On Sunday, a weather camera snapped footage of a weird object streaking through the sky in the wee hours of the morning around 3:56 a.m., military.com reported. The news outlet inquired with Naval Air Station Whidbey Island whether it had conducted a missile launch, which might have explained the ascending object. 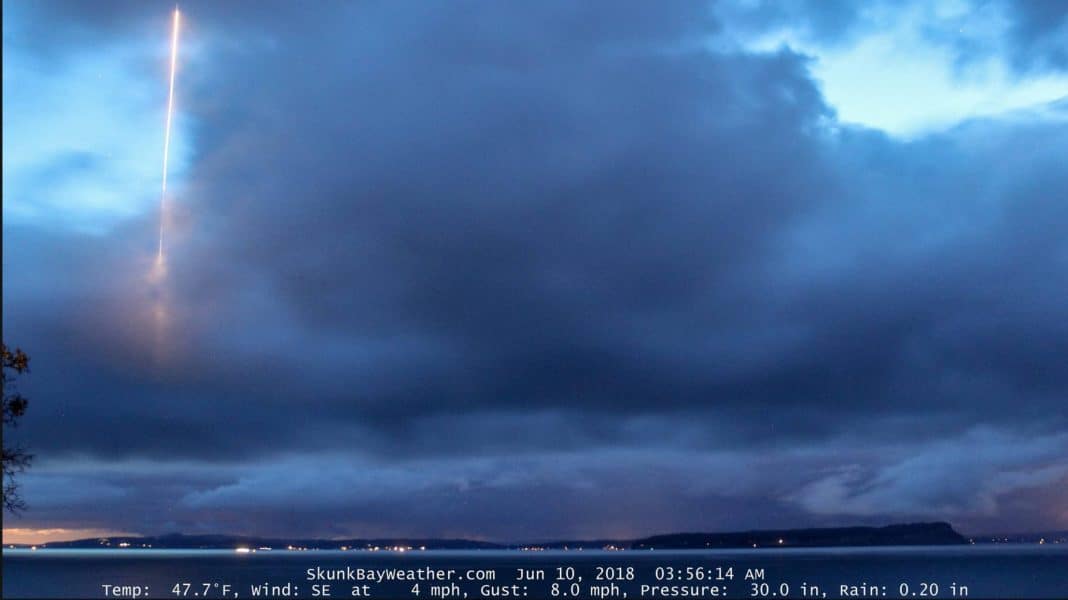 “There’s a lot speculation around here,” a spokesperson for NAS Whidbey Island told military.com on Monday, “but it’s definitely not a missile launch.” The naval air station on the island does not have any missile capabilities, according to the spokesperson.

Professor Cliff Mass, an atmospheric sciences faculty member at the University of Washington, wrote in a blog post Monday that the object “really looks like an ascending missile… I would be interested if someone had some insights into this sighting.” The professor noted that he has never heard of rocket launches taking place at NAS Whidbey Island, and that “this feature does not like like a meteor.”

According to SkunkBay Weather, a weather monitor in Washington State, the videographers contacted both NAS Whidbey Island and the US Defense Department before sharing the video publicly. “My night camera picked up what clearly looks like a very large missile launch from Whidbey Island,” SkunkBay Weather said in a Facebook post.

“They all said it didn’t come from them.”