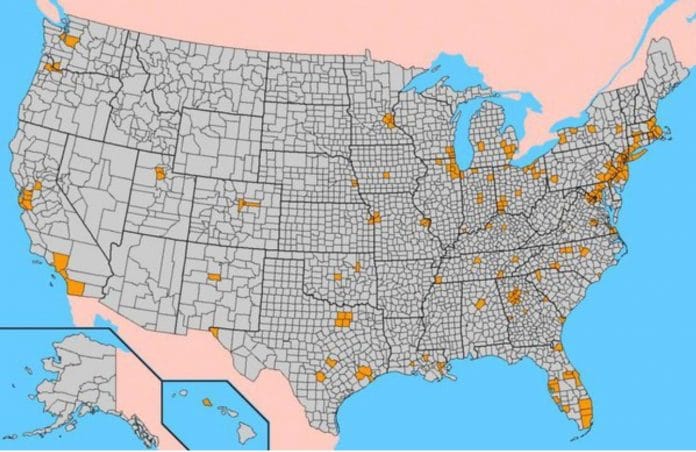 In a recent Pravda.Report article, How Low Will America Go, (05/26/18), I discussed how America’s so-called “Electoral College” has failed “to fulfill the purpose it was originally created for, which was to keep inept, venal, and/or soulless people from occupying the highest office in the land.”

Some of the comments I received seemed to doubt the veracity of this assertion and regurgitated the standard argument that the Electoral College was created for a more “noble” purpose-to ensure that less populous states would have some ability to impact presidential elections.

While this may have been a result of the creation of the Electoral College, several historical realities dispute that this was its primary intent.

This Constitution provided that the United States Congress would be divided into two chambers: The Senate and the House of Representatives.  Each state would have two Senators, but a state’s number of Representatives would be determined by its population.  The so-called “Free States” were unwilling to count slaves as part of the population, because they were legally viewed in the South as property instead of people, and certainly didn’t have the right to vote.  But, not surprisingly, when it came to the quest for political power, the South suddenly wanted the slaves to be “human.”  Ultimately, they were considered, for purposes of Congressional representation, to be “three-fifths” human.

The truth is that many of the Federalists at the Constitutional Convention distrusted the idea of giving too much power to the masses.  According to historian George Brown Tindall (America, A Narrative History, Volume One) one of the more prominent Federalists, Alexander Hamilton, called people “turbulent and changing [and] they seldom judge or determine right.”

This belief was demonstrated by the Federalists’ initial refusal to protect individual rights against the potential for tyranny from the government and/or the majority.  It was only after the Anti-Federalists, led by George Mason, seemed poised to succeed in preventing the Constitution’s ratification that the Federalists relented, and the first ten amendments, collectively known as the Bill of Rights, were added on December 15, 1791.

Further evidence of this distrust was demonstrated by the fact that United States Senators were not directly elected by the people of the state they represented, but by the legislatures of those states.  This did not change until the Seventeenth Amendment was ratified in 1913.

One major problem with the Electoral College system is it actually dilutes votes, and therefore gives too much power to less populous states.  For example, Wyoming has a population of roughly 579,000.  It receives three electoral votes, two for each Senator and one for its sole Representative.  California, on the other hand, has a population of roughly 39,000,000, and receives fifty-five electoral votes.  This means that each electoral vote in Wyoming represents only 193,000 people, while each electoral vote in California represents over 700,000; thus, a vote for president in Wyoming carries over three times the weight of a vote for president in California.

Another dilution problem is that the winning presidential candidate in a specific state receives all of that state’s electoral votes, regardless of the popular vote percentage.

For example, in Pennsylvania, during the 2016 election, Trump received 48.2 percent of the popular vote, and Clinton received 47.5 percent.  Yet despite this slim majority, Trump was awarded all twenty of Pennsylvania’s electoral votes, which essentially rendered the roughly 2,900,000 votes Clinton received meaningless.  Yet logic and proportionality, ignored by the Electoral College system, should dictate that, after deducting the one electoral vote siphoned off by third party candidates, Clinton should have received nine electoral votes to Trump’s ten.

After Trump’s dubious “election” a few members of the Electoral College began talking about invoking Hamilton’s original intent, by voting for Clinton in states where Trump had won the popular vote.  This has always been a prerogative of these “electors,” although it has rarely been exercised.

However, in recent years, laws have been created to reduce this prerogative.  In some states, electors are required by law to vote for the winner of that state’s popular vote.  In other states, laws have been passed or are being discussed that order electors to vote for the winner of the national popular vote, regardless of how people in their state voted.  And some states have begun to proportion their electoral votes, much in the manner of the Pennsylvania hypothetical I discussed above.

Finally, the Electoral College increases the potential for voter fraud and corruption of elections.  Unscrupulous individuals, organizations, or nations would have a difficult time influencing the popular vote.  This was evidenced by the fact that even though a great deal of fake news sites were allegedly created by foreign governments to tip the election in favor of Trump, he still lost the popular vote, and by a significant margin.

However, under the Electoral College system, all that is required is to manipulate voters or hack voting machines in a few select counties or regions to receive all of a state’s electoral votes.

Abandonment of its original intent, dilution of the individual votes of more populous states, dilution of the overall popular vote, laws increasingly reducing its significance, and the heightened potential for corruption and voter fraud are all reasons the Electoral College is an anachronistic monstrosity that must be abolished.

But if that isn’t evidence enough, I leave you with perhaps the best reason of all.  In the last sixteen years, the Electoral College has been responsible for sending two of the vilest human beings in United States history, both of whom lost the popular vote, to the White House-George W. Bush and Donald Trump.

I rest my case.