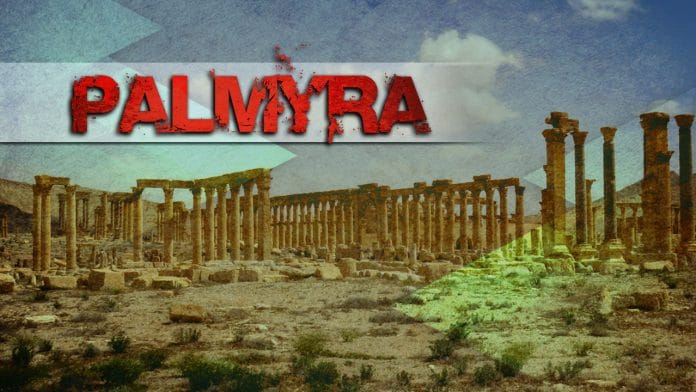 Editor’s note: Understanding international relations, for the general public, has to be impossible.  Unless Trump is utterly clueless, he has to be part of these gas attacks the Russians are now saying the US is planning.

What is in the video attributed to Russian sources is that Trump and his Zio-cronies are moving chlorine gas into Kurdish areas to use on civilians as a pretext for flying air support for ISIS against the Syrian Arab Army.

All evidence we have seen says this is not only plausible, it is absolutely true.

However, I can also assure you, the FBI is investigating stories like this that we carry and others, though totally true, as “dangerous foreign propaganda.”

Still using a “gmail” address?  Google and Fakebook are among the primary backers of this kind of terrorism along with Fox News, the BBC and CNN.

Early on June 11, pro-government forces, supported by the Russian Aerospace Forces, repelled a militant attack coming from the US-held area of Al-Tanf in eastern Syria on the ancient city of Palmyra, according to the Russian military.

Syrian troops reportedly detected a group of militants with motorcycles and vehicles equipped with machine guns near Tall Ghurab. Five militants were killed and a vehicle and a motorcycle were destroyed in the clashes which erupted.

The Russian military added that attempts by militants to carry out operations from the Al-Tanf area appear on a regular basis.

On the same day, Major General Igor Konashenkov, a spokesman for the defense ministry, said that The US-backed Free Syrian Army and the US Special Operations Forces are “preparing a serious provocation involving chemical warfare agents” in the province of Deir Ezzor. The goal of the provocation is to create a pretext for a new missile strike on Syria’s state facilities by the US-led coalition and to justify an attack by US-backed forces on Syrian Army positions in the Euphrates Valley.

Recently, the US has supplied the Kurdish-dominated Syrian Democratic Forces (SDF) with 250 trucks including Hummer armored vehicles, heavy weapons and pick-ups, the Russian state media says citing a SDF source.

According to the source, the ammunition and armored vehicles are delivered overland from northern Iraq through the Semelka border control post and from there to the east of Deir Ezzor.

At the same time, ISIS has continued its fierce attacks on government forces in the Homs-Deir Ezzor desert advancing in the Humaymah-T2-Muazilah triangle. The advance was repelled by the SAA but the situation in the area remains tense.

The increased ISIS activity poses a security threat to the SAA-held area, especially if the US-led coalition finds the needed pretext to carry out strikes on government forces.