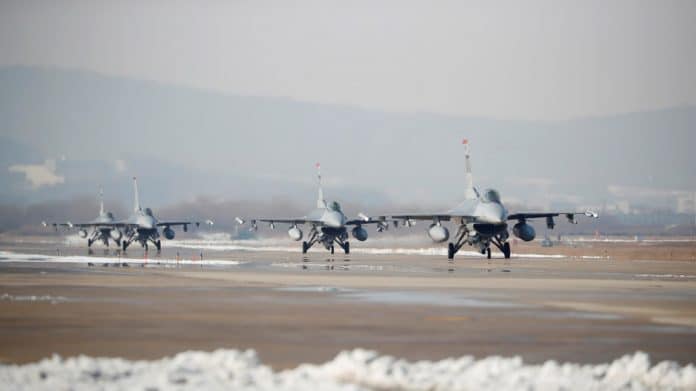 [ Editor’s Note: Trump’s stopping the US war game with S. Korea was a show of good faith, but one where the switch can be flicked back on with a tweet from Trump. His tease of removing US troops from South Korea is also something that could be reversed.

The next step will complicate things due to what China will want, as it will be involved with the peace treaty, possibly as backup for North Korea if the US, or a future Trump, should abrogate this agreement.

I am waiting for how Kim is going to ask for “Trump Insurance”, to coin a new slang term, for abrogating an agreement for “national security reasons”. I am still trying to mentally process Trump’s claims of US products banned from WTO countries, or that have big tariffs on them, but the US has never taken anyone to the WTO. What’s up wid dat?

This is just my guess at this point, as I have been wondering what the real motivation would be for the US to want a real North Korea peace deal. All I can come up with is that the US wants to redeploy the defense spending and muscle to take on China in the South China Sea as a more important concern.

That’s a dream come true for the Navy, where the money saved on South Korean drills and basing can be shifted to resource-load the 700-ship building program, something for which I am sure Peking sees. The Chinese will probably show up in the next round of talks… Jim W. Dean ]

The United States will halt military drills with South Korea while negotiations between Washington and Pyongyang continue, Donald Trump told the press after meeting with North Korean leader Kim Jong-un.

Describing the exercises as “war games,” Trump said that the drills were “very expensive” and required US bombers to “fly in from Guam” – a practice that he described as “provocative.”

Speaking about the large US military contingent based in South Korea, the president said that he would ideally “like to bring them home, but that’s not part of the equation right now. But we will be stopping the war games.”

The US president made the announcement after wrapping up a historic summit with the North Korean leader in Singapore. Trump thanked Kim after their five-hour meeting “for taking the first bold step toward a bright new future for his people.”

The US military in Korea (USFK) has not received new directives from the Pentagon regarding the joint drills, according to USFK spokesperson Lt. Col. Jennifer Lovett.

The US forces are still waiting for “guidance on execution or cessation of training exercises,” Lovett said in a statement on Tuesday, adding that the joint drills “will continue with our current military posture until we receive updated guidance from the Department of Defense.”

Joint US-South Korea military exercises have complicated the fragile negotiations on the Korean Peninsula. Pyongyang canceled high-level talks with Seoul in May due to the ‘Max Thunder’ military exercises between the South and the US. The drills were described by the North as a rehearsal for invasion of the DPRK and a provocation amid warming inter-Korean ties.

The annual Max Thunder drills kicked off on May 11 and lasted two weeks. They followed the massive Foal Eagle field exercises conducted by the US and South Korea in April.