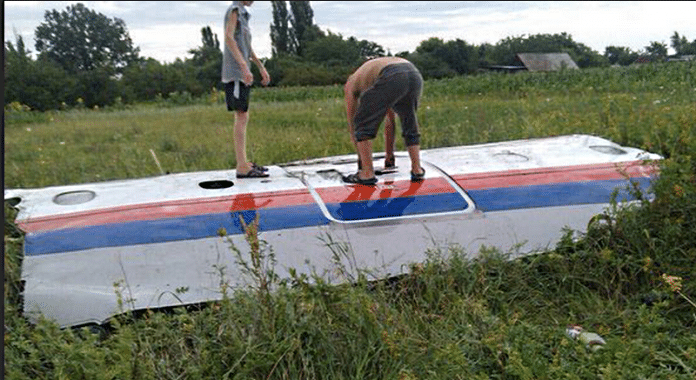 On May 30, the Dutch Parliament held hearings on the findings of the new interim report on the causes and culprits of the Boeing MH17 disaster. Two factions of the parliament – Forum for Democracy and the right-wing Freedom Party (PVV) – refused to support the resolution to recognise Russia as the guilty side of tragedy.

All political groups of the lower house of the Dutch parliament also wanted to know why Belgium and Malaysia, whose citizens were also killed in the tragedy, had not supported the decision of the Netherlands and Australia. Forum for Democracy, PVV and others stated that one should conduct investigation into the role of Ukraine in the crash of Malaysia Airlines Boeing 777.

Ukraine should be held accountable for the tragedy, because the country had not closed its airspace for civil aircraft during the time of hostilities on the territory of Ukraine, Raymond de Rhone, a member of the Freedom Party believes. Dutch Foreign Minister Stef Blok said that there was no insufficient evidence of Ukraine’s responsibility for the air crash. The minister urged everyone to wait for further conclusions from the Joint Investigation Team. He added that he did not exclude Ukraine’s responsibility for the MH17 disaster in the future.

Associate Professor of the Department of Political Science and Sociology of the Russian Economic University, military political scientist Alexander Perendzhiev told Pravda.Ru that there was one very important fact that could not be ignored. Ukraine as the host country of air transport contracts shall be responsible for ensuring the safety of air flights regardless of what happens on its territory. “There is no direct evidence against Russia, but there is direct evidence that Ukraine had not fulfilled its obligations on international security of air travel,” the expert told Pravda.Ru.

“The Boeing MH17 tragedy looks like a failed special operation that the West was conducting in cooperation with Ukraine. They subsequently decided to hold Russia responsible no matter what. This investigation cannot be objective, because it contains a lot of terrible secrets that they do not want to advertise,” the military political scientist told Pravda.Ru”.

“Specialists from the Institute of the Air Force of Russia analysed pictures of the damaged hull of the airliner. They told me personally that the probability of an airstrike on the passenger airplane was high. The Dutch are being stubborn now about the version of the Buk missile, but this is a distracting manoeuvre,” the scientist said. The JIT does not want to consider the airstrike version, “because the version of the attack from the air will throw shade on Ukraine,” he added.

“The Europeans start seeing the Ukrainian government as a group of uncontrollable gangsters, especially after the staging of journalist Babchenko’s murder. Let’s also recall the theft of paintings from Holland. They begin to understand what Ukraine and its government really are – Ukraine as a law-governed state is a fantasy. After many world leaders and European officials visited the St. Petersburg Economic Forum, the Dutch realised that they would have to build relations with Russia. Therefore, they start paying more attention to Ukraine’s role in the tragedy,” Alexander Perendzhiev concluded.