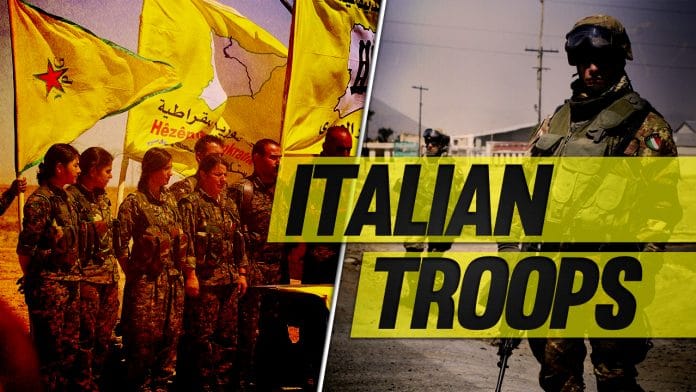 The Syrian military is deploying additional Pantsir-S1 short to medium range air defense systems in southern and eastern Syria, according to pro-government sources.

Additional Pantsir-S1 systems had been deployed in the area near the Israeli-occupied Golan Heights, the Hezbollah media wing in Syria said on June 12. This move is clearly aimed at strengthening the air-defense capabilities of the government forces in case if Israel reacts to a military operation against militants in Daraa with airstrikes.

On June 11, reports also appeared that additional Pantsir-S1 systems will be deployed in the province of Deir Ezzor where tensions are steadily growing between government forces and the US-led coalition.

Separately, the Syrian Army and its allies repelled another ISIS attack in the Homs-Deir Ezzor desert; this time in the Humaymah-T2-Muazilah triangle. The situation on the western bank of the Euphrates remains tense.

Italian troops have deployed in the province of Deir Ezzor to support the Syrian Democratic Forces (SDF), the Turkish media reported on June 12 citing local sources.

According to the report, the troops entered Syria from Iraq, reached the city of Hasakah and then arrived at the US military base in the Omar oil field area in the province of Deir Ezzor. The number of Italian troops is unknown.

The SDF has captured Tal al-Jayer, Hulwah and Daral Khattab from ISIS west of the town of Dashishah, near the Iraqi border. Summing up the recent SDF advances, the group has captured over 20 settlements.