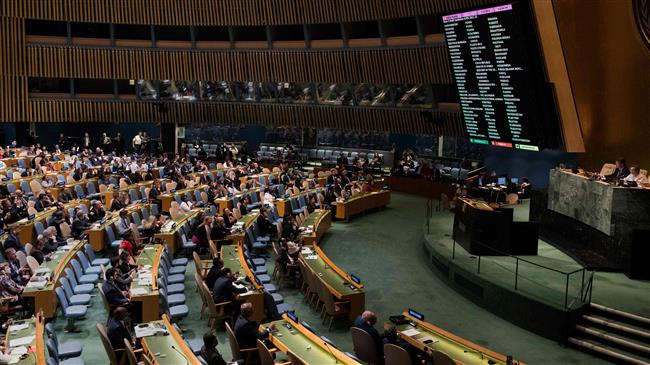 [ Editor’s Note: The vote to condemn the killings of the Gaza demonstrators will not bring back the dead, but with only 8 votes against and 120 for, we seem to have a clear dividing line between good and evil in the UN. Abstentions are common, especially where small countries are heavily dependent on US aid.

On the other hand, the 45 abstentions show that the US did want to twist arms to get more “against” votes. The glaring irony in all this is that if Jews anywhere in the world were the targets of such an ongoing slaughter of unarmed protesters, under similar circumstances, the vote would have been unanimous to condemn the slaughter.

The bright side in all of this is more and more people are beginning to clearly see who the real rogue nations are. That does not mean they know quite what to do about it when, not only are our political institutions corrupt to the bone, but media also, and you can go right down the list of institutions that just turn away from it all, keeping their heads down.

Even places like the Carnegie Foundation, who at least has a history taking on challenges, has kept a low profile on the US unipolar battlefield. Electronic media has turned into a time bomb, initially a huge empowerment of the public, and now co-opted as a cost effective tool of repression by the dark forces.

The Founding Fathers, not perfect men by any means, must be rolling over in their graves watching all this go on… Jim W. Dean ] 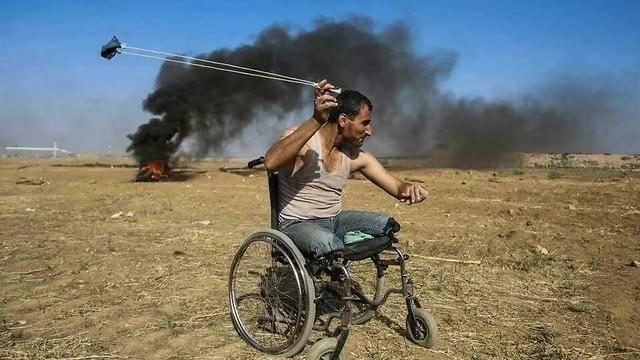 The United Nations General Assembly has adopted a resolution condemning Israel for Palestinian civilian deaths in the besieged Gaza Strip.

The resolution, forward by Algeria and Turkey on behalf of Arab and Muslim countries, garnered a strong majority of 120 votes in the 193-member assembly, with 8 votes against and 45 abstentions on Wednesday.

The resolution calls on UN Secretary General Antonio Guterres to make proposals within 60 days “on ways and means for ensuring the safety, protection, and well-being of the Palestinian civilian population under Israeli occupation,” including “recommendations regarding an international protection mechanism.”

It also calls for “immediate steps towards ending the closure and the restrictions imposed by Israel on movement and access into and out of the Gaza Strip.”

At least 131 Palestinians have been killed and 13,900 others wounded by Israeli forces since March 30, when the regime ordered a crackdown on weekly Gaza rallies promoting Palestinians’ right to return to their homeland.

Countries in favor of the measure turned to the General Assembly after the US used its veto in the Security Council to obstruct the resolution in June.

An amendment presented by Washington slamming Palestinian resistance movement Hamas for “inciting violence” in Gaza failed to gain the two-thirds majority it required.

The amendment received 62 votes in favor, with 58 against and 42 abstentions.

Palestinian Ambassador Riyad Mansour dismissed the US amendments as “games and gimmicks” and called for other ambassadors not to be “fooled” by Washington’s proposal.

“We are asking for a simple thing…We want our civilian population to be protected,” he said.

Turkey’s Ambassador Feridun Hadi Sinirlioglu defended the resolution, saying it was “about taking sides with international law” and showing the Palestinians that the world “does care about their suffering.”

The bloodshed in Gaza sparked sharp criticism from the international community and prominent human rights groups.