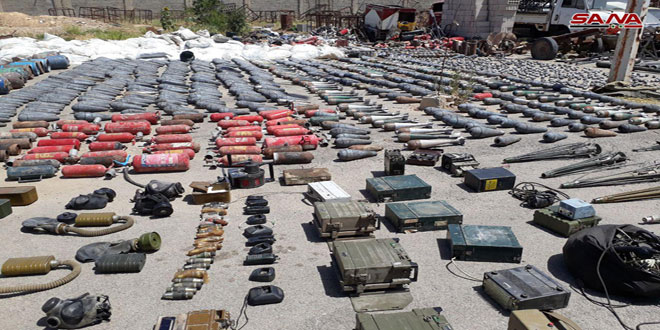 Russia and Turkey have reached an agreement on the situation in the town of Tell Rifaat in the province of Aleppo, the London-based newspaper al-Araby al-Jadeed reported on June 14.

Under the agreement, units of the Turkish military will allegedly be deployed in Tell Rifaat side by side with the Russian Military Police, which was deployed there a few months ago. The Syrian Arab Army (SAA) and the Kurdish People Protection Units (YPG) will withdraw from the town. Members of Turkish-backed militant groups will not be allowed to enter the area.

The agreement is allegedly aimed at de-escalating the situation and allowing civilians to return to their houses in the town.

According to some pro-government sources, the SAA already began preparations to withdraw from Tell Rifaat. Earlier in 2018, SAA units were deployed in the town amid the Turkish military operation against the YPG in Afrin.

The Russian Aerospace Forces have carried out strikes on positions of Hayat Tahrir al-Sham (formerly Jabhat al-Nusra) and the Syrian Liberation Front (formerly Ahrar al-Sham) in the province of Aleppo. The strikes were a response to repeated hit and run attacks by these militant groups on the government-held area of Aleppo city.

On June 14, unknown gunmen shot and killed Doctor Musa Qanbas, a member of the reconciliation committee in southern Syria, in front of his clinic in the town of al-Harra in northwestern Daraa. On June 2, three other members of the committee – Tufiq al-Ghunim, Mohamad al-Ghunim and Mufaq al-Bargas were also assassinated. According to the Syrian Observatory for Human Rights (SOHR), at least twelve members of the committee were assassinated during the last two months.

Syrian experts describe this series of assassinations as an attempt by some militant groups and their foreign sponsors, mostly the US and Israel, to undermine the Damascus government efforts to restore control of southern Syria by a peaceful way.