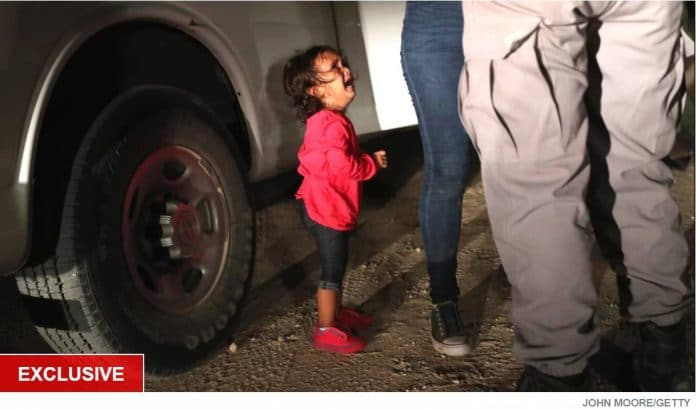 Separating refugee and immigrant children from their parents isn’t just an emotionally wrenching policy. It’s an enterprise that is benefiting intelligence and defense contractors.

Those contractors—including one with a history of scandals—have advertised a flurry of jobs in recent weeks to support the infrastructure surrounding undocumented children whom the Trump administration has taken from their families.

One of them, from Virginia-based MVM Inc., seeks a compliance coordinator to help in San Antonio with the “rapid deployment of an Emergency Influx Shelter for unaccompanied children.” As billed, the coordinator would ensure the children’s shelter met “policies and procedures” set by the Department of Health and Human Services’ Office of Refugee Resettlement. MVM posted the job on its website this week.

In 2008, MVM lost a lucrative contract with the Central Intelligence Agencyin Iraq for, The Wall Street Journal reported, “failing to provide enough armed guards.” It also faced internal allegations that its guards in Iraq, that worked for both the CIA and the National Security Agency, “were procuring and possessing unauthorized weapons and explosives,” according to a since-dismissed lawsuit from an Army Special Forces veteran employee who unsuccessfully claimed wrongful termination after blowing the whistle.

More recently, in July 2017, the Equal Employment Opportunity Commission sued MVM after finding that the firm retaliated against one of its security guards, a practicing Muslim, by forcing him to shave his beard after he reported a supervisor called him a “n**ga.” The company settled the case months later for $135,000. And it hasn’t been the only recent example of what the EEOC has considered discrimination.