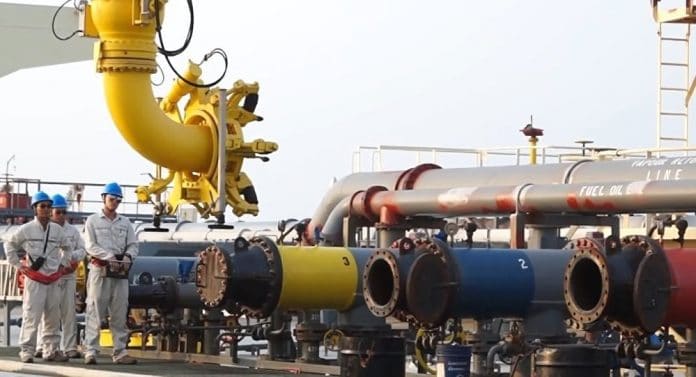 Didn’t See That Coming: China Threat of New Crude Oil Tariff a Surprise in US

[ Editor’s Note: China has found a soft spot for counter tariffs that could get Trump’s attention. This could push more of China’s oil purchases toward Iran.

Reports this weekend showed Iran is floating $6 billion in domestic bonds to make sure it can maintain needed investments to keep expanding its oil production to another 500,000 barrels a day.

The US Treasury might not have anticipated this move; and this reminds us of the old adage, “Be careful what you ask for, because you might just get it.”

Russia and Saudi Arabia are working closely to stabilize prices, but India is saying that current price levels drag on their needed growth.

Where the new sweet spot is for producers and consumers to find a comfortable balance is anyone’s guess. A major war conflict, especially in the Mid East, could start the price roller-coaster going once again.

This will be a memorable “Year of the Sanctions Wars”, where everybody could lose, if it slows growth worldwide… Jim W. Dean ]

Just as China topped the list of nations buying US oil, Beijing – retaliating to unilateral Trump economic threats – sent jitters through energy markets on Friday by threatening new tariffs on natural gas, crude oil and many other energy products.

On Friday, Beijing threatened to impose tariffs on US energy products in response to $50 billion in tariffs imposed by US President Donald Trump. Such tariffs would inhibit Chinese refiners from buying US crude imports, potentially crashing US energy markets and hitting the fossil fuel industry where it hurts the most: in shareholder approval.

“This is a big deal. China is essentially the largest customer for US crude now, and so for crude it’s an issue, let alone when you involve [refined] products, too. This is obviously a big development,” Matt Smith, director of commodity research at ClipperData, told Reuters.

According to US Energy Department figures, China imports approximately 363,000 barrels of US crude oil daily. The country also imports about 200,000 barrels a day of other petroleum products including propane.

The US energy industry has seen its profits boosted by fracking in domestic shale fields, which produce some 10.9 million barrels of oil per day.

The US is also exporting a record 2 million barrels per day, and encouraging countries like China to import more US energy products instead of those from Iran, after Trump recently withdrew from the historic Joint Comprehensive Plan of Action (JCPOA) 2015 nuclear arms deal with Tehran.

China is currently the largest buyer of Iranian oil as well, purchasing some 650,000 barrels daily during the first quarter of 2018.

According to Bernadette Johnson with the Denver, Colorado, energy consultancy Drilling info, tariffs will increase prices for other petroleum products including propane and liquefied natural gas.

“The constant back-and-forth about the tariffs creates a lot of market uncertainty that makes it harder to sell cargoes or sign long-term [trade] deals,” Johnson noted, cited by Reuters.

In late March, the White House slapped trade sanctions on China, the world’s second largest economy, including limitations in the investment sector as well as tariffs on $60 billion worth of products.

Citing “fairness” considerations, Trump referred to the car market, stating that China charged a tariff ten times higher on US cars than the US did on the few Chinese cars sold in the US.

Separately, in a bid to deliver on campaign promises, Trump announced his intention to impose a 25-percent tariff on steel imports and a 10-percent tariff on aluminum imports from an array of US allies, including the EU, Mexico and Canada. Those nations — longtime allies to the US — have promised retaliatory economic measures.

Trump has also reportedly mulled placing a 25-percent import tax on European cars, something that would significantly affect the highly-profitable US market for expensive German automobiles.