“We are tired of being told that the solution to gun violence is more guns. We are tired of massacres like Orlando and Sandy Hook. And we are tired of tweets and prayers that do nothing to stop the bloodshed. Today, we are here to continue the movement that began on the House floor last week. We are sitting in to demand action.  It is time for a vote to keep guns away from dangerous terror suspects, a vote to require background checks on all gun sales, a vote to stop gun trafficking, a vote to lift the ban on gun violence research, a vote on common sense. It’s time for gun violence to end.” – Congresswoman Carolyn Maloney

The most dangerous growing organization in America right now is Moms Demand Action for Gun Sense in America. It is an organization designed to collect broken mothers into accepting the deception and lies of recent alleged school shootings and no-common sense gun-control, while assimilating their children into an appointed “victim” classification that requires the fear of weapons.

The organization is clearly pushing Communism and sends a message to other recruit(able) mothers that the government needs total control over our weapons in the name of public safety – for the children of course. The organization uses the children, while promoting the disarmament of the nation, while collecting young children into a dangerous unstable mind-set, which promotes hate, fear, and lawlessness to the American way of living.

This organization has over 80,000 members and 80 Chapters all over America. There are also many other similar disarming organizations that lure Americans using “victims” as a way to make money, spread more disinformation, while assimilating into a particular class of mental illness which accepts, promotes, and expedites the loss of America’s Constitution & Bill of Rights. ALL IN THE NAME OF SAFETY.

In this continued massive psychological operation to disarm Americans, the word “safety” has been chosen as a target to “erase” the mind of the natural definition of “self-protection” under the Second Amendment to inserting a new definition of ‘safety’ which the mind replaces self-protection to government approved and authorized protection. A way to rewrite the Second Amendment with ease and comfort. 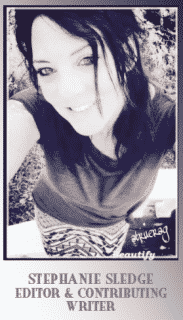 It is Communism’s secret back door into disarming a heavily armed nation. Continuations of this psychological mind-hacking “experiment” using school shootings and other false-flags as a way to convoke more growth for communist security, expose the children to mental abuse, and collect the mothers and fathers into settling for a disarmed nation as America’s new and acceptable future.

Mothers that join groups that HATE the American way of living and use the children to promote government having control over who can own a weapon are true examples of conditioned programming at work. It is an operation which easily controls the masses of people who are unable to think about the effects of the operation at hand. Just ask around and you will discover most mothers are for disarming the nation if they think the children will be safe.

This particular organization has its own deep ties into the recent school shootings. Just put a sad story (real or a faked false-flag) and watch these mind-hacked mothers go running to the nearest “victim” organization embedded in their communities.

Moms Demand Action for Gun Sense in America is just that type of slimy and deceptive organization using the children to enslave the nation – most without even knowing they are participating in such lawlessness and immoral agenda. It’s not for the Children, it’s for the slimes who want to murder all of America while continuing to endorse a bigger police-state and medical establishment, which gives power and rise to mental-illness/gun-control agenda. Total control over American’s thoughts and actions. Eventually, seeing the First Amendment slip away into America’s past as well.

Dumbed-down mothers that are teaching and supporting their children to promote living in a communist society (which is destroying America) need to be condemned and confronted for their help in the ruination of this country. Their support in destroying what America’s Forefathers fought and died for in the name of real safety and security.

Real, strong-hearted American loving women and mothers need to stand up against those wanting to turn every child into a victim and do what they can to promote more government rules, regulations, codes, and laws, while trampling over American’s Constitution & Bill of Rights.

Mothers who turn their children into victims and who have been collected into these groups come from most likely liberal families and promote the public schools in efforts to support disarming the Nation while also helping criminalizing the right to freedom of speech.  These mothers want the nation to mourn the loss of everything which involves a ‘child’s’ death including various organizations such as Mother’s Against Anything. Just fill in the blank, Mother’s against ____________, and suddenly, a new victim’s organization is created and more mothers flock to cry they are victims for more government control and legislation – which is terrorism in disguise.

Do you see or hear of any organizations which are promoting the truth that There is No Such Thing as a Gun Free Zone and the hundreds of people being murdered in cities like “Chicago” where they banned all weapons? Where are the mothers for telling the truth? An armed society is a polite society. Right now, the Parkland students kicked off the “Road to Change” tour in Chicago. Gabrielle Giffords is voicing her ignorance by preaching, “Vote, vote, vote, let the youth lead,” then exploits the number of gun deaths in Chicago when Chicago has been disarmed and no guns are allowed. This is proof right here disarming a city only makes crime and terrorism worse. Chicago used to be one of the loveliest cities to visit.

Zionist Congresswoman Carolyn Maloney and the gun-hating gang are constantly antagonizing and mentally abusing Americans with their radical leftist agenda. These women are examples of broken collected women. Women that think they are doing good for the children but are actually child whoring the nation’s youth while disregarding the future of their own families and the future of our Great Republic.

Child Whoring political figureheads like Hillary Clinton and Gabrielle Giffords are in the forefront collecting these vulnerable, liberal, and broken women. Just recently, former Congresswoman Gabrielle Giffords filed a lawsuit against the Trump administration over gun-control and politics. Diane Feinstein, another Zionist anti-American mentally ill political figure, can’t wait to slither her way into a disarmed nation as she preaches the same slew of nonsense over and over again. Collecting those mothers who are brainwashed and programmed to regurgitate the “for our children” nonsense.

We are tired of massacres like Orlando and Sandy Hook. And we are tired of tweets and prayers that do nothing to stop the bloodshed. Today, we are here to continue the movement that began on the House floor last week. We are sitting in to demand action. It is time for a vote to keep guns away from dangerous terror suspects, a vote to require background checks on all gun sales, a vote to stop gun trafficking, a vote to lift the ban on gun violence research, a vote on common sense. It’s time for gun violence to end.”

“Just one week after the historic sit-in on the House floor, today leaders in Congress will hold yet another historic event to urge our elected officials in the U.S. House of Representatives to hold a vote on bipartisan legislation that protects the rights of law-abiding Americans, keeps guns out of the wrong hands, and saves lives,” said former Congresswoman Gabrielle Giffords, Co-Founder of the gun violence prevention organization Americans for Responsible Solutions.

“I want to thank Congresswoman Maloney for helping lead the fight against our nation’s gun violence crisis. Speaking is difficult for me. But I haven’t been silenced. And neither should the American people. Their Representatives must vote to make our communities safer.”

Gabrielle Giffords, another dual-Israeli citizen, wants to tell Americans how we are supposed to live our lives by pretending to be a second amendment lover but yet shows up in every false-flag since 2011 to push more gun-control which includes eliminating all semi-automatic weapons and accessories. Leaving only Americans with the basic single shot weapon (that’s if you pass all the mental health tests) to even own a weapon.

Not to mention all the legislation these slithering snakes have in hiding including mandatory gun insurance and other lawless ransom demands. Meanwhile, as these dual-citizen child whoring women are pushing the Communist take-over of Americans, they have a dual status which will help them escape back to their Israeli Borg Hive, as America prepares its genocide.

Jack Mullen does a stupendous job explaining how these Moms are controlled through “Hacked Minds Mobilized to Disarm Americans.

One such group is  “Moms Demand Action,” an organization funded by Bloomberg via “EveryTown.” Note: Bloomberg alone has spent dozens of millions in the past decade to destabilize America and change the American form of government including taking down the Constitution. Spending which includes funding of political left candidates and more recently millions spent by on behalf of “EveryTown”.

“Working with vulnerable minds and highly advanced (cost, no object) weaponized mind propaganda which packages generalized deception; this organization animates foot soldiers that carry out the plans and operations of the primary subversive political group.”

Between Michael Bloomberg, Gabrielle Giffords, Hillary Clinton, Diane Feinstein, Maloney, and several other anti-American dangerous Communist promoting political and business oriented figureheads, disarming the nation has been a strategically, well thought-out criminal and lawless plan – against We the People of the United States of America. Please do not claim when it all comes crumbling down that you were not warned. Ignorance is not an excuse…

Here are some more examples of Despicable Women who are Child Whoring and Disarming the Nation. They call themselves Glamorous, but they are really Child exploiting, anti-American Hollywood brainwashed individuals who do not deserve to be called Women. It is time real WOMEN in this country stand up to the Barbie doll, hacked-minded lawless anti-American, victim promoting, child whoring glamor girls who promote the ruination of America.