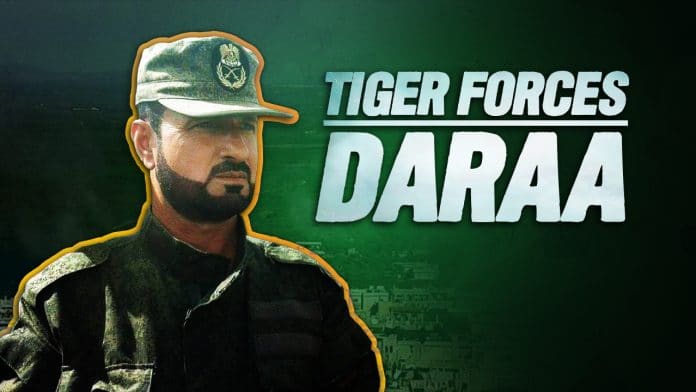 On June 17, Syrian government forces have cleared Kabt Mount, Shadid Hill and the areas of Abar Warak and Bir Atshan, near the T2 pumping station, from ISIS cells.

According to the pro-opposition Syrian Observatory for Human Rights, 18 ISIS members and 8 government fighters were killed in the clashes. Pro-government sources added that a few vehicles of ISIS were also destroyed.

According to the ISIS-linked news agency Amaq, ISIS fighters ambushed a convoy of the Syrian Arab Army (SAA) destroying a battle tank and a vehicle.

This advance was a part of the wider effort of the SAA and its allies to clear the Homs-Deir Ezzor desert and eastern Syria in general from ISIS cells.

The SAA also re-launched its operation to clear eastern al-Suwayda from ISIS after deploying additional reinforcements in the area. Aur, Hibbariyah and nearby settlements remain the main targets of the operation. On June 16, ISIS destroyed an SAA vehicle near al-Haramiyah.

Additional units of the Tiger Forces, led by General Suheil al-Hassan, arrived in the province of Daraa in order to participate in the upcoming military developments there. Pro-militant sources say that the sides involved in the conflict were not able to reach a deal to de-escalate the situation and to implement a reconciliation agreement there.

On June 17, the US-backed Syrian Democratic Forces (SDF) captured the village of Dashisha from ISIS. Additionally, the SDF established control of al-Nasirah and Tell al-Jabir. A major part of ISIS members had withdrawn from these villages towards the remaining positions of the terrorist group along the border with Iraq.

According to pro-Kurdish sources, the SDF is set to clear the entire border from ISIS elements. However, it is not clear when the US-backed force is going to pay attention to a notable ISIS enclave in the Euphrates Valley.