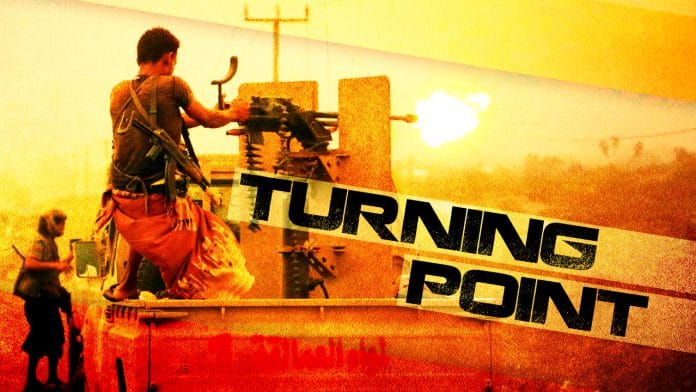 The Saudi-led coalition and its proxies are developing their military operation to capture the western Yemeni port city of al-Hudaydah from the Houthis.

This very advance started on June 13 after a series of failed attempts of the coalition-led forces to reach the city along the western Yemeni coast. Over 25,000 of coalition-backed fighters and at least 1,500 UAE troops, backed by a large number of military equipment, including battle tanks, and the Saudi Air Force and Special Operations Forces are involved in the operation.

According to French daily Le Figaro, troops of the French Special Operations Forces are operating alongside UAE troops.

The goal of the first stage of the operation is to isolate the city from the rest of the Houthi-held area. The coalition has also established a naval blockade of the city. However, it failed to carry out a landing operation in the area on June 13 because the Houthis responded with anti-ship missile strikes.

On the ground, by June 18, the coalition-led forces had entered into the al-Hudaydah airport establishing control of a major part of it. However, some positions in the airport are still in the hands of the Houthis.

The coalition-led forces also captured the Al-Matahen roundabout east of al-Hudayadh attempting to outflank the city. The advance was made thanks to massive air and artillery strikes on positions of the Houthis in the areas. Another factor is that the city is surrounded by non-mountainous terrain.

The Houthis respond to the coalition’s advance carrying out flanking attacks on the logistic lines of their enemies’ striking force. On June 18, a Houthi official, Ali al-Emad, told the pro-Hezbollah channel al-Mayadeen that about 160 fighters of the coalition-led forces had been captured by the Houthis since June 13.

Videos and photos also show that the coalition has already suffered significant losses in military equipment.

Al-Hudaydah is the key logistical hub and the last major supply line linking the Houthi-held part of Yemen and the rest of the world. It’s vital for providing humanitarian aid to the local population. It also allows the Houthis to receive limited military supplies from Iran.

If the coalition is able to capture the city, this may and will likely become a turning point in the Yemeni war leading to the defeat of the Houthis in open warfare and turning the conflict into a partisan war.