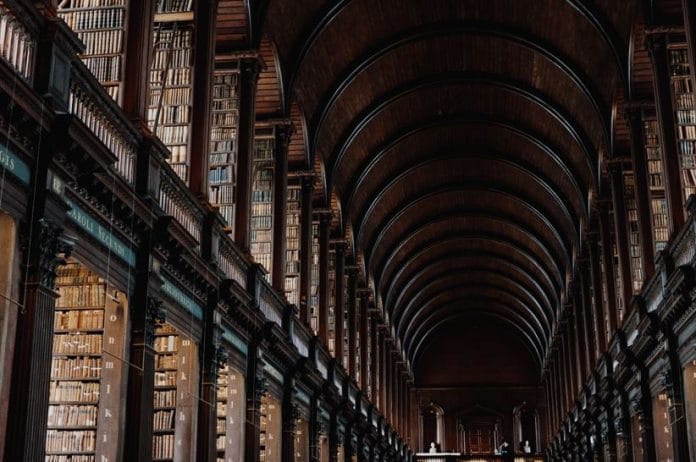 The French Revolution is often dubbed as a seminal event in the world history. Many historians as well as online essay writers have already covered it, but there is always something left to say. Especially if you view it through the lens of modernity.

The French Revolution was peaceful and violent, inspiring and debilitating. It started as an attempt of common people (the third estate) to gain more rights and ended in a horrific bloodbath and the installation of dictatorship. Sounds familiar? Unfortunately, many revolutions follow a similar path.

More than two centuries have passed since 1789, but there is still no consensus about the origins, the consequences and even the dates of the French Revolution. I do not intend to get into the historical argument here. I just want to shed some light on the lessons which can be derived from this revolution and applied in the modern times.

It Is Not Always About the Leader

France made many mistakes in the timeframe before the Revolution. It was on the verge of bankruptcy not only because of its military spending, which is the most commonly cited reason, but mostly due to its poor and simply outdated economic policies.

Louis XVI was not a horrible monarch. He was definitely somewhat weak, letting his noble advisors exert much influence over him. He was not the best ruler, caring more about hunting than reforming the country. But he was not the ruthless dictator like Louis XIV, who once claimed that he was the state.

Louis XVI actually allowed more leeway for policy-making than his sterner predecessors. He did not mind the new Constitution which meant to establish the constitutional monarchy in traditionally absolutist France. He also agreed to abolish feudalism with the August decrees, which stripped nobles of almost all benefits.

All these concessions, which would have saved any other leader, only exacerbated the situation for the French king. Some nobles were disappointed that he did not stand up for them, while peasants were not appeased by such a benevolent move. So, king Louis XVI was forced to repeat the fate of his English counterpart Charles V.

This just shows that politics is highly unpredictable. Even if the leader does not oppose change, it is all about the public image. Louis XVI was hated by his people, both for his lackluster policy and feeble character. Even his best intentions could not save him from failure.

Nicholas II of Russia was a similar person and did not finish well either. Just take a look at today’s politics, where loud populists often prevail over the voice of reason. And you will see that this still holds true today. Being a good or decent leader is not a guarantee to success.

Most Revolutions Are Futile

I would not speak for all of them as it is possible to pinpoint some good examples, such as the fall of Berlin Wall or the American Revolution. However, the majority of the revolutions up to this day have just enveloped history in a circle of repetition, where the finish point ends up being a start.

When Louis XVI was deposed, nothing changed fundamentally, at least in the short term. Arguably, life even got worse when you look at the atrocities of the Red Terror headed by Robespierre or the emperorship of Napoleon. Just compare the pictures of Louis XVI from 1774 and Napoleon from 1806. The similarity is uncanny.

Later people would even reinstate the monarchy – completely out of their own volition. So, what’s the point of swapping one dictator for another? Why shed blood for an ideal which would ultimately descend into chaos, fear and gore.

Food Is the Ultimate Driver

You know that when your friends are hungry, they tend to be more direct and irritable? This is how the people of France felt in 1789 after a couple bad harvests and price inflations. A hungry mob is the most dangerous mob. The capture of Bastille was for the most part driven by that hunger.

The king tried to interfere by setting the prices for basic products like bread, but it only made everything worse. Sellers did not stop offering bread altogether. Why should they trade a product which did not provide for a good profit margin just because the king mandated so?

This case is reminiscent of the president Maduro’s disastrous policies, which turned Venezuela into the wasteland of a country. He also tried to set exact prices for the basic produce, which made supermarkets empty and smuggling rampant.

It is a mystery to me why in the 21st century, after so many historical examples, leaders still try to resort to price regulation. We can only hope that people in Venezuela will survive the crisis and see their economy recover.

After the third estate rebelled against the two upper estates, fear spread all over the French countryside. La Grande Peur drove ordinary peasants to arm themselves and attack their masters preemptively before they even faced any real danger.

The peasants were afraid that all those noble men would take revenge on them for what their representatives did in Paris. Of course, most nobles could not care less to do it, as most of them thought at that time that it was a temporary upheaval. But the peasants did not buy it and decided to attack first.

They would seize the noble chateaux and castles and confiscate some of their property, including the list of feudal dues. They would attack to protect, which sounds ridiculous. But isn’t it what many countries around the world do? Fear is a motivation many politicians use to sway votes in their favor. Fear is why Stalin and Hitler became so powerful in the first place. Fear is the best manipulation tool in the world.

Wealth Inequality Is a Problem

In Ancien Regime the nobles as well as the clergy were exempt from taxes. Apart from that they also had the right to collect tithe from the third estate, which, of course, enabled them to accumulate wealth even more. Even though some sword (old) nobles would often forget about their feudal dues, the robe (new) nobles would never miss what was theirs.

It comes as no surprise that many peasants were angry about this established status quo, especially in the aftermath of some bad harvest years. They saw nobles leading a sumptuous lifestyle while they themselves barely scraped for food. So, no wonder that the third estate was bitter and ready to act violently.

It is possible to draw a parallel with today’s America, where the recent tax code disproportionally benefits 1% while giving only temporary cuts to the rest. If this trend continues, one day people will not be able to eat it up. Therefore, leaders need to be very careful about the policies they enact and the lifestyle they display to the public. Plutocracy is not something the majority will gladly accept.

Violence Is a Virus

Violence is very addictive. Once it starts, it spreads over a country like plague. With the siege of Bastille up to the execution of Robespierre France was engulfed by the bloody madness. What started as a peasant uprising turned into a full-fledged dictatorship. The guillotine never had a day off.

Once Franz Ferdinand was killed, the sharks of politics felt the blood. Brother went against brother, and the whole world dived into terror. Many wars start with a seemingly insignificant incident and evolve, or should I say devolve, into something absolutely horrifying.

Therefore, before acting on an impulse dictated by a desire to showcase strength or preserve image, any politician should stop and think. Are all those innocent casualties really worth it? Is there no diplomatic way out of the seemingly impossible conundrum?

The French Revolution should always stay not only in people’s hearts but also in their minds. This is especially important to those who really have the power to make a difference.

Hopefully, the lessons from this historical period won’t be forgotten, and the world will not plummet into yet another seemingly significant but ultimately useless war.