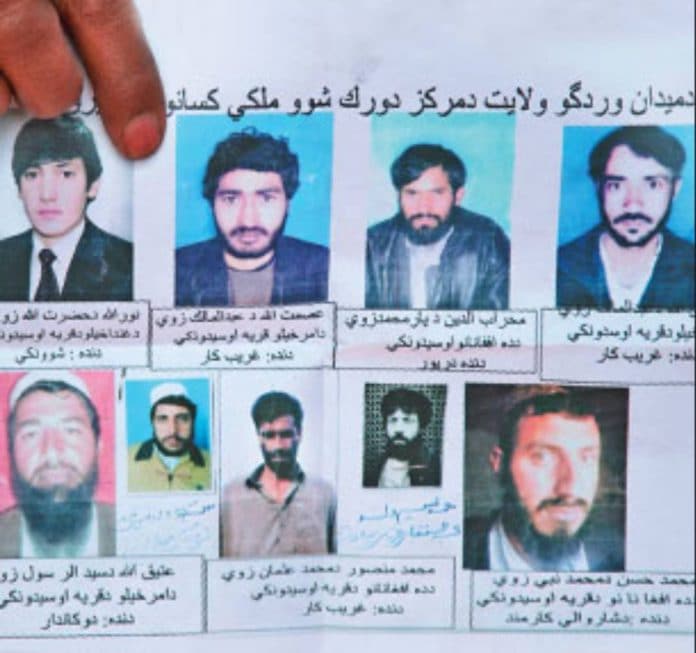 To the Honorable Gary Peters:

The appointment of Lt. General Austin S. Miller to lead the forces in Afghanistan is shameful. He is a war criminal, who has terrorized the Afghan villagers.

As they are the victims of human rights abuses and war crimes, the Afghan villagers have a right under international law to defend themselves and their independence. After watching the Senate Armed Services Committee’s hearing on June 19th, I realize that the United States government does not want to end its war and occupation of Afghanistan. 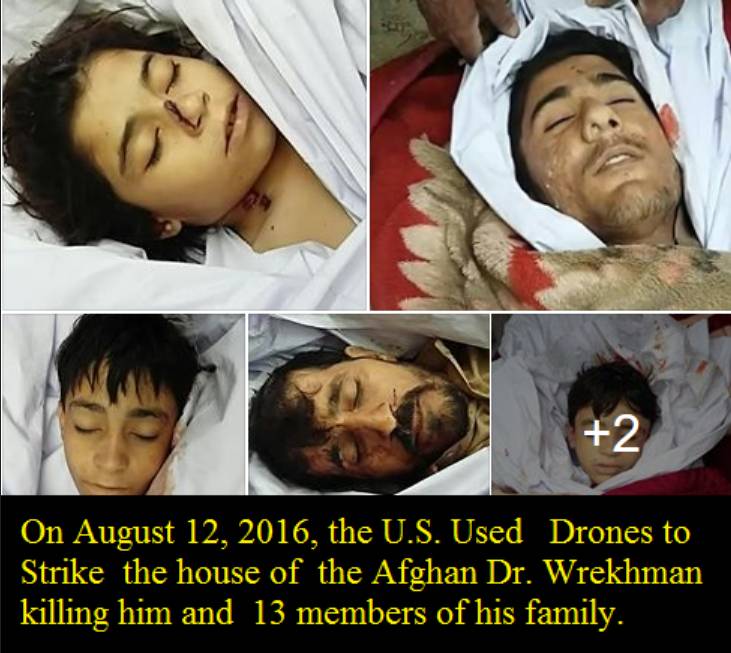 From 2012 through 2014, Lt. Gen. Miller was in command of the JSOC (“A-Team”) in Afghanistan. He is responsible for the deaths of many Afghan villagers. For example, in the fall of 2012, in the District of Nerkh in the Province of Wardak, many Afghan villagers were wrongfully disappeared, abused, tortured and killed under his command.

The U.S. government states that it is protecting Afghan women yet U.S. special operation forces have been responsible for terrorizing and killing many Afghan women including two pregnant Afghan women in February 2010 in Paktia Province. There was a pattern of such human rights abuses and war crimes.

Instead of now awarding him with the position as commander of the forces in Afghanistan, the U.S. government should investigate him and prosecute him for these war crimes committed under his command. The Afghan villagers have suffered enough. 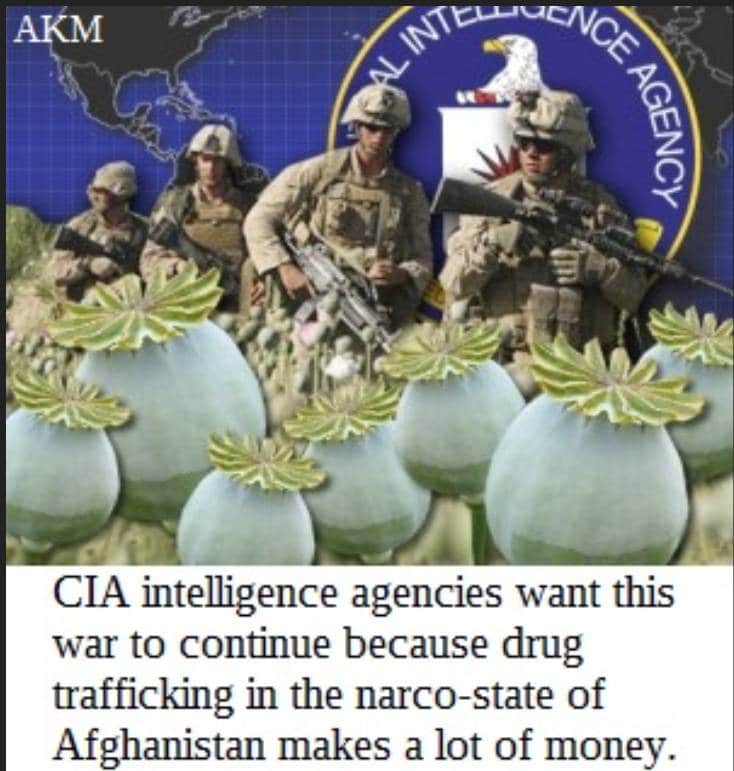 Now they are going to be subjected to more abuse and war crimes under his command? The United States must go above and beyond the rule of law and set the example for the world. During these past 17 years the United States government has not followed the law. A good start in changing course would be not to appoint Lt. Gen. Miller, who is responsible for war crimes in Afghanistan.

The Senate Armed Services Committee needs to look out for the interests of the American people instead of the war profiteering, large corporations, who want to sell their MRAP. Instead of the members of the Senate’s Armed Services Committee questioning Lt. Gen. Miller about the longest war and corruption, the Senators talked about the purchase of defense contractors’ military equipment.

I strongly believe it is in the interests of the American people not to have war crimes committed against the Afghan people by U.S. forces led by commanders such as Lt. Gen. Miller and to not have their tax dollars used in endless purchases of war machines to perpetuate an illegal war that has been lost and cannot be won in Afghanistan even with the numerous changes of commanders. 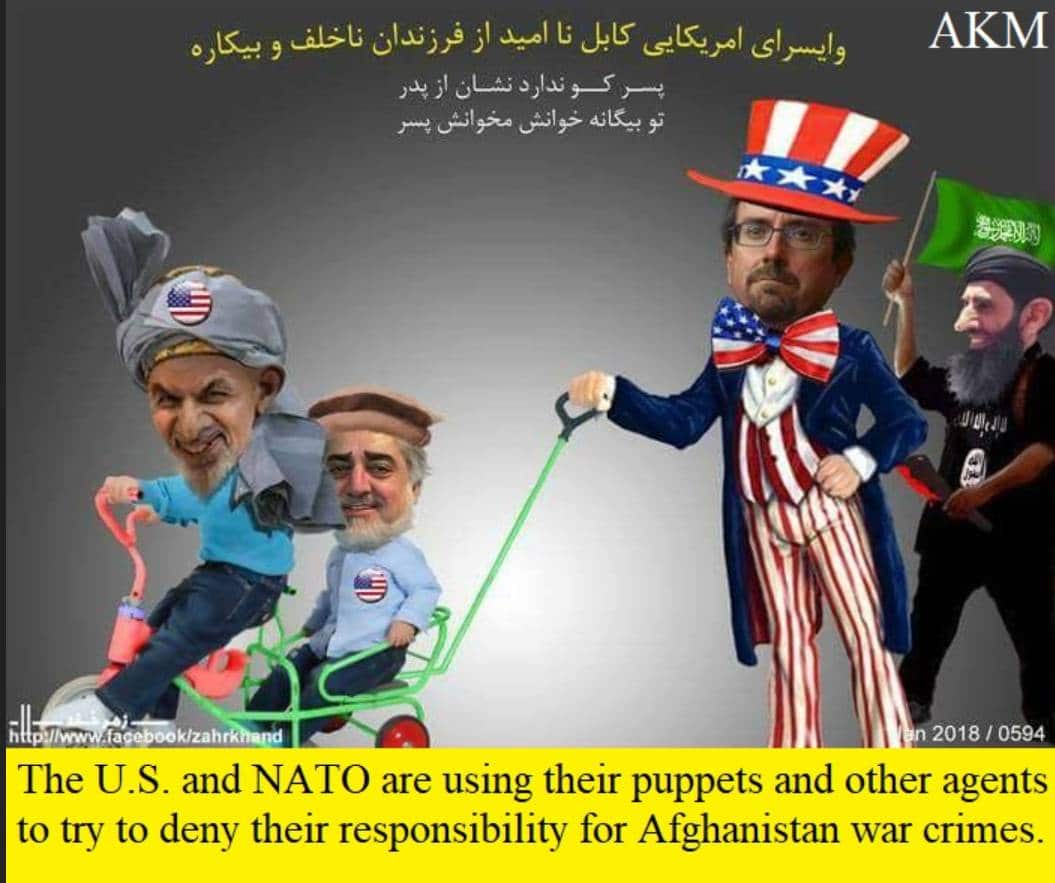 The war is about the control and exploitation of the Afghan people’s vast deposits of Rare Earth Elements, which are located primarily in Helmand Province, the trillion dollar drug trafficking business and (money) the continuation of the war and occupation for war profiteers.

It is a fact that under the Taliban government rule the drug trafficking and poppy production was almost completely eradicated. Even the United Nations General Assembly in October 2001 acknowledged this fact when it referenced the Taliban’s 2000 Opium Eradication Program.

Every Afghan knows that historically the CIA and Northern Alliance have always been the drug traffickers in Afghanistan. I believe it is also common knowledge that the CIA and JSOC fund their dirty, secret operations through dirty money that comes from laundering that drug money through CIA shell companies and banks in the Middle East and off-shore.

It is common knowledge that JSOC does not report to Congress. The CIA started this type of funding for its operations back in the 1980s. As many have discovered, unfortunately heroin has become part of the war agenda. I believe the United States is responsible for making Afghanistan a narco state with a corrupt puppet Afghan government with many top officials involved in this drug trafficking. I am saddened that so many Afghans, Americans and others have become heroin addicts because of this drug trafficking.

I am saddened that the war profiteers are becoming richer and the U.S. war machine grinds on at the expense of the ordinary Afghan majority, who suffer and will continue to suffer due to a military/intelligence controlled foreign policy. This war and occupation in Afghanistan, with JSOC special operation forces, CIA operatives and private mercenaries is beyond the rule of law, outside congressional oversight and fits the definition of terrorism.

The U.S. Senate’s Intelligence Committee’s release in December, 2014 of a 525-page summary of the CIA’s treatment of detainees and torture is an example of departments and agencies of the U.S. government not following the law. It is just the tip of the iceberg.

I am sure the U.S. government has millions of pages of documents regarding war crimes committed by the U.S., its private contractors, its Afghan thugs and puppet government against Afghan civilians that have not been released to the American public and world.

I hate war. I fought in the war in Afghanistan in the 1980s against the Soviet Union to end communism. I do not want to see the United States end up like the former Soviet Union. I only want true peace.

In order for there ever to be any chance at peace, Lt. Gen Miller must not be appointed.

In reality, to truly be peace in Afghanistan I strongly believe that all foreign troops must leave and the U.S. occupation must end. I look forward to hearing from you. Thank you for your consideration.