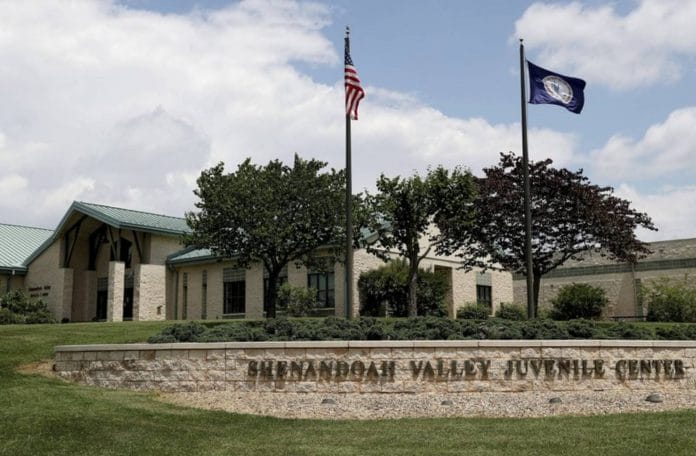 WASHINGTON (AP) — Immigrant children as young as 14 housed at a juvenile detention center in Virginia say they were beaten while handcuffed and locked up for long periods in solitary confinement, left nude and shivering in concrete cells.

The abuse claims against the Shenandoah Valley Juvenile Center near Staunton, Virginia, are detailed in federal court filings that include a half-dozen sworn statements from Latino teens jailed there for months or years.

Multiple detainees say the guards stripped them of their clothes and strapped them to chairs with bags placed over their heads.

“Whenever they used to restrain me and put me in the chair, they would handcuff me,” said a Honduran immigrant who was sent to the facility when he was 15-years-old. “Strapped me down all the way, from your feet all the way to your chest, you couldn’t really move. … They have total control over you. They also put a bag over your head. It has little holes; you can see through it. But you feel suffocated with the bag on.”

In addition to the children’s first-hand, translated accounts in court filings, a former child-development specialist who worked inside the facility independently told The Associated Press this week that she saw kids there with bruises and broken bones they blamed on guards. She spoke on condition of anonymity because she was not authorized to publicly discuss the children’s cases.

In court filings, lawyers for the detention facility have denied all the allegations of physical abuse detailed in the lawsuit, which span from 2015 to 2018.

Many of the children were sent there after U.S. immigration authorities accused them of belonging to violent gangs, including MS-13. President Donald Trump has repeatedly cited gang activity as justification for his crackdown on illegal immigration.

Trump said Wednesday that “our Border Patrol agents and our ICE agents have done one great job” cracking down on MS-13 gang members. “We’re throwing them out by the thousands,” he said.

But a top manager at the Shenandoah center said during a recent congressional hearing that the children did not appear to be gang members and were suffering from mental health issues resulting from trauma that happened in their home countries — problems the detention facility is ill-equipped to treat.

SOURCEAssociated Press
ATTENTION READERS
Due to the nature of independent content, VT cannot guarantee content validity.
We ask you to Read Our Content Policy so a clear comprehension of VT's independent non-censored media is understood and given its proper place in the world of news, opinion and media.