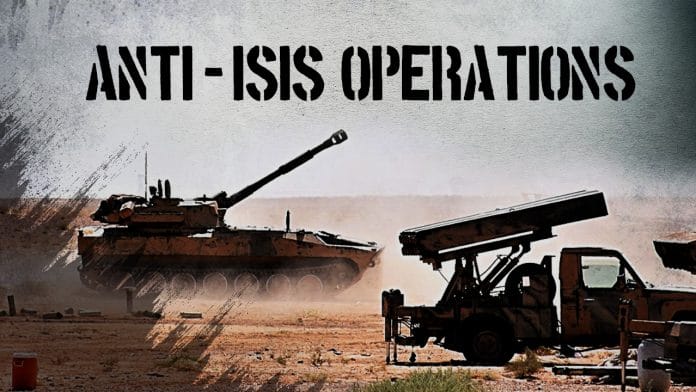 Fighters of the Syrian Arab Army (SAA) and the Tiger Forces have liberated the villages of Musaykah and al-Dallafa from militant groups in northeastern Daraa. Thus, they de-facto besieged the militant-held area of al-Lajat and cut off supply lines to it.

According to pro-militant sources, at least 7 government fighters were killed and a vehicle and a battle tank were destroyed in the clashes.

On June 19, units of Hayat Tahrir al-Sham (formerly Jabhat al-Nusra, the Syrian branch of al-Qaeda) attacked an SAA position in the area of al-Fukharah in northern Latakia. Nine soldiers and officers of the SAA were killed.

Hayat Tahrir al-Sham and other militant groups continue to undermine a de-escalation zones agreement reached by Turkey, Iran and Russia in the Astana format. The further escalation of actions by militants in northern Latakia, southern Idlib and western Aleppo may force the SAA and its allies to implement a military option to put an end to these attacks.

On June 20, the Syrian state media announced that the SAA had cleared 2,500km2 between Palmyra and Humaymah in the province of Homs from ISIS cells. Government troops secured at least 14 settlements during these efforts. Separately, the SAA cleared 1,200km2 between the areas of Faydat ibn Muiny’a, the T-2 station, M’aizliyah and Dahrat Wadi al-Miyah in the southern part of Deir Ezzor province.

The Syrian military also deployed additional reinforcements in the border town of al-Bukamal, which has recently faced a series of attacks by ISIS.

Government forces also achieved notable gains against ISIS cells in eastern al-Suwayda where they secured 11 various locations, including settlements and important hills. Despite this, hundreds of ISIS members are still reportedly operating in the desert area.

Representatives of the Syrian government and opposition are expected to have a meeting on a constitutional committee on July 10, according to Qadri Jamil, a leader of the so-called Moscow platform of the Syrian opposition. However, there is still a problem with forming the list of opposition representatives. In other words, some Turkish-backed groups are ignoring this initiative.

Seaprately, Russian Presidential Envoy for Syria Alexander Lavrentyev said that the Kurds will be represented in the constitutional committee.

“There will be Kurdish members of the opposition and government delegation, as well as civil society members. We [call] for refraining from attempts to divide the Kurds into pro-Turkish, pro-Syrian ones and those associated with the People’s Protection Units and the Democratic Union Party that Ankara views negatively,” he said.

The establishing of a committee tasked with drafting a new Syrian constitution is one of the key points agreed in the framework of diplomatic efforts by Damascus, Ankara, Teheran and Moscow to solve the current crisis in Syria by peaceful means.