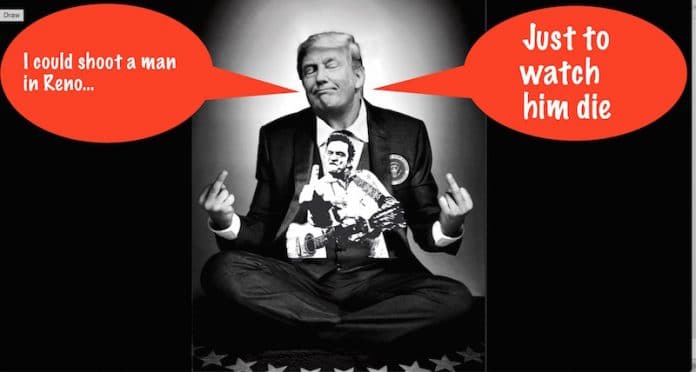 In a long-anticipated move, Donald Trump announced today that he has permanently and pre-emptively pardoned himself for all crimes he has committed, is in the process of committing, is currently planning, or may commit in the future. Speaking at an impromptu press conference at Russian Mafiya headquarters on the top floor of Trump Tower, Trump added that he is extending the pardon to excuse himself not only for felonies, misdemeanors, traffic citations, and parking tickets, but also sexual indiscretions, mistakes, blunders, catastrophes, nuclear holocausts, and anything else that he might conceivably do wrong. He added that the pardon definitely covers wrongful acts committed against children, including kids in immigration detention and child sex slaves aboard Jeffrey Epstein’s Lolita Express airline.

Challenged about whether presidents really have such sweeping powers to pardon themselves, Trump deferred to his attorney Rudy Giuliani. The former New York mayor and 9/11 suspect asserted that Trump does indeed have the right to absolutely absolve himself of responsibility for every conceivable crime, failure, or plain old stupid mistake. “If the President of the United States can’t shirk responsibility for his actions, who can?” Giuliani asked rhetorically. “Even the Pope, who is infallible, can offer himself absolution for the mistakes he is incapable of making. Obviously fallible presidents, who really do make mistakes, also need a cosmic get-out-of-jail-free card.”

Giuliani went on to argue that self-pardoning is the key to psychological health. “People who can’t forgive themselves tend to be wracked with guilt. We don’t want a President going crazy, wringing his hands and crying ‘what have I done?'”

As he left the press conference, Trump demonstrated his impunity by grabbing the genitalia of a female reporter and blurting out “pardon me!” 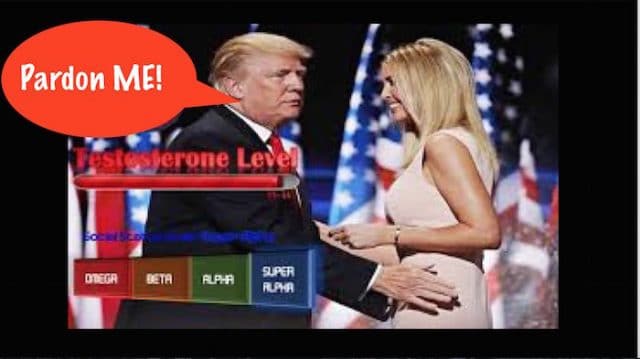